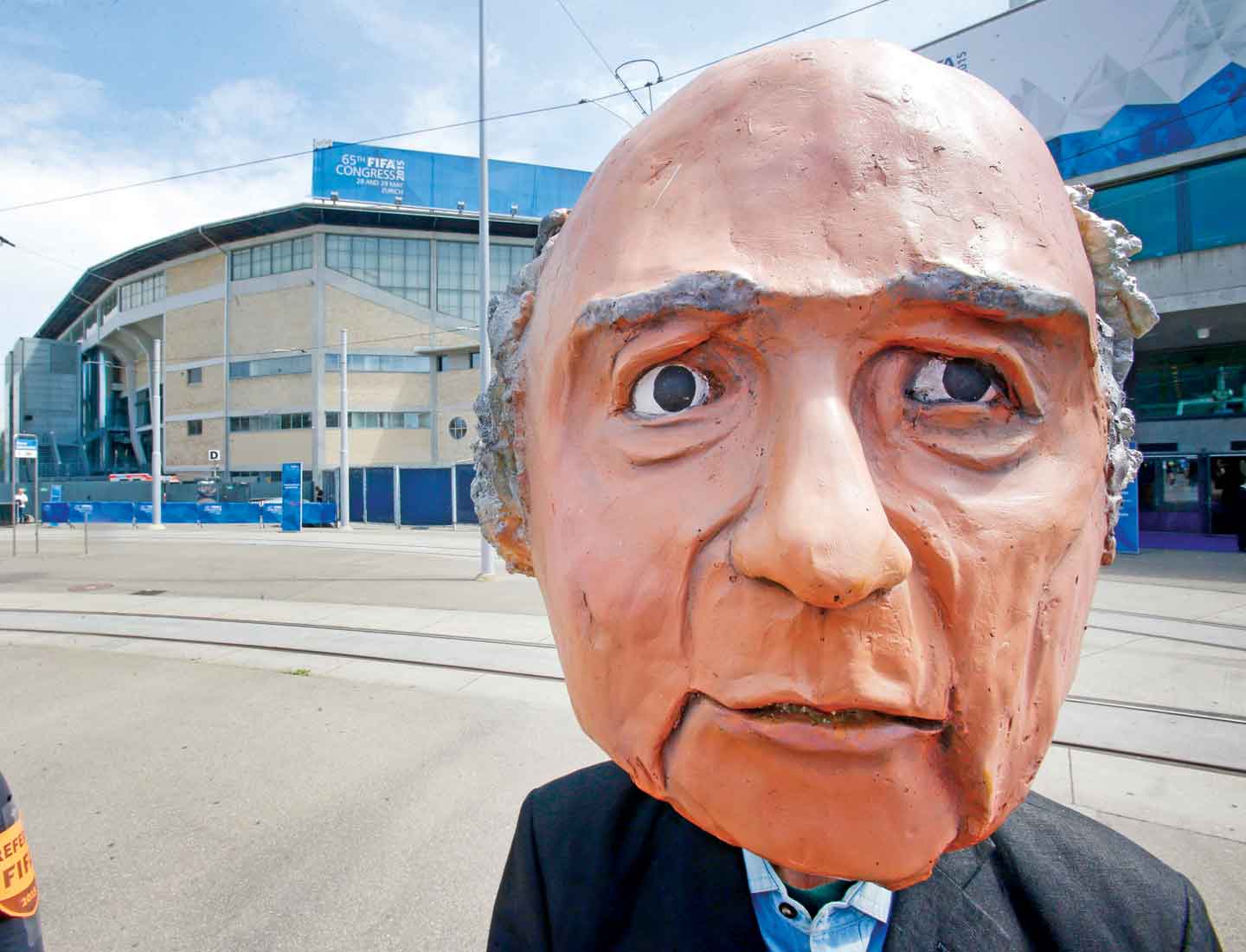 A protester outside the 65th FIFA congress in Zurich wears a mask in the likeness of FIFA president Sepp Blatter, who was reelected to a fifth term despite a wide-ranging corruption scandal. Five days later, Blatter abruptly announced that he would be stepping down due to his “deep care for FIFA and its interests.”