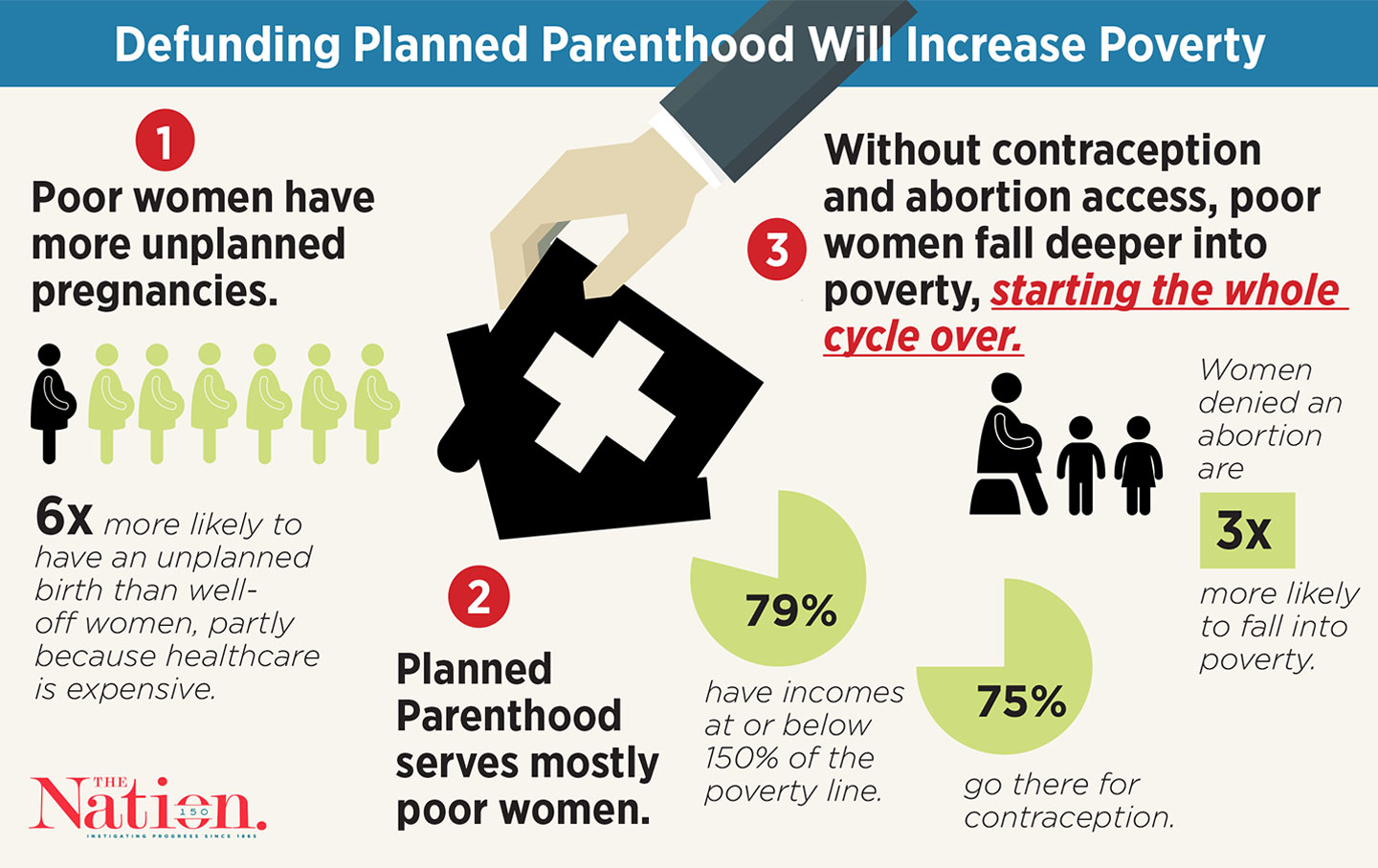 Already forgotten in the aftermath of the San Bernardino shootings is a more persistent terrorist threat to average Americans: right-wing extremists. Robert Lewis Dear, who shot and killed three people at a Planned Parenthood clinic in Colorado Springs, has since pleaded guilty to being a “warrior for the babies.” His actions follow a long tradition of violence against abortion providers. That violence is increasing: The number of clinics reporting threats and targeted intimidation has increased from about 25 percent to more than 50 percent since 2010.

Dear’s terrorism hasn’t affected the GOP’s congressional crusade against the women’s-healthcare provider, however. Immediately after the shooting, Senate Republicans said they would proceed with efforts to defund Planned Parenthood, which currently receives about $500 million from the federal government. About 80 percent of Planned Parenthood’s clients are low-income (which is measured as being at or below 150 percent of the federal poverty line).

Unintended pregnancies among poor women have been increasing, while those among well-off women are falling.

What terrorists like Dear and Republicans in Congress want is basically the same: to shut down Planned Parenthood and deny women access to abortions. If they got their wish, it would serve only to make poor women poorer and increase the number of unintended pregnancies.

Indeed, unintended pregnancies are already concentrated among low-income women, an imbalance that has been increasing. The rate of such pregnancies among women with incomes below the poverty line jumped 56 percent from 1994 to 2008, while for higher-income women it actually fell by 24 percent. In 2008, the unintended-pregnancy rate for poor women was more than five times that of the most well-off. All of this means that poor women have higher rates of unplanned births as well as abortions—six times and five times higher, respectively—than women at the other end of the income scale. Poor women also have fewer places to turn for affordable contraception and reproductive care—except for organizations like Planned Parenthood.

Taking away the option to seek an abortion would not just infringe on the constitutional rights of poor women; it would almost certainly make them poorer. If Roe v. Wade, the Supreme Court case that made abortion legal throughout the country, were overturned and states were allowed to implement their own bans, poorer nonwhite women would see their abortion rates decline more significantly, according to researchers. In part, this would be due to the simple problem of having to travel long distances just to reach a clinic.

Current research already tells us what happens to women who want an abortion but can’t get one. Women who seek to terminate a pregnancy but are turned away are three times more likely to fall below the poverty line over the following two years than women who successfully get an abortion. They are also more likely to end up unemployed and to rely on government benefits to get by. Women themselves already know this: Among the main reasons they cite for seeking the procedure is that they can’t afford to have a baby, and that doing so would interfere with their ability to work or gain an education.

Access to reproductive healthcare is certainly about women’s right to bodily autonomy. But doing away with that right also comes with devastating economic consequences, especially for those already at the bottom. Eliminating Planned Parenthood would create a vicious cycle of impoverishment and unwanted pregnancies for the most vulnerable women among us.