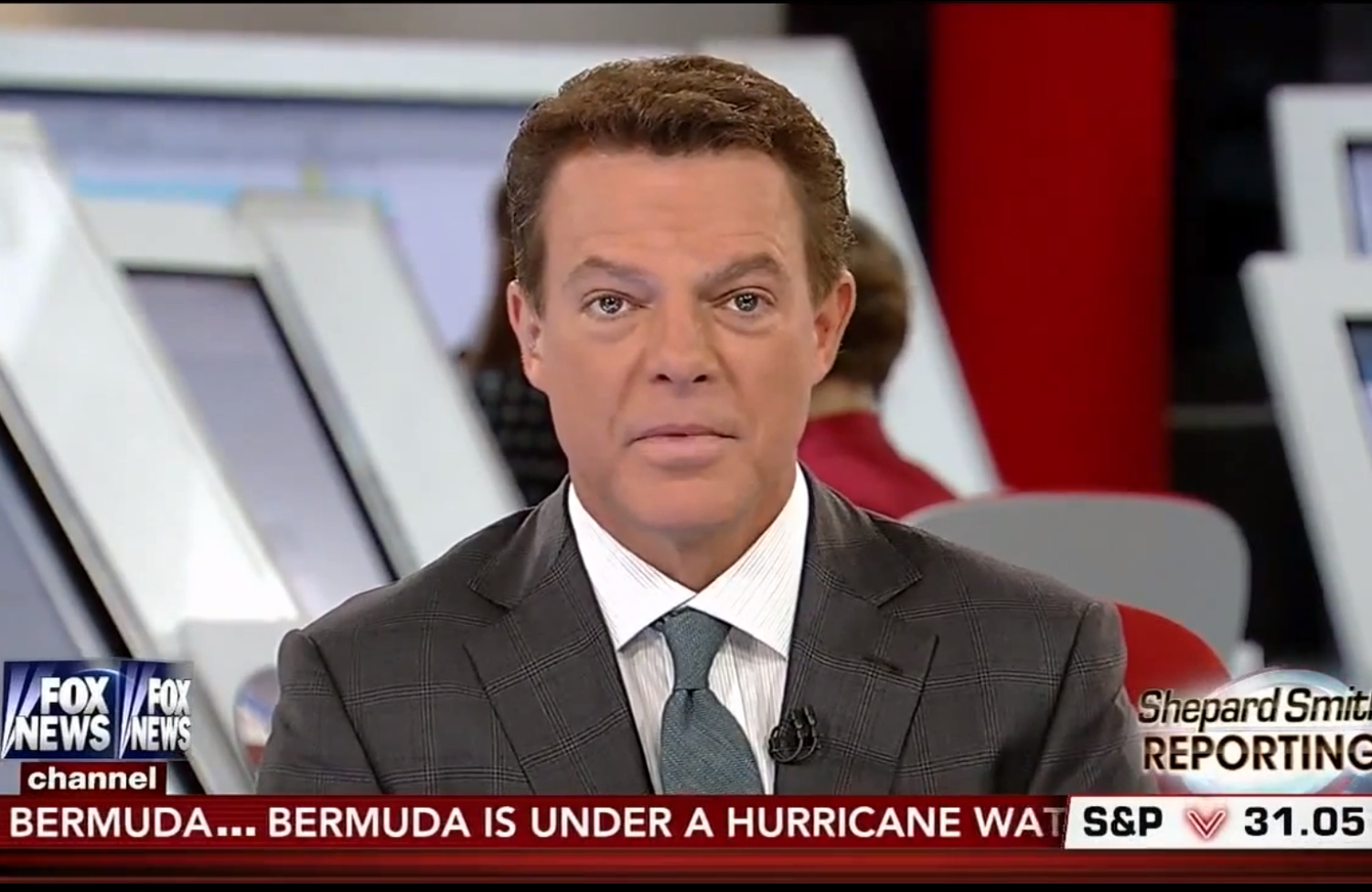 Shep Smith, often the sole voice of reason on Fox News, had had enough of his colleagues’ conspiratorial, “hysterical” and “irresponsible” fear-mongering over Ebola.

Earlier this week, Laura Ingraham had called CDC director Dr. Thomas Frieden “the Baghdad Bob of the health care community,” Bill O’Reilly and Brit Hume agreed that “the federal government under President Obama [is] not telling the truth” about Ebola, Sean Hannity said he wouldn’t cover the CDC press conference because “I don’t trust them,” and Fox house shrink Keith Ablow decided that Obama is letting Ebola into America because he “may literally believe we should suffer.” And that’s just a sampling of the crazy.

And so yesterday, Shep told his media brethren and the viewers they’re freaking out to take a deep breath and, basically, to ignore Fox. “Do not listen to the hysterical voices on the radio or television or read the fear-provoking words online,” he said. “The people who write and say hysterical things are being irresponsible.

He gave them an extra strong hit of fact-based reality:

You should have no concerns about Ebola at all. None. I promise. Unless a medical professional has contacted you personally and told you of some sort of possible exposure, fear not.…

Suggestions have been made publicly that leaders and medical professionals may be lying to us. Those suggestions are completely without basis and fact. There is no evidence of any kind of which we at Fox News are aware that leaders have lied about anything regarding Ebola.

I report to you with certainty this afternoon that being afraid at all is the wrong thing to do. Being petrified and that’s a quote, is ridiculous. The panic that has tanked the stock market and left people fearful their children will get sick at school is counterproductive and lacks basis in fact or reason. There is no Ebola spreading in America. Should that change, our reporting will change. But there is nothing to indicate that it will.

There is one concrete thing you can do to fight your fears, he said:

Best advice for you and your family at this moment get a flu shot. Unlike Ebola, flu is easily transmitted. Flu with resulting pneumonia killed 52,000 Americans last year alone. A flu shot will reduce your chance of getting flu. So get one.

We’ve also heard a lack of hysteria from Fox’s Greta Van Susteren, who took on O’Reilly by name. “My colleague, Bill O’Reilly, has called for the head of the CDC to resign. I disagree totally with him. I think Dr. Frieden has done a good job and I want him to continue to lead this,” she said Monday.

“I think Bill O’Reilly’s dead wrong on this one.”

But mostly it’s Shep who, from time to time, actively counters the Fox narrative. (Keep in mind, he’s not risking his job by doing so. Last year he signed a multi-year, multimillion-dollar contract, making him Fox’s second-highest paid anchor, after O’Reilly.) On many issues—birtherism, climate change and, most famously, torture (“I don’t give a rat’s ass if it helps,” he once shouted. “We are America! We do not fucking torture! We don’t do it!”)—Smith has bucked the Fox fear-and-hate machine.

Media Matters has put together a handy video of “Seven Times Shep Smith Was Fox News’ Voice Of Reason.” It starts with Smith educating Fox reporter Doug McKelway yesterday over his claim that there’s “widespread panic across the country.”