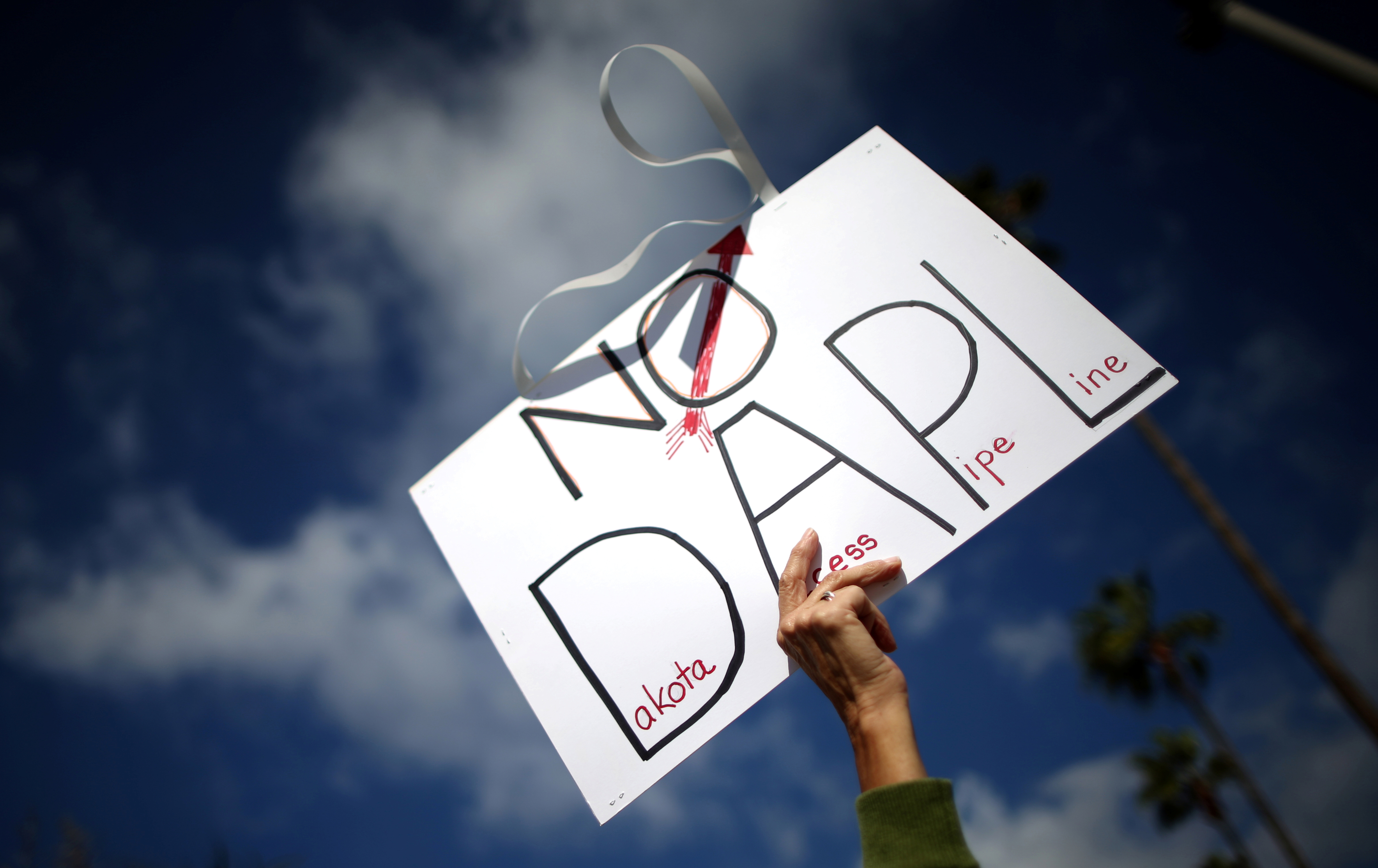 Despite protesters’ months-long efforts, the Dakota Access Pipeline is almost complete in North Dakota. Private security forces and police ratcheted up their use of force last weekend in order to clear a camp, deploying sound cannons and rubber bullets against largely peaceful Native American water protectors and their allies. Responding to their concerns, Obama mentioned Tuesday that his administration is looking into a possible reroute of the pipeline. Activists say, however, that that would still involve the same environmental risks and the project should be cancelled outright. Meanwhile, in the face of increased use of force, resistance efforts continue, and the fight is far from over. Here are steps you can take to support those on the ground:

1. Donate. There are numerous places to give, including the Sacred Stone and Red Warrior Legal Funds. You can also purchase and send one of the items on the Sacred Stone Amazon Wish List to help water protectors stay warm and dry as we enter the winter months.

2. Go to Standing Rock. Standing Rock protectors have put the call out for those who are able to come and join them. Keep in mind that extra bodies means extra strain on activists’ limited resources so if you go, prepare to be as self-sufficient as possible. You can find more information on what to expect if you go to the camps here.

4. Call or e-mail government representatives and Energy Transfer Partners executives and tell them you oppose the construction of the pipeline. Or call Morton County Sheriff Kyle Kirchmeier and ask him why a private pipeline required a militarized police force from seven states to intervene.

Here are some phone numbers and e-mail addresses to get you started:

b. Army Corps of Engineers (demand that they reverse the permit allowing the Dakota Access Pipeline): (202) 761-5903

5. Sign the White House petition calling for construction to stop.

6. Support solidarity rallies. A great way to start is by plugging into your local progressive and organizing networks on social media and signing up for mailing lists. Groups such as Black Lives Matter and Our Revolution have already organized local rallies and, in some cases, even bused people to Standing Rock.

7. Learn more about this important struggle: there are great articles out there about what those on the ground are experiencing, what Native people have to say about the resistance, how Native Americans are resisting modern forms of colonization, and how DAPL was rerouted away from white North Dakotans. Here are some to get you started:

“Militarized Police Are Cracking Down on Dakota Access Pipeline Protesters,” by Zoë Carpenter, The Nation
“Amy Goodman: ‘The State Cannot Stop This Journalism,’” by Lizzy Ratner, The Nation
“This Isn’t the First Time Cowboys Have Tried to Plunder 640 Million Acres of Public Land,” by Chip Ward, The Nation
“How To Talk About #NoDAPL: A Native Perspective,” by Kelly Hayes, Transformative Spaces
“Pipeline route plan first called for crossing north of Bismarck,” by Amy Dalrymple, The Bismarck Tribune