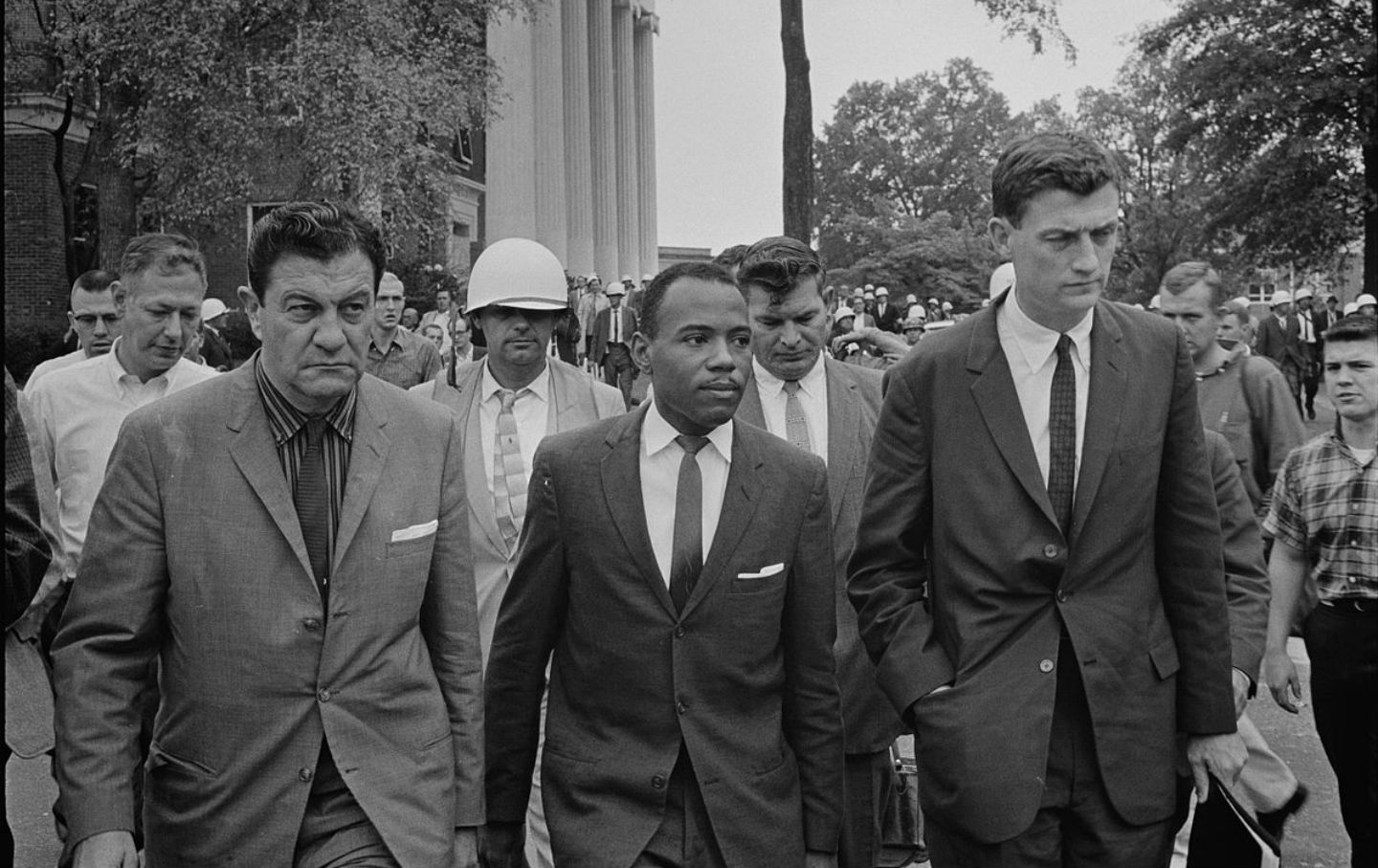 James Meredith walking to class while accompanied by marshals. Meredith was initally barred from stepping on campus after suing the university to attend. US Attorney Robert Kennedy sent the marshals once Meredith finally started classes and shortly after that, riots started on campus, which caused President Kennedy to send US troops to Mississippi. (Library of Congress)

From 1961 to 1966, the Rev. Martin Luther King Jr. wrote annual dispatches for The Nation on the success of the civil-rights movement of the past year and its intentions for the year to come. But King also contributed at least one other article to these pages, a lead editorial in 1962 on the efforts of James Meredith to become the first African-American enrolled in the University of Mississippi at Oxford. Eventually, on October 1, with the backing of the Kennedy administration, Meredith was able to enroll at the school. Yet, as King wrote in The Nation, it was an embarrassment for the country that it required the power of the federal government for American citizens to secure their basic civil rights.

This sordid American tragedy has demonstrated once again the need for vigorous and firm exercise of the powers of the Presidency in seeking to engender a climate of understanding and respect for the civil and constitutional rights of Negroes. The executive heads of our nation must not wait for some great crisis to emerge before asserting forthright action, but must make it palpably clear on a day-to-day basis that their power, their moral leadership and authority, are committed to the task of removing the ugly weight of racial discrimination from the shoulders of the nation. It may well be that the many seeds sown by long periods of Executive inaction in the advancement of civil rights in America have reached the ugly harvest of lawlessness and violence we now see in Mississippi. What are we to say to the world? Oxford, Mississippi, has placed democracy on trial. As never before, the cry of the Negro for equality and justice in our nation has been muffled, at best. But the Little Rocks, the Montgomerys, the Albanys and the Oxfords place the questioning of our world leadership on the lips of the emerging African and Asian nations. We cannot stand before the judgment bar of world opinion so long as there erupts an Oxford, Mississippi. What we are doing speaks so loud they cannot hear what we say.