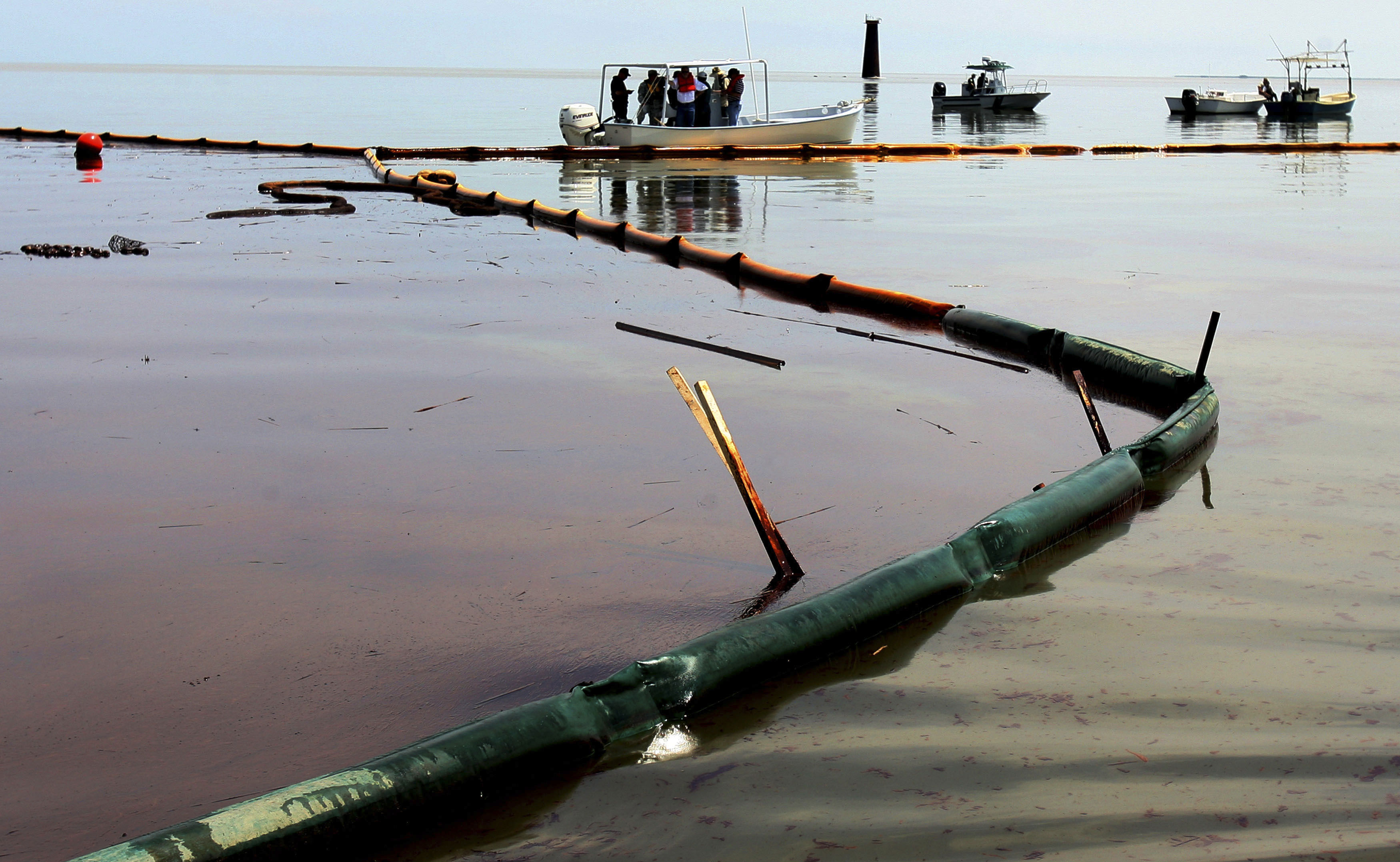 Oil floats on the surface in Pass A Loutre near Venice, Louisiana (Reuters/Sean Gardner)

Louisiana Senator David Vitter made headlines on conservative websites in the last few days by releasing a report called “Chain of Environmental Command: How a Club of Billionaires and Their Foundations Control the Environmental Movement and Obama’s EPA.”

Below the lengthy title is a report that claims breathlessly that environmental and public health foundations are part of “a close knit network of likeminded funders, environmental activists, and government bureaucrats,” a cabal responsible for spreading “bogus propaganda disguised as science and news to spread an anti-fossil energy message to the unknowing public.”

The report goes on to list groups such as the American Lung Association and the Union of Concerned Scientists as “agenda-driven far-left elites” obsessed with using “secretive backroom deals and transfers” to hide their agenda from the public. To shine a light on these organizations, the Vitter report details annual budget numbers and board membership lists scrubbed from annual tax forms that these nonprofits, like any nonprofit, are required to publish.

Though the report scolds the nonprofits as untrustworthy and elitist, there’s virtually no information in the report that details anything they have done wrong. Rather, Vitter and his staff appear to disagree with the shared policy goals of these nonprofits, which include combatting global warming as well as reducing cancer-causing pollutants from the air and water.

If there is a conspiracy afoot, as alluded to in “Chain of Environmental Command,” perhaps Vitter himself is involved.

In 2009, Vitter co-sponsored the Lung Cancer Mortality Reduction Act, legislation to require several federal agencies to work together on a comprehensive plan for reducing lung cancer mortality. The American Lung Association, one of the groups targeted by the Vitter report as a purveyor of “bogus propaganda,” helped pass the legislation, which was signed into law last year.

Or what about the RESTORE Act, which funds coastal restoration and economic recovery projects along the Gulf Coast using fines generated from the 2010 BP oil spill? The legislation was supported by the Environmental Defense Fund, the Nature Conservancy, the National Audubon Society and the National Wildlife Federation. All four groups were named in Vitter’s report as members of the pernicious “Club of Billionaires.” Vitter regularly boasts that he was a champion of this environmental group-backed legislation, which was signed into law in 2012.

A request to comment from Vitter’s office was not returned.

The change in tone from Vitter corresponds closely to his new perch as the top Republican on the Environment and Public Works Committee, a position he secured last year. Since 2013, Vitter has positioned himself as a close ally of the fossil fuel industry, attempting to block the confirmation of the Environmental Protection Agency administrator and going so far as to proclaim, “God bless the Koch brothers.”

Fossil fuel companies have leaned on congressional Republicans to block new environmental regulations. But with little influence within the Obama administration and without control of the Senate, lawmakers close to the industry have lashed out at public health advocates and scientists. Just as Vitter is now targeting NGOs, the GOP on the House Science Committee has begun subpoenaing scientists that have researched air pollutants, a move widely condemned by observers.