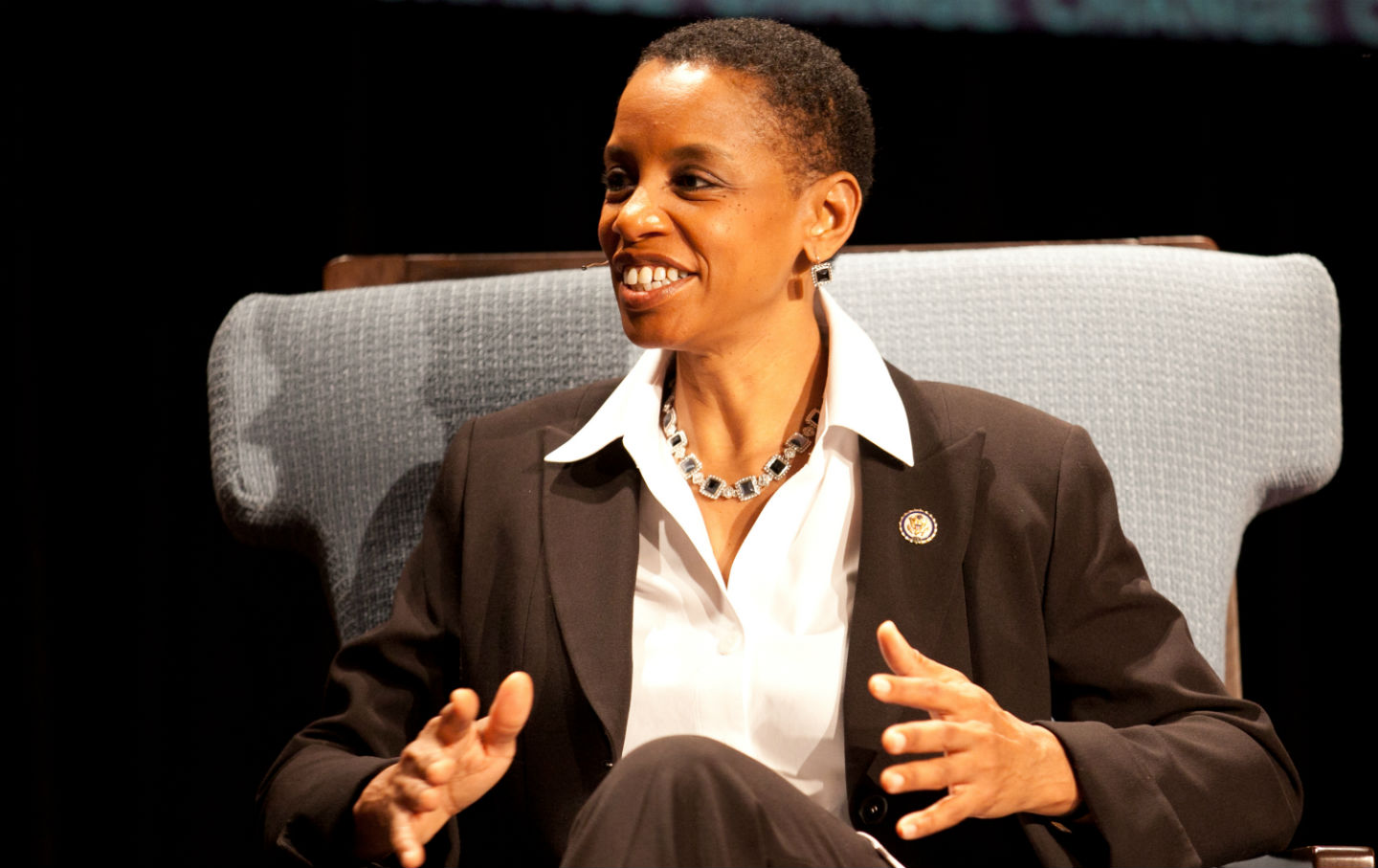 The Democratic primary for Maryland’s open US Senate seat will be one of the most closely watched in the country, and potentially one of the most expensive. One candidate, Representative Donna Edwards, announced Thursday that she will not accept any donations from “Wall Street banks.”

In a letter to the progressive group Democracy for America, Edwards wrote “I don’t want Wall Street’s money. I don’t work for them. I work for you.” She cited recent reports that large financial institutions were threatening to withhold funding from the Democratic Senatorial Campaign Committee because of Senator Elizabeth Warren’s rising prominence in the party, and former Labor Secretary Robert Reich’s corollary call for the DSCC to pre-emptively reject any Wall Street donations.

The campaign for Representative Chris Van Hollen, Edwards’ high-profile opponent in the race, declined to comment.

Swearing off Wall Street donations might not be a huge impediment for him; the financial sector has not been a traditionally large source of support for Van Hollen’s campaigns nor his leadership PAC. Employees of securities and investment companies was only his tenth-biggest source of individual contributions to his campaign in 2014, and there were no big Wall Street banks in the top 20 individual contributors to his leadership PAC. Financial sector trade groups have at times attacked Van Hollen, as they did earlier this year when he included a financial transactions tax in his budget action plan.

But if he refuses to agree to the pledge, it could give Edwards a powerful rhetorical weapon in the campaign, and help her paint Van Hollen as too close to Wall Street. It’s also a fundraising tool for Edwards—in her letter to DFA members, she asked for small-dollar donations.

More broadly, Edwards is the first 2016 candidate to refuse Wall Street donations in a race. Some progressive groups are hoping it becomes a trend. “If Democrats want to prove that they’re not owned by Wall Street bullies, it starts by making clear that you can’t be bought and we’re hopeful that other House and Senate candidates will join Donna Edwards in boldly speaking out,” said DFA chair Jim Dean in a statement.

It’s not clear where the red line around “Wall Street banks” will be drawn, however.

That leaves uncertain whether donations from private equity firms, hedge funds, accounting giants, or insurance companies like AIG would violate the pledge.

Also, “Wall Street bank” is a fungible term. Bank of America, for example, is based in Charlotte, North Carolina. Colloquially, the term means a big bank—but where is the line? M&T Bank is the second-largest bank in Maryland by market share, according to the FDIC, but the thirtieth-largest in the country and generally not deemed too big to fail.

The pledge could also be hard to police. Campaigns aren’t allowed to accept a direct corporate contribution anyhow, though its associated PACs are. But if any PACs are 501(c)(4)s or otherwise non-transparent about donors, it would be impossible to know who is giving.

Edwards’ campaign did not immediately respond to a request for clarification.

Speaking about DFA’s general desire for more Democratic candidates to take the pledge, a spokesman said violations would be fairly easy to deduce—members will know it when they see it.