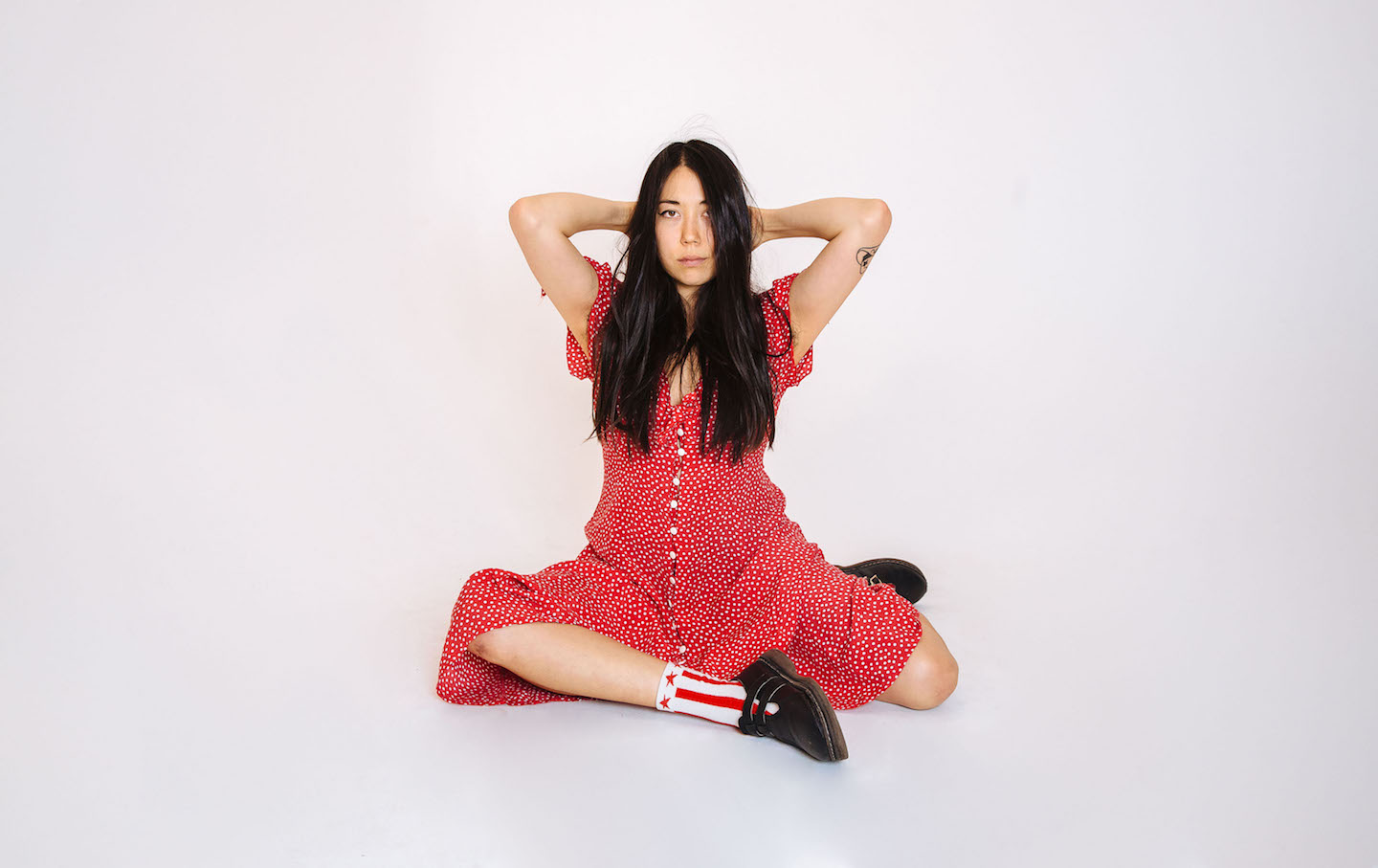 At times, reading a Sasami Ashworth lyric sheet is like reading a string of pensive, late-night texts punctuated with a shrug. “When you quantify my love / You may find it’s not enough,” she broods over corroded guitar on “Pacify,” a stormy highlight of her eponymous debut album. Then she pulls back: “But that’s OK with me.” Time and again, Ashworth—who records as SASAMI—parses personal pain in the language of acceptance rather than protest, greeting heartbreak and loss with open arms and mind. “I’m sure this happens all the time,” she sings of an impending breakup on “Free.” So it goes ¯\_(ツ)_/¯.

Hardly a newcomer to indie rock, Ashworth spent two and a half years as the resident “synth queen” in Cherry Glazerr—the West Coast pop-punk band known for sweet-and-spicy feminist bops—before signing to Domino as a solo act. This album marks the first time that she’s assumed full ownership of her music. Such a transition is never without its anxieties; for the Los Angeles native, who has noted her trepidation about writing lyrics on her own, finding the right words for her guitar-driven compositions felt like a major hurdle to clear.

But whatever the legwork involved in putting pen to paper, Ashworth has hardly stumbled—her songs are organic, resonant, and exploratory. There’s a definitive sense of play in her approach to sound: She threads her guitar riffs through knots of synthetic fog, layers in backing vocals to the point of theatricality, and experiments with the shape and clip of words (note her percussive instincts on “Jealousy,” where she rhymes “systematic” with “tragic” and “choreographic”). But it’s Ashworth’s message that anchors the album. Her words are straight-ahead, filled with the magic of self-reliance and a sense of personal discovery fostered by this new writing practice. Hearing her sing these songs is like watching someone wipe the mist from a bathroom mirror and see herself clearly for the first time in a long while.

Ashworth is, per her own estimation, “emotionally huge.” That description—of fortitude, and resilience—couldn’t ring truer. She acts as a conduit for an intimacy that comes and goes, filling her up and then leaving her alone with her thoughts. In these moments of solitude, her voice sharpens. On “Free,” she calmly anticipates a breakup: “Our time is running out.” The album opener “I Was a Window” casts Ashworth as therapist to both herself and a distant partner; she diagnoses their insecurities and describes writing out her feelings in search of clarity. Across these 10 tracks, she manages to find it; even when her conclusions are shot through with disappointment or loneliness, they’re hardly ever laced with doubt.

For Ashworth, reflection doesn’t have to be conducted quietly. For every moment of stillness this record contains—the delicate restraint of her voice over a gentle tambourine patter, or the painterly synth buildup of “Turned Out I Was Everyone”—there’s a burst of activity. “Not the Time” jump-kicks through the end of a relationship, celebrating the effort that went into it (“Even though we tried to make it work / It doesn’t!”) and looking forward to another go-round somewhere down the line. On its heels, “Morning Comes” rides a churning bass line through another story of uncoupling, punctuated by one of the album’s most vivid descriptions of fading love: “What’s obsidian, black and sure as night / Is by morning pale, grey, indefinite.”

But “Callous,” the noisiest track on the record, is by far its darkest—the anarchic standout that yanks the rug out from under everything that preceded it. Arriving deep in the album’s back half, the song is all raw skin and raw nerves, examining the intersection of intimacy and masochism, and reckoning with the consequences of vulnerability. Ashworth scrapes the bottom of her register for a somber, stagnant opening melody, ultimately wrenched open by blasts of distortion. “Callous” delivers the record’s most piercing lines (“You were born with a spoon in your throat and a gun in your hand,” she rages at her ex) and a monster of a coda—two minutes of spooky synth and gorgeous, throaty vocal incantations. It is truly huge, both sonically and emotionally.

By “Turned Out I Was Everyone,” two tracks later, the dust has settled. Ashworth closes out the record in roughly the same meditative state that she began it, only with a wider lens—resigned to her own solitude, and to everyone else’s as well. People get together, and then they fall apart; some clefts are more damaging than others, but everyone winds up “alone in the night.” However, Ashworth is not, as she says here, just like everyone else. She’s endured a vicious cycle—of fucking and being fucked—and still ends up marveling at our shared humanity. In doing so, she demonstrates uncommon grace.