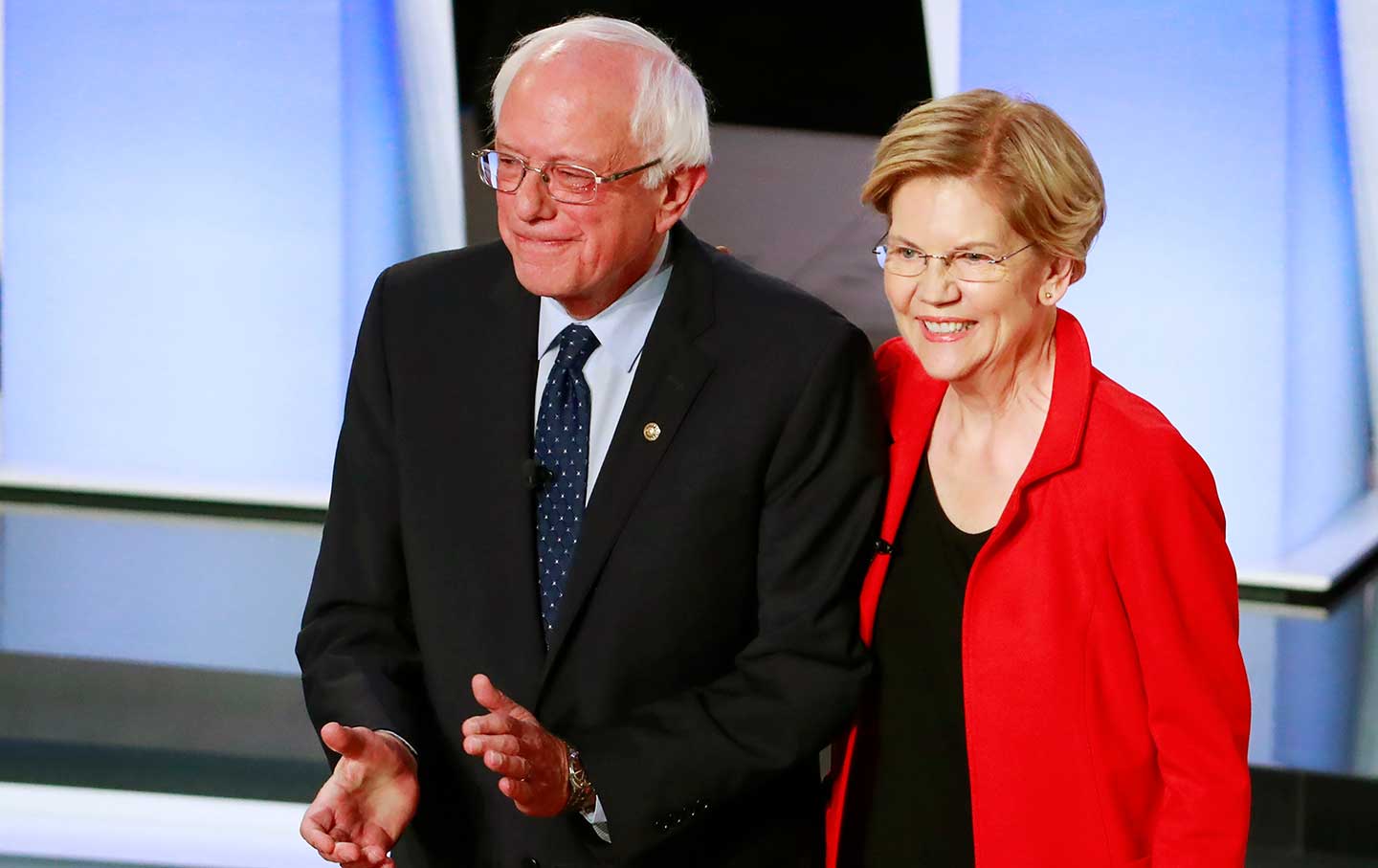 Early in the presidential race, many political analysts were eager to write off the two most progressive candidates vying for the Democratic nomination. Senator Bernie Sanders (I-VT) had taken the party establishment by surprise in 2016, they argued, but he wouldn’t be able to replicate his success in a more crowded field. Senator Elizabeth Warren (D-MA) had policy chops, they conceded, but that wouldn’t help her catch fire with voters who were most concerned with who could beat President Trump.

Those predictions have been proved wrong. Tuesday’s Democratic primary debate in Ohio will feature former vice president Joe Biden in his usual position at center stage, mirroring his place in the center lane of the nomination contest. He will be flanked by Sanders and Warren, who have emerged as his top two rivals for the nomination (with Warren now arguably the front-runner). And they will be competing in a race that, as my Nation colleague D.D. Guttenplan argues, is “dramatically widening the entire left lane of American politics.”

Sanders and Warren are upending the traditional downsized politics of excluded alternatives. Their support for policies such as Medicare for All, a Green New Deal, a wealth tax, student debt cancellation has expanded widely held notions of what is possible. These ideas have been not just mentioned in the mainstream debate; thanks to Sanders’s and Warren’s courage and clarity of vision, they have dominated the discourse. This has often left the rest of the field flailing to defend tired centrist policies or, in some cases, scrambling to move left in an attempt to keep up.