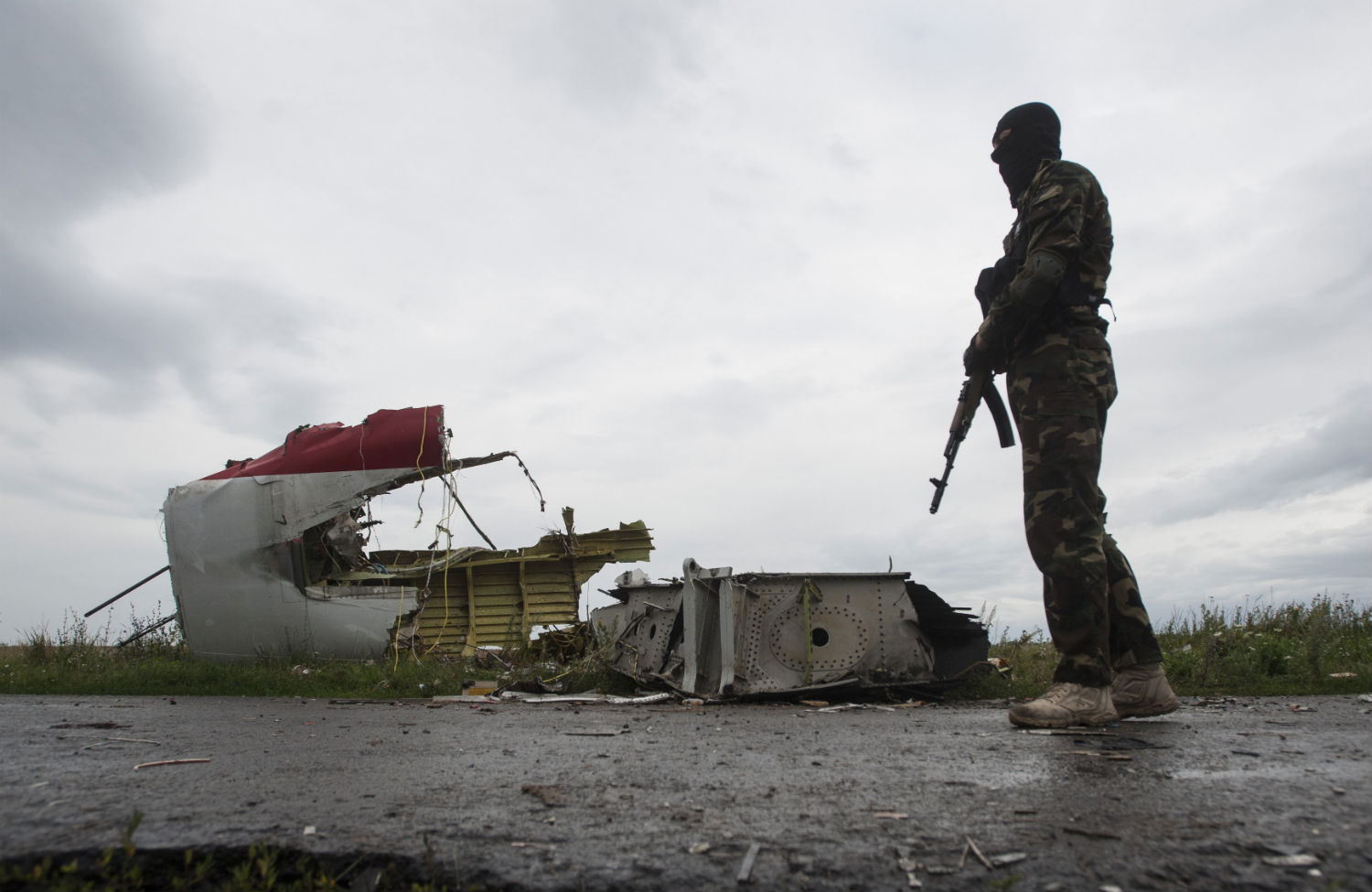 A pro-Russia fighter secures the area at the crash site of flight MH17 near the village of Hravbove, Eastern Ukraine. July 18, 2014. (AP Photo/Evgeniy Maloletka)

Nation contributing editor Stephen Cohen discussed Russian and American media reactions to the MH17 crash on the Thom Hartmann Program Friday.  "Alas, the American mainstream press is saying, essentially…the shoot-down of that commerical aircraft is the fault of Russian President Vladimir Putin," says Cohen, contending that the American press does not adequately address the complex series of events that led to the crash, or its own government's involvement in the catastrophe. In a "mirror image" of the American account, Russian media speculate that the United States is at fault because it empowered Kiev to wage a heavy artillery plane assault on Eastern cities in Ukraine, which in turn allowed rebels access to air defense equipment.  According to Cohen, this conflict is part of what he calls the "new Cold War" that has been going on since at least February.
—Hannah Harris Green