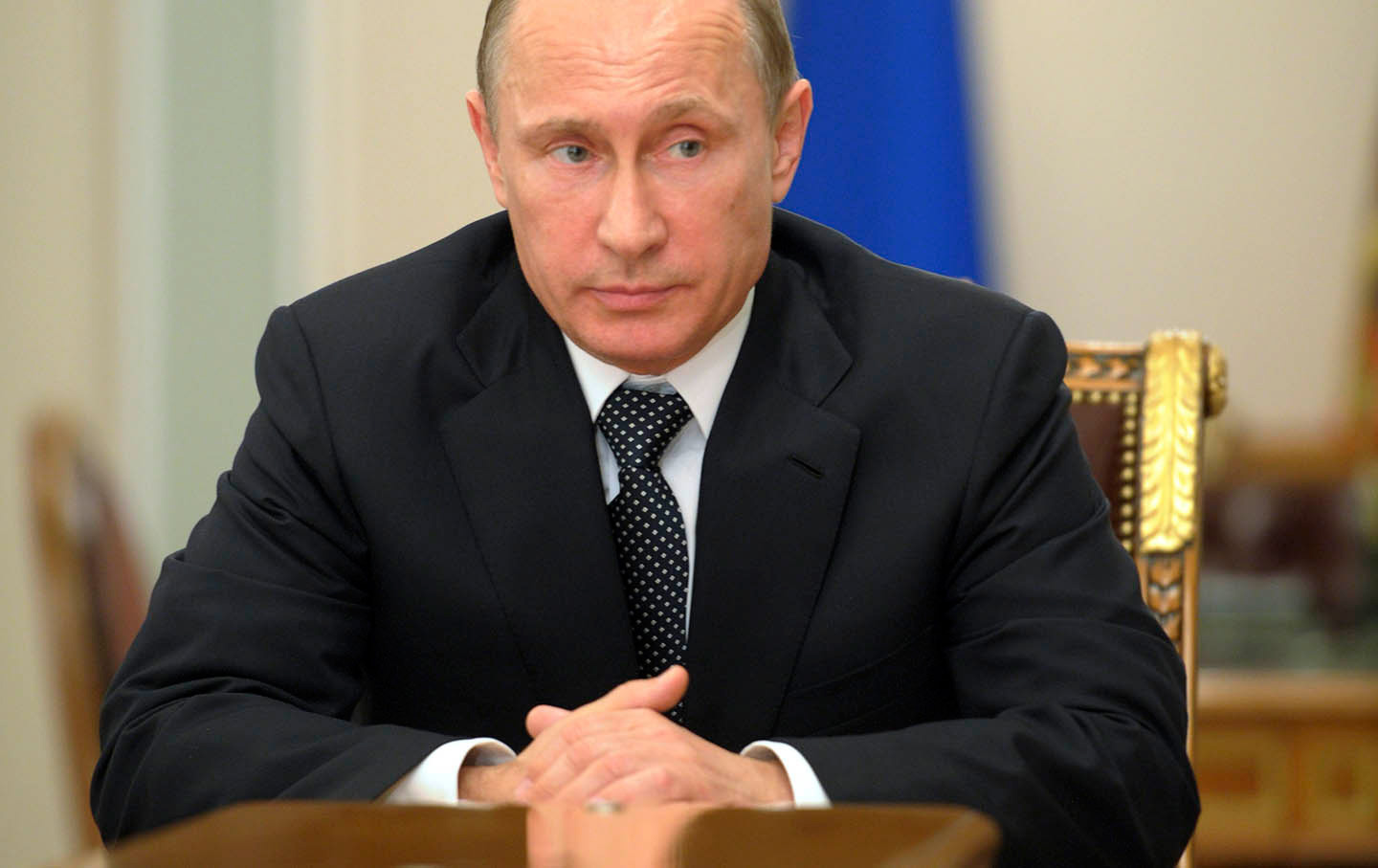 Nation contributing editor Stephen F. Cohen and John Batchelor continue their weekly discussions of the new US-Russian Cold War. (Previous installments, now in their fourth year, are at TheNation.com. This installment is posted a few days later than usual because of the Thanksgiving holiday.)

In the 1990s, the Clinton administration embraced post-Soviet Russia as America’s “strategic partner and friend.” Twenty years later, the US policy establishment, from liberals to conservatives, insists that Russia under Vladimir Putin is the number-one threat to American national security. The primary explanation for this transformed perception, which began under President George W. Bush, became more insistent during the Obama administration, and is now a virtual bipartisan axiom, lies in Washington, not in Moscow. But whatever the full explanation, it is gravely endangering US national security by diminishing real threats and preventing the partnership with Russia needed to cope with them.

Pointing out that threats can be real, uninformed misperceptions, or manufactured by vested interests, Cohen argues that Russia is not even among the top five threats to the United States today. He lists the five he sees and explains why.

1. Russiagate. Since the late 1940s, when both the United States and the Soviet Union acquired atomic and then nuclear weapons, the first existential duty of an American president has been to avoid the possibility of war with Russia, a conflagration that could result in the end of modern civilization. Every American president has been politically empowered to discharge that duty, even during the most perilous crises, until now. The still unverified but ever-more-persistent allegations that President Trump has somehow been compromised by the Kremlin and may even be its agent are the number-one threat to America because they hinder, if not cripple, his ability to carry out that existential duty. Most recently, for example, his necessary negotiations with Putin to reduce US-Russian conflicts in Syria, and instead to cooperate in that country, were treated as “treasonous”—not by a successor publication of the John Birch Society but in the pages of The New York Times and elsewhere in the mainstream media. Thus, in a way somewhat less crude but no less uninformed or detrimental to US security interests, Washington Post columnist Josh Rogin accused Trump of “playing into Russia’s hands on Syria.” Still more, the foundational allegation of Russiagate is that “we were attacked by Russia” during the 2016 presidential election, an act likened to a “political Pearl Harbor.” What could be more reckless than to insist that we are already at war with the other nuclear superpower? Lest there is any doubt about the gravity of the real national-security threat represented by Russiagate, imagine President John F. Kennedy so burdened by such allegations during the 1962 Cuban missile crisis. It is unlikely he could have negotiated its peaceful resolution as he did. And understand also that the new Cold War is fraught with such potential crises from the Baltic region and Ukraine to Syria.

2. The demonization of Putin. This too is unprecedented. No Soviet or post-Soviet leader was ever so wildly, baselessly vilified as Putin has increasingly been for more than a decade—and even more since a few selected members of a few US intelligence agencies claimed in January 2017, without making known any evidence whatsoever, that he personally ordered the “attack on America” in 2016. Demonizing Putin has become so maniacal that leading “opinion-makers” seem to think he is a Communist. Joy Reid of MSNBC actually said so, but more telling is the breathless warning of another Washington Post columnist, Dana Milbank, about “the red menace of Vladimir Putin’s Russia.” Milbank adds: “We were attacked by Russia—about this there is no doubt.” Consumers of the mainstream media may be excused for thinking that somehow the Soviet Communist “menace” has been reborn in Moscow, and indeed as an even more fearsome threat given the evil of its present-day leader. Even Trump’s own CIA Director, Mike Pompeo, evidently believes this utterly uninformed nonsense, or wishes us to do so. Warning that “we still face a threat from the Russians,” he explains: “They’re Russians, they’re Soviets.… pick a name.” Demonizing Putin is a ramifying threat. It is hard to imagine even the meager plausibility of Russiagate without such a master villain in the Kremlin. And it all but excludes, in effect delegitimizes, the national-security partner most needed by Washington—whoever sits in the Kremlin. This too is unprecedented in the nuclear age.

3. ISIS and other international terrorist organizations in pursuit of radioactive material to lace with their explosives. This actual threat would be number one if the US political-media establishment had not conjured up the preceding ones. Little more needs be said about this looming danger. Simply imagine even small quantities of radioactive material aboard the planes of 9/11, mixed with the bombs of Paris, Boston, and so many other cities, spewed in the air by the fiery explosions and borne by the wind—and wonder if those areas would be inhabitable today. This threat looms very large over Russia, the victim of so many terrorist acts since the 1990s. Now consider the value and willingness of Moscow as a security partner in this regard given its experiences, vast presence between East and West, and exceptional intelligence capabilities. This existential threat is verifiable. Russiagate and the demonization of Putin, which thwart such a partnership, are not. (P.S. In this context, the real significance of the purported scandal called “Uranium One” is whether any of that material is missing and, if so, where it is.)

4. The proliferation of states with nuclear weapons. In 1949, there were two. Today there are nine. And this in a new era of transnational ethnic and religious hatreds and wars, fanaticisms that could easily overwhelm the taboo against using such weapons. Iran and North Korea are not the only states capable eventually of acquiring nuclear weapons and the means to deliver them. (Every time the United States militarily attacks a non-nuclear state, others feel the imperative to acquire them.) And, experts have long warned, the high-alert/hair-trigger status of American and Russian nuclear weapons is an accident waiting to happen. The best and most immediate national-security step President Trump could take today is to negotiate with Putin an end to that perilous status. Putin has indicated a willingness to do so. But would threats number one and two prevent President Trump from doing so?

5. Climate change—the science is sound and evident—and global income inequality, which breeds misery, resentments, fanaticism, and thus terrorism around the world. (According to recent studies, “The richest 1 percent of the world’s population now owns more than half of global wealth, and the top 10 percent owns about 90 percent.”) Cohen ranks these growing threats below the others because he is focused on what a US-Russian bilateral partnership could achieve. These two require a much larger international alliance and considerably more time.

Cohen ends by explaining why neither Russia nor China are on his list. Russia—because it represents no threat to the United States at all (apart from a nuclear accident or miscalculation), except those Washington and NATO have themselves created. China—because its historical moment as a very great power has come. It may be an economic and regional rival to the United States, but an actual threat (at least thus far) only if Washington also makes it one. The expanding alliance between Russia and China, itself significantly a result of unwise Washington policymaking, is a separate subject.