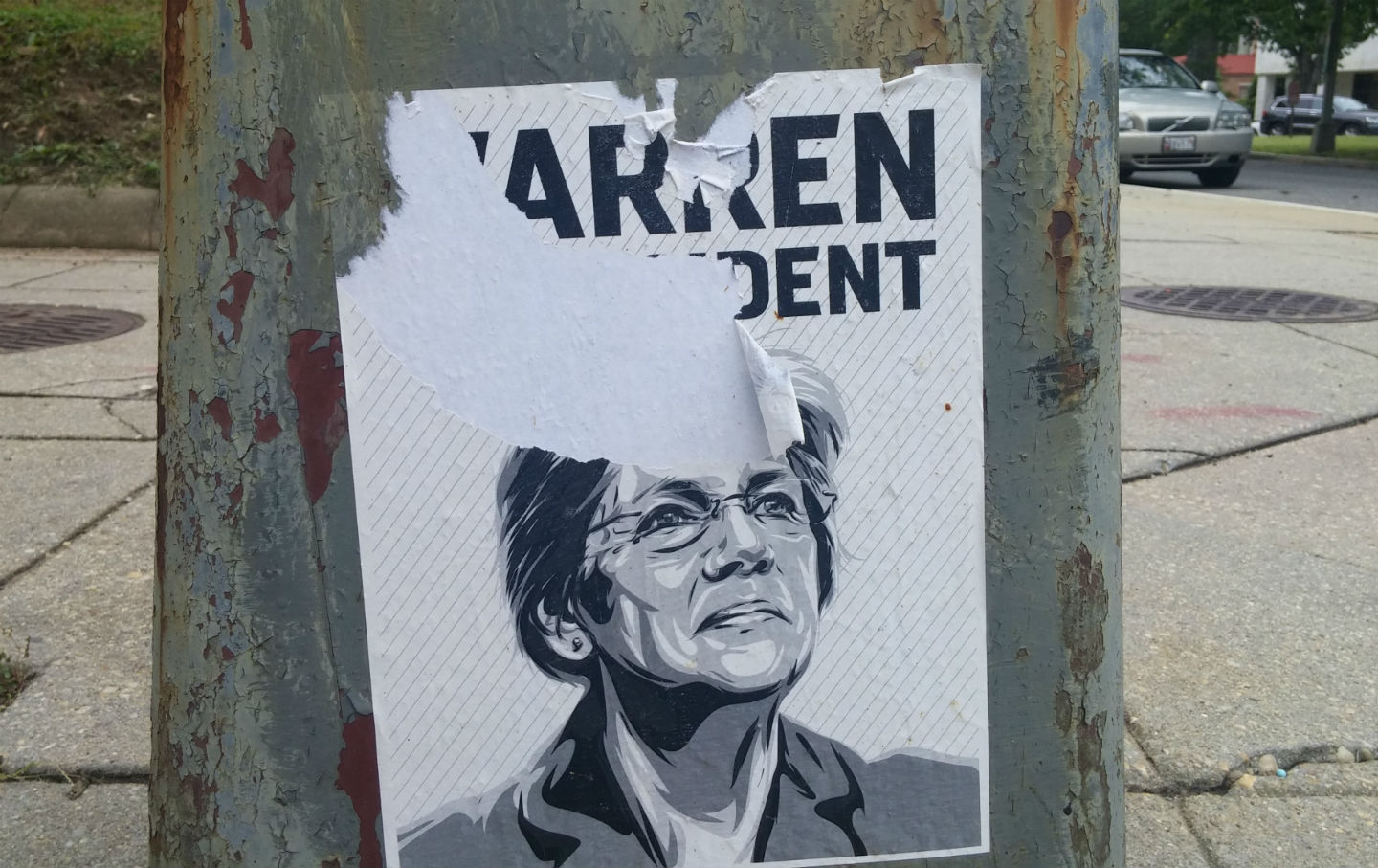 Roughly six months after it began, a campaign to persuade Elizabeth Warren to run for president is shutting down. The founders of Run Warren Run announced in a Politico op-ed Tuesday that the group would deliver one final petition to Warren’s office and close up shop.

So was the campaign successful? Since the bottom-line goal was to persuade Warren to run, and she clearly will not, the answer would be an obvious no. “The central focus for us was always trying to convince Warren to run,” said Ben Wikler, the Washington director of MoveOn, which operated Run Warren Run alongside Democracy for America. “We reached the point where another month or another three months encouraging her to run wasn’t going to make her change her mind.”

But before Run Warren Run becomes a footnote to the 2016 election saga, it’s important to take stock of what the draft movement has accomplished and the role it has played in Democratic politics. (And, it should be noted, the draft movement isn’t totally over—the organizers of Ready for Warren, a group managed by former Obama campaign staffers, confirmed to The Nation that they will press onwards.)

When the campaign kicked off back in December, nobody was quite sure what kind of campaign Hillary Clinton might run—but progressives were plenty nervous about it, and with good reason. Insider reports indicated that the Clinton camp might frame her candidacy as a fight against “Washington gridlock,” which can fairly be read as rapprochement with Republicans and the big-money interests that regularly gum up the works in DC.

There were also persistent suggestions from anonymous Clinton aides in Beltway publications that Clinton might not even debate during the Democratic primaries. Coming on the heels of a summer book tour where Clinton didn’t speak to a single progressive or left-leaning outlet, many liberal activists worried Clinton simply didn’t care about them or their concerns.

Fast forward to today, where Clinton has unmistakably moved to the left. She voiced support for a $15 minimum wage and has flirted with the idea of debt-free college, two organizing goals of the left. She also backed a constitutional amendment to Citizens United and has frequently talked up the problem of income inequality, starting with her announcement video where she noted that the “deck is still stacked in favor of those at the top,” a clear echo of Warren’s rigged-game framing. She neglected to endorse the Trans-Pacific Partnership trade deal (though she hasn’t opposed it, either). And her first big campaign speech later this month will be deliberately tied to the legacy of FDR.

There’s still considerable skepticism of Clinton’s desire to become a true populist, particularly among liberal donors, and she hasn’t said much so far about truly taking on and reforming the financial sector. But any plans to run a truly centrist campaign have clearly been abandoned.

So what happened between December and now? Run Warren Run organizers argue it was their campaign that focused Beltway insiders—including those plotting the Clinton campaign—on the concerns of the left, using Warren as an avatar.

“Most of the credit goes to Warren herself, but we think that by putting the possibility of her running on the table, we created a situation where everyone had to pay attention,” said Wikler.

Warren herself didn’t want anything to do with a presidential campaign—she said no over 50 times, and her office was proactive in trying to swat away speculation. But Run Warren Run went ahead and built her a mini-campaign anyway, hiring staffers in key states and opening up offices in Iowa and New Hampshire, while organizing liberal voters along the way—the petition Run Warren Run will present next week has 365,000 signatures.

This formalized challenge from the left was surely not the sole reason Clinton abandoned a centrist campaign launch: During those months John Podesta, the former head of the Center for American Progress, also joined the campaign’s top leadership. It’s also possible the nascent campaign’s internal research and polling simply showed that a populist campaign was the best practical approach to gathering votes.

But Run Warren Run was still a nontrivial part of the political ecosystem that produced the Clinton campaign’s priorities, and though Warren is not running, the organizers take solace in that.

“Our goal from the very beginning was to raise up her voice,” said Neil Sroka of Democracy for America. “Her ideas are on the ballot, and candidates are struggling to represent her.”