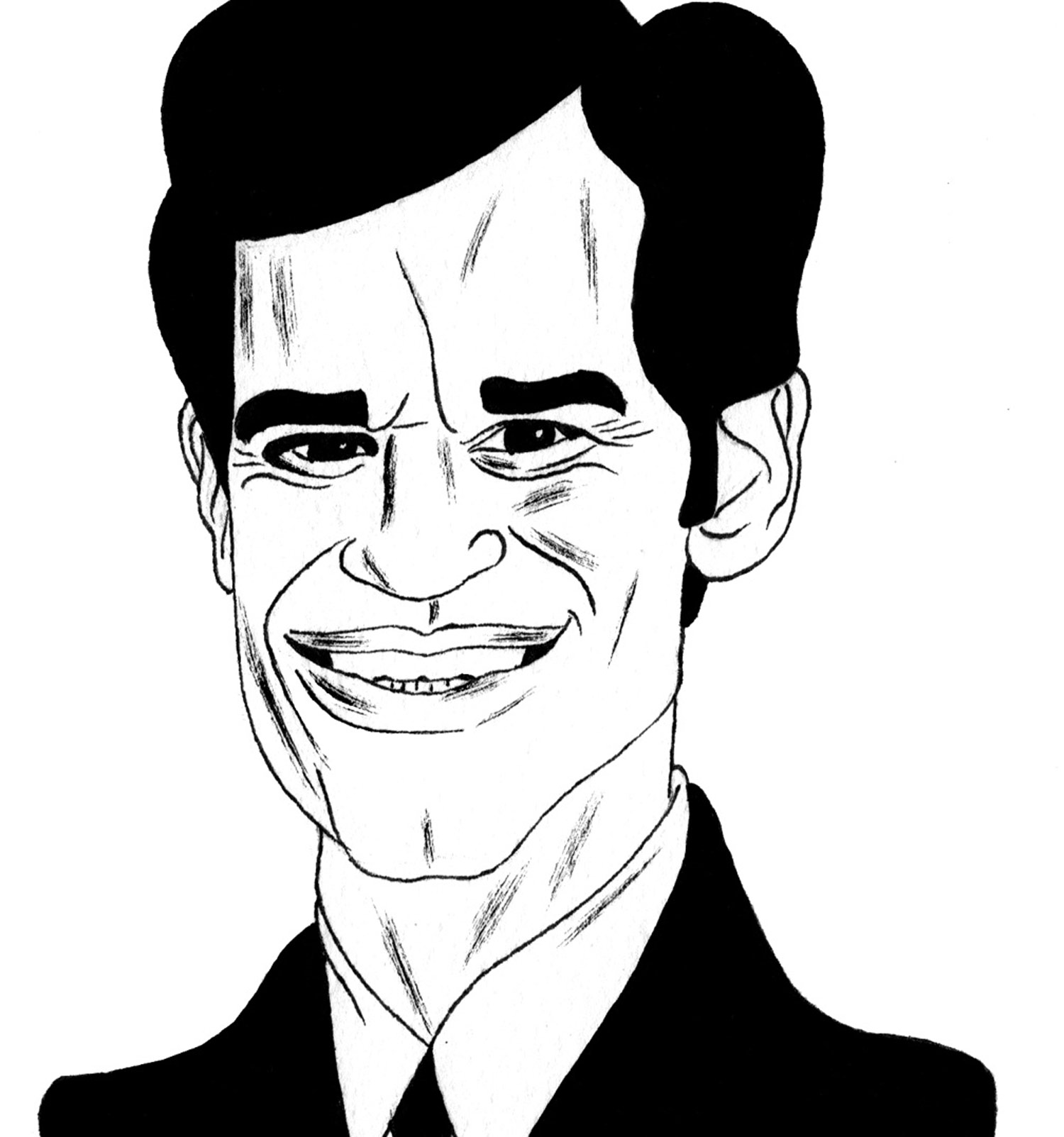 Just yesterday, Silicon Valley entrepreneur Ron Unz announced that he was dropping his drive to get the Higher Wages for California Workers Act on the November ballot. The measure would have boosted the state minimum wage to $12/hour—$2 per hour beyond what the California legislature recently voted to adopt and $1.90 more than the federal proposal that President Obama has put his weight behind.

It’s a strong idea, which would go at least some way to alleviating poverty in a state with some of the nation’s highest costs of living. Unz says that his meetings with trade union leaders, as well as a slew of wealthy individuals, both conservative and liberal, had generated fine words of support. But, he says, when push came to shove, they didn’t pony up the cash to pay signature gatherers to fan out around the Golden State in the early spring. And with ballot measures having to qualify at least 131 days before the next election, Unz felt that his effort was fast running out of time.

While it is possible that his announcement is just a ploy, designed to get people to pledge last-minute dollars for his effort, it is also possible that Unz—long described in the media as extremely wealthy—is less rich than he has been made out to be, and that his campaign really is on its last legs.

A one-time California GOP gubernatorial hopeful, and erstwhile publisher of The American Conservative, Unz recently spoke to The Nation about his minimum wage initiative and why he broke ranks with his conservative comrades.

Sasha Abramsky: Before we talk about why you support a minimum wage, let’s talk about why, after months of optimism, you now don’t think you’re going to be able to get this on the ballot come November. Aren’t you wealthy enough to self-fund this?

Ron Unz: I obviously did not make much of an effort to debunk the media statements early on [about his levels of personal wealth]. But in my meetings with trade unions and wealthy donors, I always explained to them that I wasn’t as wealthy as people thought. I was trying to raise money to get it on the ballot. Unfortunately, it hasn’t come together.

Do you think the unions held back on supporting this because they are confident that Democrats in California’s state legislature will soon pass a higher statewide minimum than the $10 hourly wage those same legislators only recently enacted? In other words, now that public sentiment has swung behind higher wages for the working poor, perhaps legislators believe they have cover to introduce living wages legislatively rather than having to hope that a well-worded, and also popular, initiative somehow makes its way onto the ballot?

It should be very easy to do in California right now, even without the Initiative. The Democrats have a supermajority in both houses of the state legislature. I would hope that the climate has changed enough that they could now do it. I would hope the reason they are reluctant to support my initiative is they think they will get it through the state legislature—which is fine with me.

Whether or not your campaign to place a raise-the-minimum-wage initiative on the November ballot is successful, at the very least you’ve impacted the terms of the debate. Why did you, a self-proclaimed conservative libertarian, end up championing what would be the nation’s highest state-level minimum wage?

My background is in the sciences. I’m a physicist by training. I tend to look at issues on a case-by-case basis. And many times I come to a conservative, free-market conclusion, and sometimes I come to a different conclusion. I tend not to think of myself as that ideological. Regarding this particular issue of the minimum wage, I never really focused on it until the last few years. In 2011, I ended up writing a long article, 12,000 words long. At a stroke it seemed to solve so many of the problems connected with the immigration issue and so many other social and economic problems in our society. There’s a lot of talk that the social security system is in a lot of trouble. If you raise wages of so many people toward the bottom of the wage spectrum, it provides a huge boost to social security taxes.

You just mentioned undocumented migrants in the context of your minimum wage proposal. You’ve been accused of being anti-immigrant in the past—you successfully pushed a California initiative to roll back bilingual education, attracting a lot of ire in the process—and you’ve certainly framed your minimum wage proposal as being something that could deter illegal immigration by creating more of an incentive for legal residents to take low-end jobs. Are you anti-immigrant?

The immigration issue destroyed the Republican Party in California; it wasn’t a good thing to be the anti-immigrant party in a state where half of the population is made up of immigrants and their children. I have a very pro-immigrant orientation, but I do think it’s important that America shift back to the ideology of the melting pot and away from ethno-separatist policies that we pursued over the last ten or twenty years.

Beyond the impact on illegal immigration, talk about what else raising the minimum wage would achieve.

The minimum wage is a much more effective means of solving many of these economic problems in our society than many of the proposals that have been more popular on the liberal and progressive side in the last few years. Take social spending: a lot of social welfare programs tend to be leaky buckets. One reason people don’t want their taxes to be increased is they have a sense a lot of the money will be burned up in the system and will never really go to the beneficiaries. Well, with the minimum wage the money goes straight to the person who has a paycheck. At a stroke, so many workers are no longer so poor they no longer qualify for anti-poverty programs—which makes conservatives much happier. The minimum wage is basically people working at their jobs. We’re talking about raising income by $5,000 for an individual and $10,000 for a couple.

Do you regard the current wage-and-benefits system, whereby employers pay low wages to workers who then qualify for benefits such as food stamps and, in some cases, Medicaid, as being rigged in favor of big business and against ordinary taxpayers?

The $250 billion spent on social welfare programs for the working poor are really less of a subsidy for workers and more for their low-wage employers. If these workers had to actually survive on their own paychecks, they wouldn’t be able to come to work in the morning; they wouldn’t have food, rent money, they wouldn’t be able to afford to live. Whether you’re a liberal or a conservative, having the government give hundreds of billions of dollars in subsidies to these low wage businesses doesn’t make a lot of sense. Take the sweatshop industry, it’s competing on prices and wages with companies in Bangladesh, and that doesn’t make any sense. Why should the government be subsidizing sweatshops in the United States?

Why did you hope to be able to promote this change via a California initiative—a process often critiqued for allowing people with deep wallets to buy popular support for their pet policies—and not through a campaign in DC?

I [was] hoping this initiative in California might focus so much attention on the minimum wage issue that it might help to break the logjam in Congress. There’s been some movement on the conservative end of the spectrum. We have to make every effort to win over a sizable number of credible Republicans in California. If they start endorsing it then there’s a much bigger chance that Republicans in Congress will go along with a $10 minimum wage at a Federal level.

And the critique that money buys success in this process?

Most of the very deep-pocketed initiatives over the last ten to twelve years in California have tended to be unsuccessful. In the case of our initiative to get rid of bilingual education, we were outspent and still ended up winning one of the biggest landslides in California history.

You are a conservative iconoclast. What do you have to say to Nation readers who define themselves as being on the other side of the political spectrum to you?

Sometimes on the left and right you have a lot of agreement. I was friends with Alex Cockburn, and sometimes a lot closer to him than to the Democratic and Republican establishments. It’s very sad that both parties say the same things on so many issues. When Obama came in he was hailed by his supporters and condemned by his opponents as the total opposite of Bush in every way. [But] he ended up keeping Bernanke as chairman of the Fed and promoting Tim Geithner to treasury secretary; and he asked Gates, as defense secretary, to stay around. He continued Bush’s financial bailouts and foreign wars. A lot of the problem is there’s a unified culture in DC; Obama was coming in as something of an outsider. But within a few years in the Senate, and certainly once he was elected to the presidency, he was absorbed into the standard way of doing business in DC and became a part of the system.

Editor’s Note: This interview has been edited and condensed.

Watch Next: Katrina vanden Heuvel on the economic agenda Democrats should push in 2014