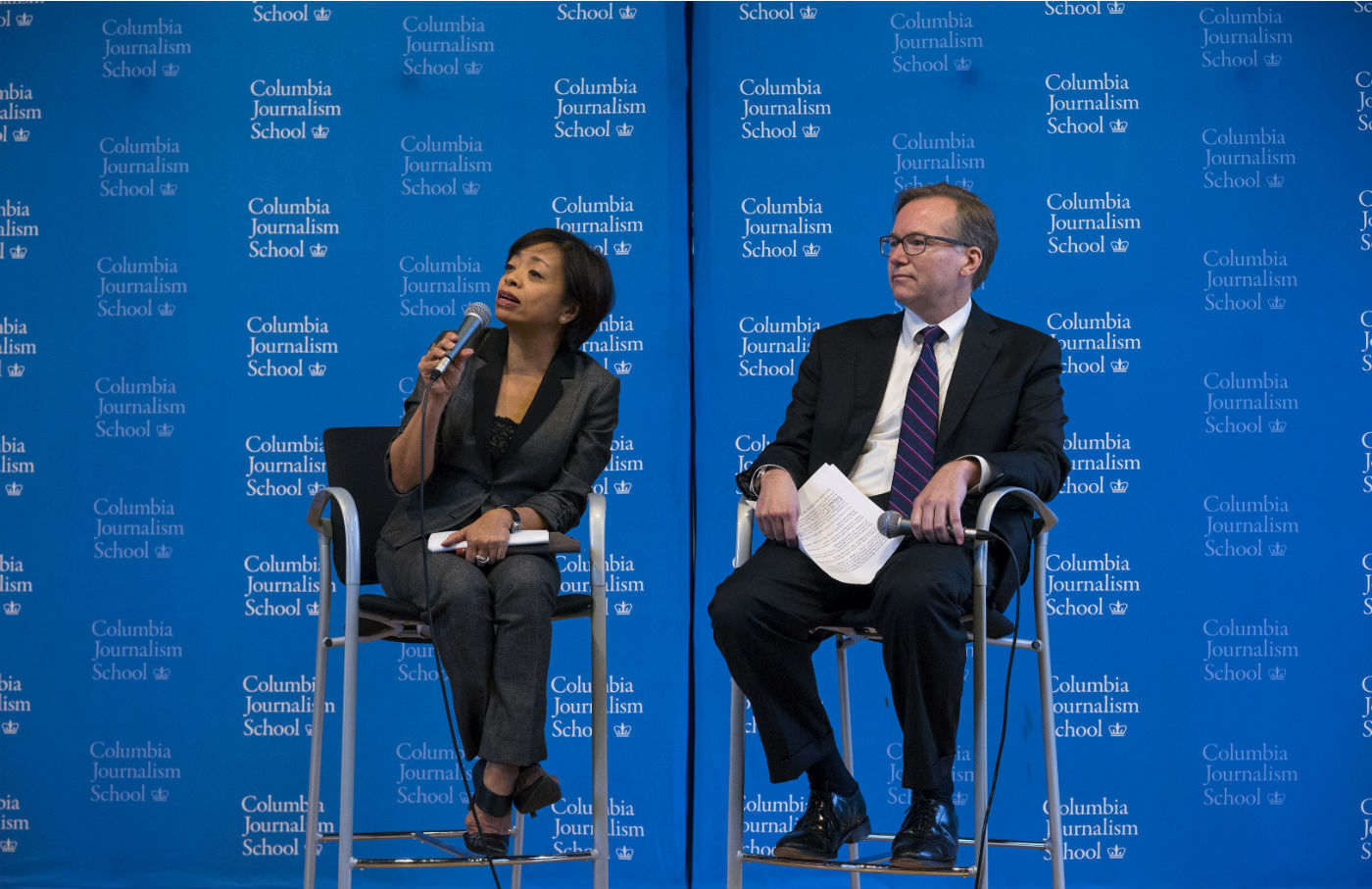 On Sunday night, the Columbia Journalism School released the results of its forensic investigation into “A Rape on Campus,” Sabrina Rubin Erdely’s discredited Rolling Stone story about a gang rape at the University of Virginia. At more than 12,000 words, the report is longer than the article that sparked it. Two of its three authors, J-School Dean Steve Coll and Dean of Academic Affairs Sheila Coronel, elaborated on it at an hour-long press conference on Monday afternoon. After all this, it’s still not clear whether Jackie, the woman at the center of the Rolling Stone story, is a complete fabulist or a true rape victim who confused and exaggerated some elements of her story. What is clear, though, is that Rolling Stone is throwing her under a bus to cover up its own journalistic malpractice.

The day’s most surprising revelation is that nobody will lose his or her job in this whole fiasco. On the one hand, there’s something to be said for loyalty, for not robbing people of their livelihoods over a single screw-up, even one as sustained as this. As Coll pointed out, there is no evidence that Erdely deliberately lied or invented anything, as in the case of infamous journalistic malefactors like Stephen Glass or Jayson Blair. Nevertheless, she and her editors failed to perform the most elementary due diligence, and as a result, they’ve exacerbated the routine skepticism faced by rape victims. The vast majority of women who say they’ve been raped are telling the truth, but because of Rolling Stone, they are even less likely than they were before to be believed. The magazine has done rapists everywhere a big favor.

Yet Rolling Stone still seems to think its problem was being too nice. “[T]he editors and Erdely have concluded that their main fault was to be too accommodating of Jackie because she described herself as the survivor of a terrible sexual assault,” says the report. But the investigation doesn’t bear this out. As Coll, Coronel and Kravitz write, the “explanation that Rolling Stone failed because it deferred to a victim cannot adequately account for what went wrong. Erdely’s reporting records and interviews with participants make clear that the magazine did not pursue important reporting paths even when Jackie had made no request that they refrain. The editors made judgments about attribution, fact-checking and verification that greatly increased their risks of error but had little or nothing to do with protecting Jackie’s position.”

In fact, Rolling Stone’s chief error lay in not trying harder to talk to the three friends whom Jackie spoke to on the night in question. In the original Rolling Stone story, they are presented under pseudonyms and shown acting with shocking callousness in the wake of the attack: “The three friends launched into a heated discussion about the social price of reporting Jackie’s rape, while Jackie stood behind them, mute in her bloody dress.” The trio, Ryan Duffin, Kathryn Hendley and Alex Stock, later came forward to correct the record, saying that Rolling Stone’s story was wrong in most of its particulars, and that Erdely had never even attempted to contact them to get their versions. Further, the Columbia report finds that “Jackie never requested—then or later—that Rolling Stone refrain from contacting Ryan, Kathryn or Alex independently.” She bears no responsibility for Erdely’s failure here.

Even after Columbia’s extensive review, it’s not clear what if anything really happened to Jackie. Duffin told the AP that on the night of the alleged assault, he got a call from Jackie and went to meet her outside a dorm building. When he arrived, she “was shaking and ‘it looked like she had been crying,’ Duffin said. ‘Her lip was quivering, her eyes were darting around. And right then, I put two and two together. I knew she had been on this date and people don’t usually look like that after a date.’ Jackie eventually told Duffin and Stock her version of what happened that night: that she was forced to perform oral sex on five men at the frat house.”

Columbia’s report has very little to say about whether this story is credible, beyond noting that the police have found no evidence that Jackie was attacked. It could be that Jackie was indeed raped, but then exaggerated the scope of it. Or it could be that she made the whole thing up. “The police interviewed seventy people and they say what happened to Jackie that night is a mystery,” Coronel said at the press conference. The Columbia investigators, Coll said, haven’t gotten any closer to the truth.

In either case, though, Jackie is likely a young woman with serious emotional scars. And even if she lied to Erdely and to her friends on campus, Rolling Stone is to blame for thrusting her into the national spotlight. “This failure was not the subject or the source’s fault,” said Coll. “It was the product of a failed methodology.” Nevertheless, it looks like Jackie is the only one who is going to pay any sort of price.