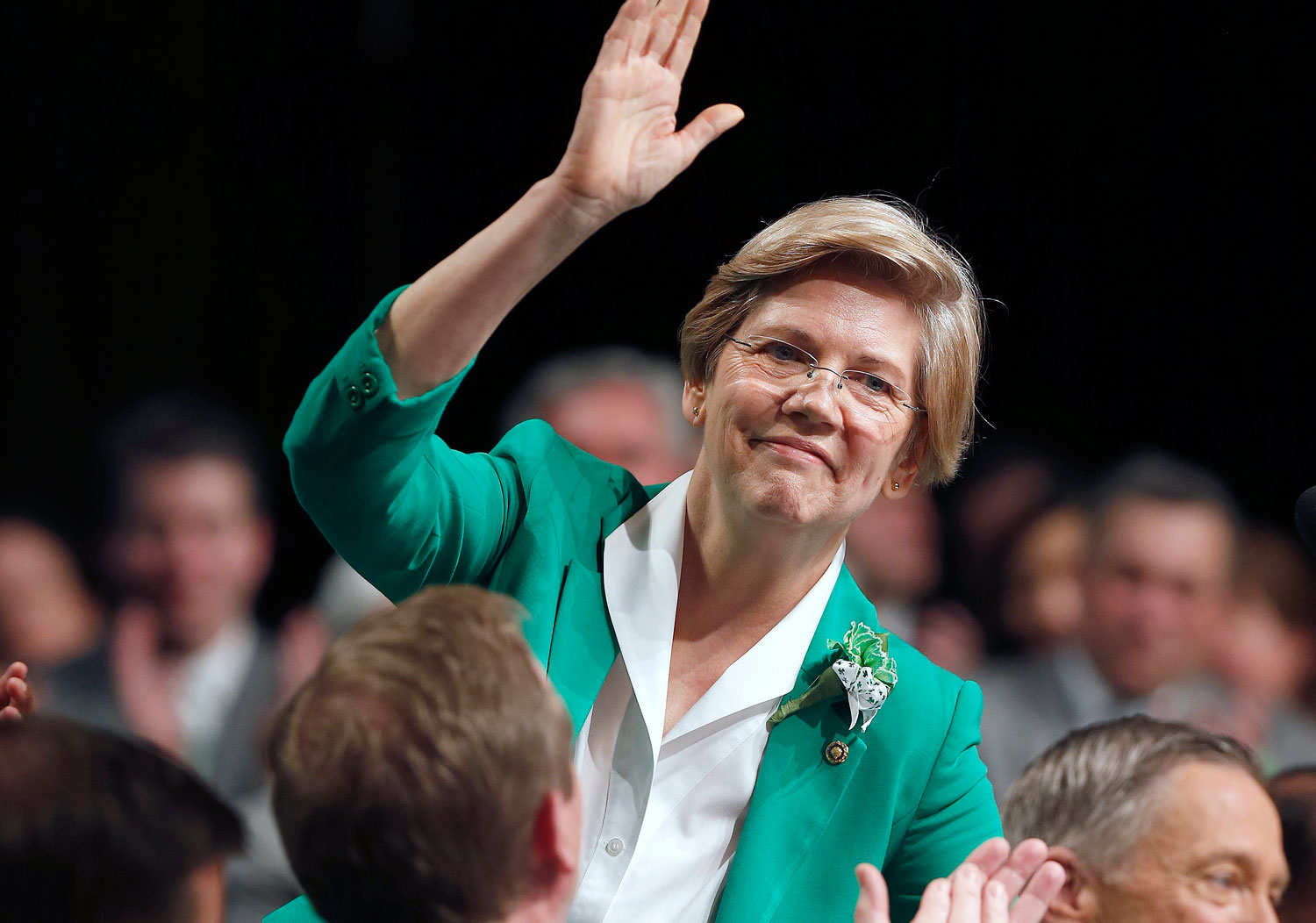 Former secretary of labor Robert Reich says Hillary Clinton should face “a tough primary challenger” and he knows who he would like to see mount a run against the presumed Democratic front-runner.

“I wish that challenger would be Elizabeth Warren,” Reich explained Friday, in a short statement that has energized supporters of a burgeoning movement to draft the senator from Massachusetts as a populist alternative to Clinton.

Battered in recent days by revelations about her use of a private e-mail account when she served as the Obama administration’s secretary of state, and by reports of foreign donations to the Clinton Foundation, Hillary Clinton has been scrambling to retain the presumption of inevitability that has framed her potential candidacy.

Reich is not suggesting that the controversies will necessarily derail Clinton, who is well ahead in the polls. Rather, as an ardent advocate for a progressive populist response to the crisis of income inequality, he is arguing affirmatively in a Facebook post for the logic of a Warren run.

Reich has always spoken well of Warren, with whom he shares many positions. They have worked together. And he has spoken about the prospect that she might might challenge Clinton. But this is more than just an expression of ideological sympathy, and more than punditry. This is a former Bill Clinton cabinet member saying, specifically, that he hopes Warren will run.

Coming as the current Clinton controversies are grabbing headlines, Reich’s move is going to garner attention.

Reich knows this. He is a savvy veteran of the political fights of the past four decades (who has campaigned for many Democrats, advised many more and once sought the Democratic nod for governor of Massachusetts). He is an important figure on the left of the Democratic Party. And he has a following—indeed, there has been soft speculation about the prospect that Reich, himself, might be a presidential prospect.

With all of this is mind, here’s how Reich frames his intervention in the current discussion about 2016:

I’ve been getting lots of calls from reporters wanting to know if Democrats should have a “plan B” if Hillary’s candidacy implodes. I tell them (1) it’s still way too early (there’s not even a plan A because she hasn’t yet declared, and it’s more than a year and a half before Election Day anyway), (2) if she runs the odds of her imploding are very low; she’s been through all this three times before (once as a candidate and twice as Bill Clinton’s de facto campaign manager) and will be a strong candidate, (3) but it would be good for the Democrats and the country—and good for her (it will make her an even stronger candidate)—to have a tough primary challenger, and (4) I wish that challenger would be Elizabeth Warren.

Reich’s statement was embraced by backers of the movement to draft Warren, with Erica Sagrans, the manager of the “Ready for Warren” draft campaign, suggested that “Having Robert Reich, a leading voice for working families, join our push to draft Elizabeth Warren could go a long way to getting Warren to consider a run.”

Activists noted that, barely a month ago, Politico was reporting that Clinton aides were seeking Reich’s backing in an effort to increase her appeal among progressives. “One component of Hillary Clinton’s emerging strategy involves quietly but aggressively courting key endorsers from the left, who could help increase progressives’ comfort level and take the wind out of a potential challenge,” read the Politico report. “Two top targets: Robert Reich, the economist and former labor secretary in her husband’s administration, and Rep. John Lewis (D-Ga.), the civil rights icon.”

Lewis said several years ago, when discussing the possibility of a Clinton 2016 run, “I won’t make an endorsement, but I will say this: If she makes a decision to run, I would be with her.” Of course, it can be noted that, in 2008, the Georgia congressman initially endorsed Hillary Clinton and then switched to Barack Obama.

Because of his long history with the Clintons, Reich has often been portrayed as a Clinton ally. But now he’s talking up Warren.

And “Draft Warren” campaigners say he is not alone.

Neil Sroka of Democracy for America, a group that has highlighted Reich’s work to address income inequality, noted Friday that “Reich’s comments are very much in line with what we’re hearing from many who are backing the Draft Warren effort.”

Sagrans says there’s a broad understanding at the grassroots of the points Reich and others have begun to make about the need for a competitive race. “Reich understands the system is rigged in favor of the rich and powerful and knows that having Warren in the race, speaking truth to that power, will ultimately strengthen the Democratic Party and our democracy,” she explained. “We hope that others will join Robert Reich, Van Jones and the hundreds of thousands of Americans who have come forward to urge the Senator to run, so that voters have a real choice in this election.”