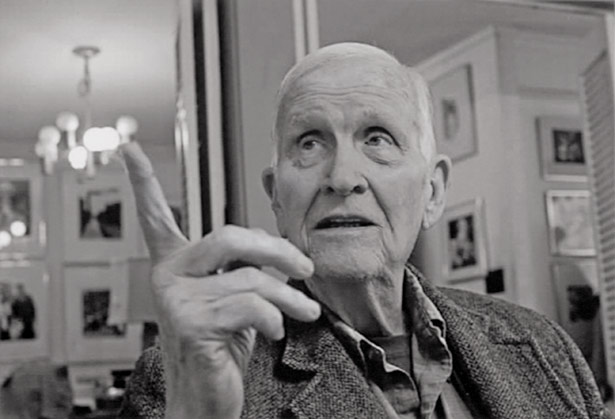 Robert sherrill, who wrote at least 130 signed articles for this magazine, died on August 19 at age 89. This former college English teacher, amateur painter and poet was a passionate purist in his prose, his populist politics, and his expectations of others and himself. I first got to know Bob by serving as his sometime editor at The New York Times Magazine. (Conflict-of-interest alert: at a critical moment, he sent James Storrow Jr., The Nation’s then-owner/publisher, a billet-doux telling him he’d be a fool not to hire me, so I owe him.) Sherrill’s advice to me when I became editor of this magazine in 1978: “If you ever publish anything in The Nation that could appear in The New York Times Magazine, you are not doing your job.”)

Sherrill, who wrote for everyone from I.F. Stone’s Weekly and The Washington Post to Playboy, was first brought to The Nation in 1964 by editor Carey McWilliams, whom he (with good reason) revered. Because Sherrill had been banned from the White House as a security risk—he had punched out the governor of Florida’s press secretary—I was pleased to bestow the title of White House correspondent on him after I came to the magazine. Bob later became our corporations correspondent and—contrary to the New York Times obit, which reported that he left The Nation in 1982—wrote for the magazine until the early 2000s. (For many years Sherrill lived with his first wife, Mary—whom he repeatedly credited with doing the bulk of his research—in Tallahassee, Florida, on Old Dirt Road. I always wondered whether Bob, who was born in Frogtown, Georgia, moved there because he liked that street address.)

I loved Robert Sherrill, but I should quickly add that it would take the higher math to count the number of “I quit” letters he wrote during my years at the mag. My favorite concluded: “You are an eastern liberal…I’m a western anarchist…. But I think I hate corporations much better than you do…and I know damned well that I hate politicians better than you do, though the hatred is downright gutter…. And don’t make me a contributing editor. That is the dumbest and most meaningless title ever concocted by a profession that spends half its time doing dumb and meaningless things. Just take me off the masthead. You know I wish you well indeed.”

Once, objecting to a Nation editorial he regarded as elitist because, in Bob’s reading, it advocated teaching kids how to think as opposed to demanding that they master their ABCs, he sent me a note based on the (to him, generous) assumption that I hadn’t written it, which included the following: “THE EDITOR OF THE NATION IS THE NATION. I’ve said that a thousand times (that’s an understatement) to you, but because you are too fucking soft for your own good, or the good of the magazine, you prefer to turn policy- making over to a bunch of elitist nitwits. That’s the second time I’ve used the word elitist. If I had the time, I would write it a million times.”

In case you haven’t figured it out, Sherrill had what his buddy and fellow Nation writer Molly Ivins called a “cantankerous” temperament. Decades before he died, Molly proposed that his epitaph read: Here lies a man who never kissed ass. His usual reaction to anything saccharine, she pointed out, was “It makes me puke!”

Bob had a healthy disrespect for both publishers and publishing conventions. His answer to his publishers’ preference for short, snappy titles included such books as Military Justice Is to Justice as Military Music Is to Music and his definitive work on handguns, The Saturday Night Special: And Other Guns With Which Americans Won the West, Protected Bootleg Franchises, Slew Wildlife, Robbed Countless Banks, Shot Husbands Purposely and by Mistake, and Killed Presidents—Together With the Debate Over Continuing Same.

Among his pieces for The Nation were take-no-prisoners profiles of Rupert Murdoch (“Citizen Murdoch: Buying His Way to a Media Empire,” May 29, 1995) and Roy Cohn (“King Cohn,” May 21, 1988), and his hilarious and dispositively documented exposés of Wall Street chicanery, criminal and otherwise (including the November 19, 1990, special issue on “The Looting Decade: S&Ls, Big Banks and Other Triumphs of Capitalism”). But it is folly to try to capture Robert Sherrill in a few hundred words, so let me end by quoting the man himself. These lines are from a review, reprinted in an anthology of The Nation’s best, that Katrina vanden Heuvel put together before she became editor. After inventorying some corporate products that kill, maim or otherwise injure the consumer, he counsels the reader: “Go corner your senators and congressmen and threaten to tie them down and force-feed them coal dust, lint, baby formula, Oraflex and asbestos, if they don’t agree to help us out. Now.”