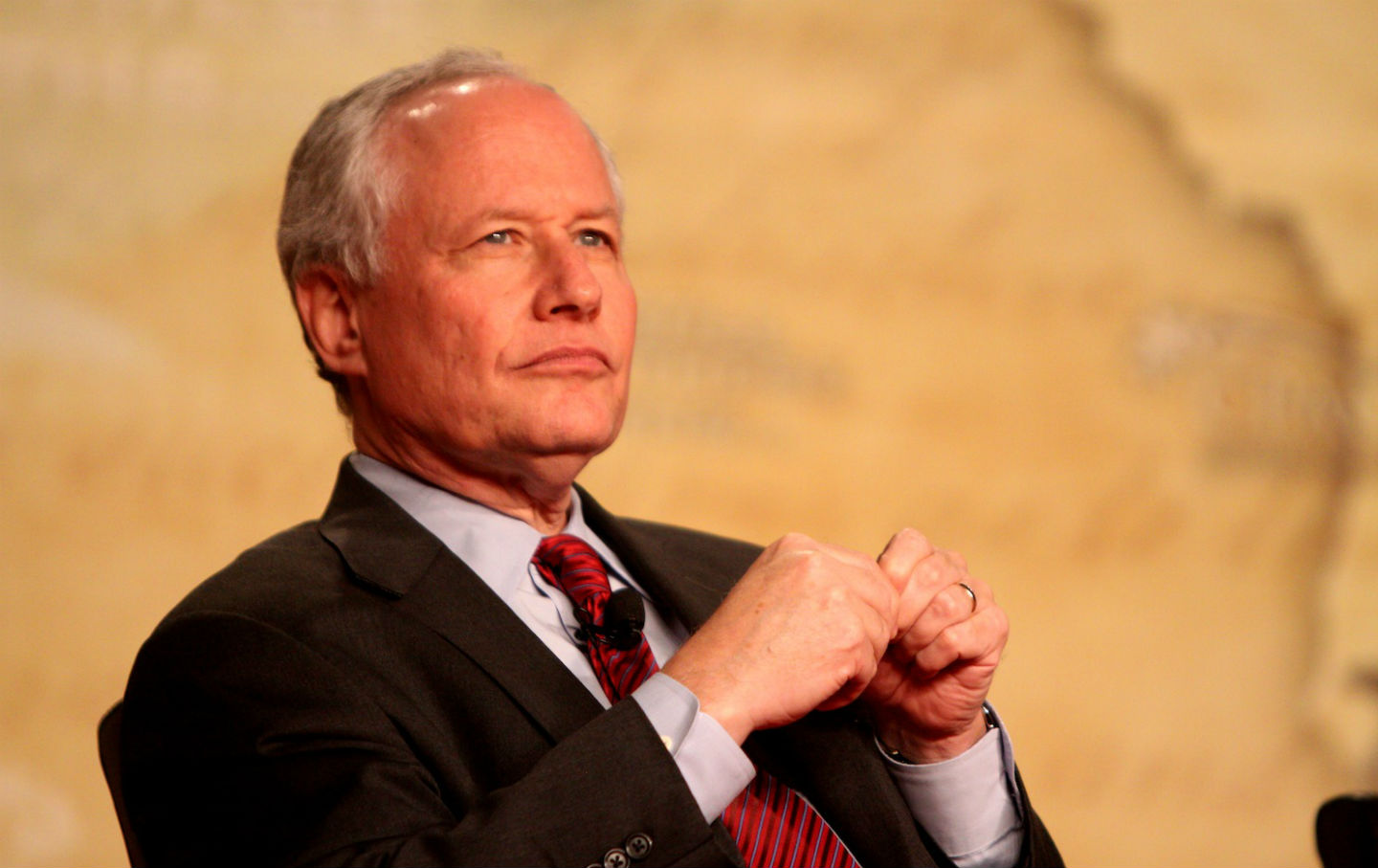 Bill Kristol threw out the main right-wing line on the Baltimore riots, and in his tweet you could hear a plaintive nostalgia for the days when violence in a major city meant an instant, measurable political bounce for his party:

Winning GOP message: Against anarchy & chaos, at home & abroad. Cheney-Giuliani 2016 probably too much to hope for…But if not them, who?

Who, indeed? Kristol’s dream ticket is so monstrous that anything short of it would seem moderate by comparison.

Predictably, the right-wing media are throwing blame on black people and Democrats for the riots, and as usual Fox News is leading the way. So much so that the sanest voice on Fox, Shep Smith, had to tamp down a virtual blame riot on The Five on Monday.

“I haven’t heard anything from any civil-rights leaders. Have you?” co-host Eric Bolling asked coyly. Smith said he had, and “on our air.” Then co-host Greg Gutfeld, somehow sensing that the collective guilt wasn’t being shared enough, tried to pin the violence on the protesters’ parents, to which Smith responded:

But acting like you know who’s to blame is second nature to true demagogues. Fox News’s resident psychologist Keith Ablow blames Obama for the riots, saying protesters are taking their cues “from a president who has given the appearance that there is every justification for any level of anger at our country because we’re such despicable people.” Former Illinois congressman Joe Walsh tweeted that the Democrats “have purposely turned blacks into uneducated government slaves.”

What conservatives are hoping for is a repeat of 1968, when the combination of riots in more than 100 cities across the country after the assassination of Martin Luther King Jr. and a police riot at the Democratic National Convention in Chicago that summer helped associate the Democrats with violent civil disorder and helped Richard Nixon narrowly win the White House. Baltimore’s riots in ’68 were so bad they actually changed history—if you’ve got a long memory, you’ll recall that former Baltimore mayor and then–Maryland governor Spiro Agnew was chosen as Nixon’s vice president because of his nattering nastiness toward Maryland protesters.

That election almost half a century ago was incredibly important: Nixon’s victory ended the long era of progressive political dominance in the United States. In comparison to the media’s shock over the post-MLK violence, the often overwrought coverage in 2014 of the riots in Ferguson, Missouri—and their adjunct in blackness, the Ebola scare—seems almost sedate.

The burning buildings in Baltimore this week definitely present a challenge to Democratic candidates, most obviously to Martin O’Malley, another former mayor of Baltimore turned Maryland governor. O’Malley’s “zero tolerance” policy on crime during his time in office was, Ed Kilgore writes, “more Michael Bloomberg than Bill de Blasio”: “[O’Malley] will immediately face claims that ‘zero-tolerance’ policies he put into place as mayor contributed to the deterioration of police-community relations, thanks to a rising tide of arrests for minor offenses that ruined the employment prospects of many young black men (also a major factor in some of the 1960s ‘race riots’).”

It will be difficult to convince Democratic primary voters that O’Malley is the progressive alternative to Hillary Clinton if his record on this issue becomes well-known and poorly defended.

But Hillary, too, is threatened by her handling of Baltimore. She needs to maintain Barack Obama’s margin in the black community, while at the same time reaching out to the whites she’ll need to make up for the inevitable loss of the young progressive voters Obama attracted. Today, she addressed the Baltimore violence in a speech at Columbia University by name-checking recent victims of police brutality (Walter Scott, Tamar Rice, Eric Garner and now Freddie Gray), and saying, “Everyone in every community benefits when there is respect for the law and when everyone in every community is respected by the law.”

“We have to find our balance again.”

She used the word “balance” repeatedly, trying to position herself as “the balance candidate”—the steady fulcrum between left and right, between black grievances and white fears.

That sort of caution might seem nostalgic itself, for a time when Democratic politicians had to plead with Reagan Democrats to return to the fold. But this is not the same America as the one that went through the riots in 1968—for one thing, whites are demographically much less dominant now than they were then. As with same-sex marriage, some GOP wedge issues are close to flipping on their users.

That said, the likelihood that these riots could dull the income inequality issues that were cutting deeply by confusing them with racial tensions is great. As long as the debate is framed around the question of redistributing wealth via government policy, the Democrats were standing to gain electorally. But, if conservatives have their way, Baltimore will leave us debating how the electorate is divided racially, not economically.

Remember, the demographics are close to flipping. Probably the best response is something like Larry Wilmore’s last night on The Nightly Show. “If anything explains America,” Wilmore said over video of the riots, “it’s those pictures: oppression-riot, oppression-riot is exactly the pattern that built this country. Starting with the tax oppression that led to the tea-party riot, the party that you all seem so in love with.”

At some point using racial slurs to marginalize people is going to backfire. Among the gangs in Baltimore is one named the Black Guerrilla Family. “Hmmm,” Wilmore said, “between the Bloods, Crypts and the Black Guerrillas, which one of these gang names do you think Fox likes to say the most?” He showed a montage of Fox voices repeating the name, a good ten times.

“Fuck you, motherfuckers,” he said. “That’s rolling off your tongues a little too gleefully.”