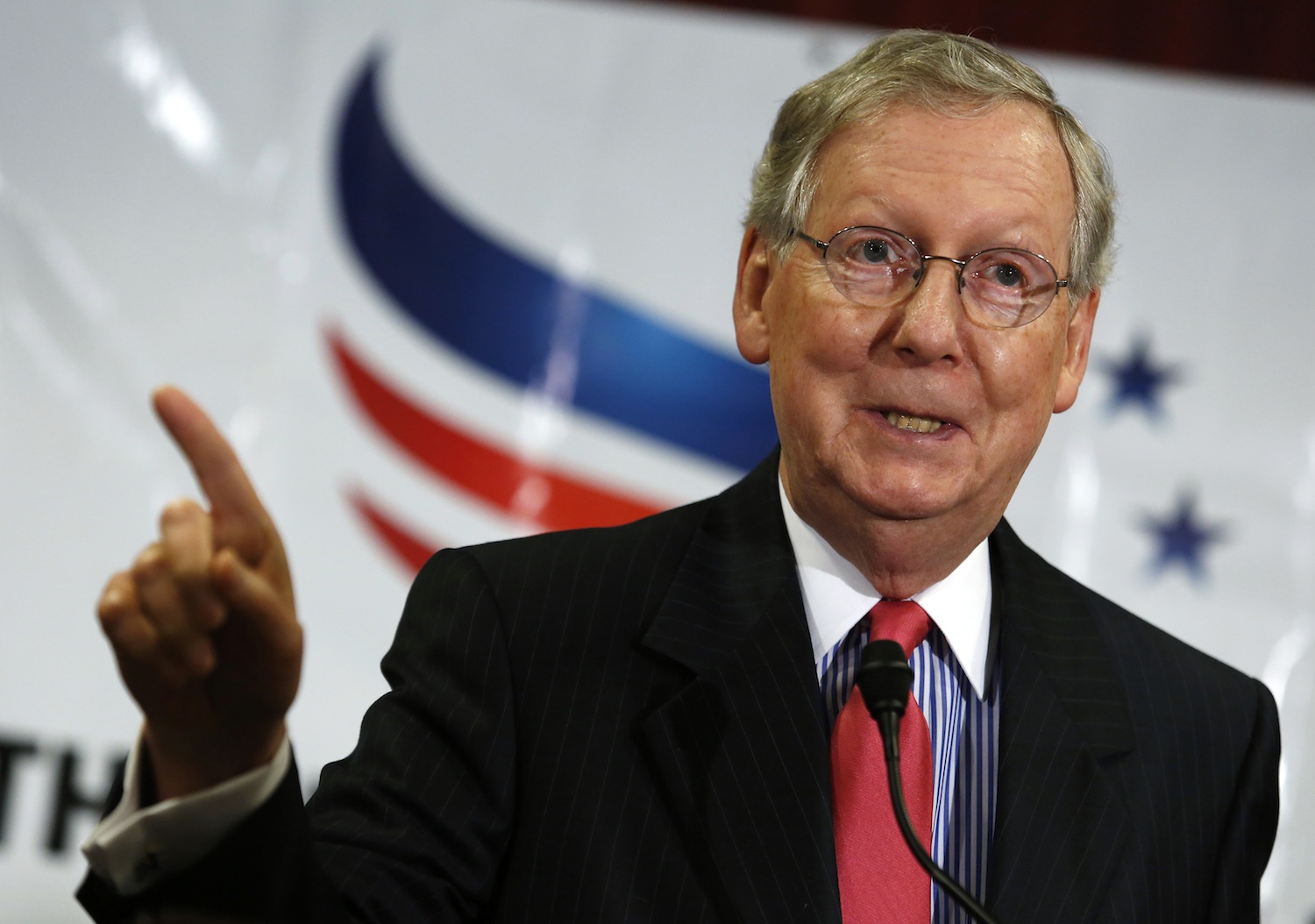 When Iowa and North Carolina were called almost simultaneously a little before 11:30 Tuesdaynight, the seemingly inevitable became official: Republicans will control the Senate and thus the entire legislative branch.

On a variety of fronts, this new alignment is going to be hugely problematic for progressive governance—perhaps for governance, period. These will be the major flash points. The last one is the most important because it’s how the GOP will force Obama’s hand on most of the rest.

For much of the Obama presidency, Republicans in the Senate stymied up dozens of presidential appointments to cabinet slots big and small, as well as nominations to the federal bench. Harry Reid implemented filibuster reform one year ago, and nominations have been handled more quickly—but with Republicans in charge, expect them to grind to a halt. Republicans blocked nominees reflexively under the old filibuster rules, many times without offering a single actual objection, and that’s very likely to resume now.

Republicans well understand that failing to staff the executive branch—and particularly the judicial branch—is a great way to slow down Obama’s priorities now, and even affect the trajectory of American jurisprudence long after he leaves office. There are still fifty-nine vacancies on federal district and appellate courts, a 7-percent vacancy rate, and 35 percent of those empty seats are in areas that have been declared judicial emergency. This problem will get much worse, not better, over the next two years.

The old filibuster rules still required sixty votes to confirm a Supreme Court nominee, which was going to be a tough lift anyway. But Obama managed it twice already. With Republicans in charge, it may be impossible.

First the nominee would have to clear the GOP-controlled Senate Judiciary Committee, which will be chaired by conservative stalwart Chuck Grassley. Then, a Republican Senate has to approve the nominee. In the event Obama sends any kind of discernibly liberal judge to the Senate, it’s easy to imagine the GOP outright blocking him or her. Alternately, Obama could try to avoid that situation by making an opaque nomination with no discernible views on key issues like abortion and money in politics. This might be the more terrifying of the two possibilities.

If the GOP’s biggest goal is repealing Obamacare, a close second is blocking the Environmental Protection Agency’s proposed limits on carbon emissions. As Senator Sheldon Whitehouse pointed out on All In with Chris Hayes last night, the GOP House has actually passed more bills targeting the EPA than those repealing Obamacare. And unlike with the Affordable Care Act, Republicans have the full and enthusiastic backing of their corporate allies in blocking EPA carbon limits.

When noted climate-denier Jim Inhofe takes the gavel of the Senate Environment and Public Works Committee from Barbara Boxer in January, there are many ways he could pass legislation stopping the regulation. He could attach riders to any number of bills that deny funding for those regulations. Or he could simply decline to fund the entire EPA and tell the White House no money would be forthcoming until the regulations are cancelled.

The House provided a nice sneak preview of how a GOP Congress would try to deregulate just about anything—passing big bills like the REINS Act which would essentially stop or slow most government regulation, to a plethora of smaller exceptions, carve outs and cancelations for chosen industries. We can expect the Senate to approve many of these moves and force a showdown with Obama.

Dodd-Frank will be one area to watch. While it’s unlikely the GOP will get Obama to go along with a big-ticket deregulatory move like weakening the Consumer Financial Protection Bureau—though it will surely try—it could go after, and win, some smaller battles.

This one is easy to predict since Republicans have said outright, several times, that one of their first orders of business will be a binding bill authorizing the pipeline. Now, GOP Senate aides are telling The Hill that they may already have the Democratic votes necessary to pass a filibuster-proof bill approving the pipeline.

Obama would of course have to sign the bill, but if many Senate Democrats end up supporting approval, there is a growing fatalism in environmental circles that the president would go along.

You can bet your bottom dollar House Republicans will at once pass a full Obamacare repeal, and those in the Senate will spend a lot of time trying. You can just as surely bet Obama won’t sign it if it does somehow pass.

But Republicans might be able to force other changes to the law, like repealing the Medical Device Tax and canceling the Independent Payment Advisory Board, as Igor Volsky at ThinkProgress notes. Both are things that also might gather some Democratic votes. If the GOP is smart, it will pick winnable battles on Obamacare and succeed in at least partially weakening the law they hate so deeply.

Many of the GOP’s desired goals will still be impossible, as they still need to overcome the sixty-vote threshold on legislation. But on budgeting and appropriations that’s not true—only fifty-one votes are needed to pass those under reconciliation that isn’t true.

This is going to create a super-tense showdown with Obama. Many progressives remember when the president was eager to adopt budgetary changes like cutting Social Security benefits through a change in the Chained-CPI formula—something Harry Reid thwarted by literally throwing the proposal in his fireplace.

This is the big one, and the mechanism through which the GOP might be able to get many of the aforementioned policy wins. Before, the House GOP wasn’t able to clearly put forward its goals, particularly on things like the Ryan budget, because it got all garbled up in conference negotiations with the Senate. House members who wanted to avoid this conversation were fond of telling hard-liners that “we’re only one-half of one-third of the government,” so they had to compromise.

But that’s no longer true. With a deeply red Republican Congress and the word “mandate” dancing through the heads of many elected GOPers—and members of the media—it will be easy to force a simple showdown with Obama. Maybe Republicans go full-Ryan budget, which Obama certainly rejects, and there’s a government shutdown. Maybe they are smart about it and pass a really bad budget that’s just good enough for Obama to sign. Either way, it’s bad news for progressives.