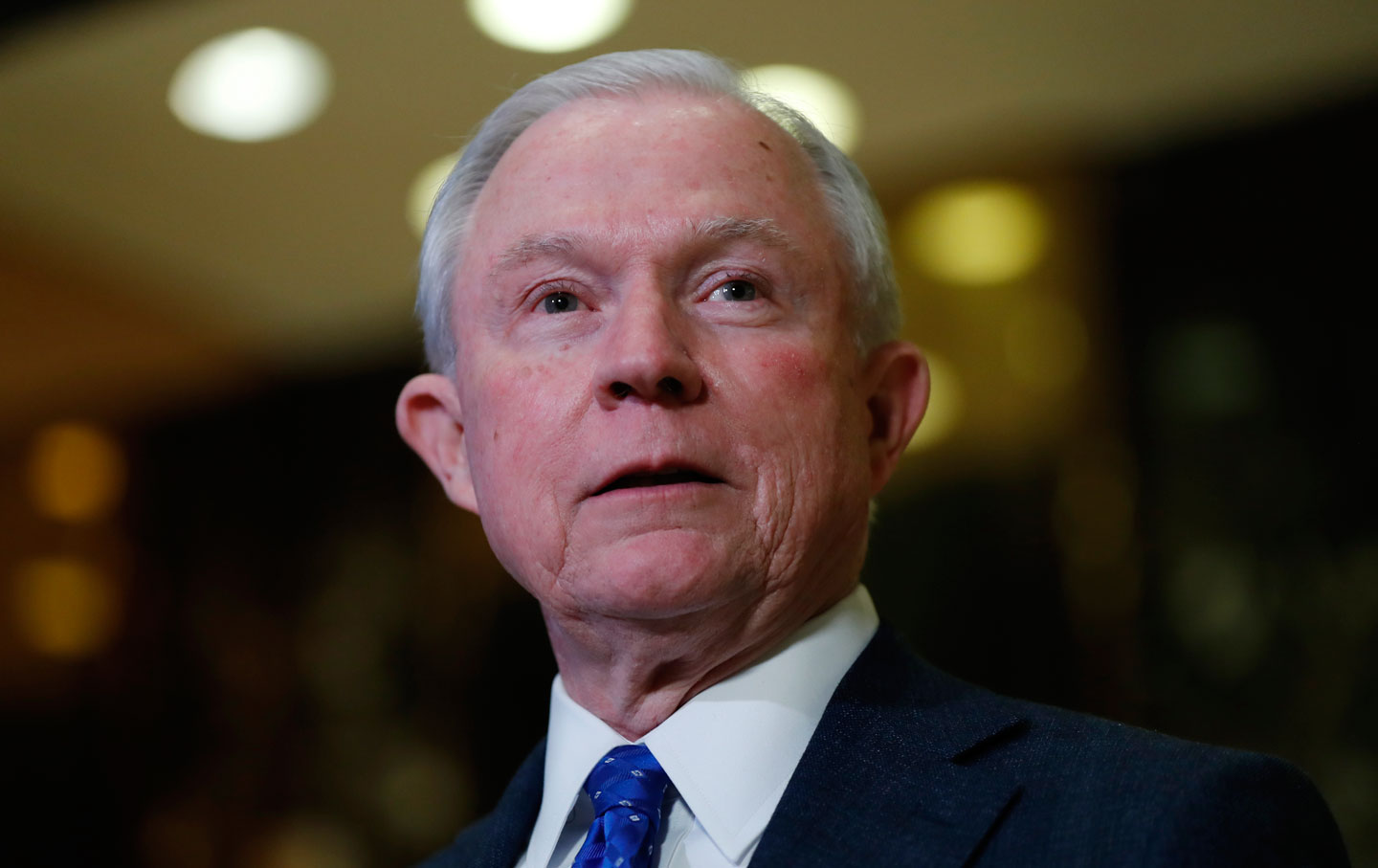 The Nation has learned that Senate Democrats will get to call only four witnesses to testify about the nomination of Senator Jeff Sessions as attorney general. Moreover, Sessions will only face a two-day hearing, rather than the four-day grilling the Senate gave Attorney General John Ashcroft, the last nominee who was also leaving the Senate. Sessions was rejected for a federal judgeship by a Republican Senate in 1986 because of his anti–voting rights activism and racist comments, including jokingly approving of the Ku Klux Klan.

Two days after eight NAACP members, including the group’s president Cornell W. Brooks, were arrested occupying Sessions’s Senate office in Mobile, Alabama, the battle lines are drawn for the first serious ideological confrontation of the Trump administration. So far, Democrats are looking like they’re ready for a fight. Sessions’s confirmation hearing is scheduled for January 10 in the Kennedy Caucus Room, named for the late legendary former Judiciary Committee chair Ted Kennedy.

Now multiple sources close to the Senate discussions, as well as advocacy-group leaders, speaking on the condition of anonymity since negotiations with Grassley and his staff are nominally ongoing, say that Grassley has also refused to expand the number of witnesses, restricting Democrats to calling only four people over two days who can testify to Sessions’s long, controversial record on issues of civil rights. Grassley’s committee press secretary Taylor Foy confirmed that will be the final schedule, sharing this hearing announcement.

Sessions is one of Donald Trump’s most controversial picks, given his views on voting rights, immigration, women’s rights, and sentencing reform. In addition to all of those issues, he will be in charge of keeping on top of Trump’s myriad conflicts of interests and other legal challenges. Sessions is close to the president-elect and was one of his first supporters among elected officials.

Leahy, who is still on the Senate Judiciary Committee, recently wrote Grassley that Sessions’s incomplete answers are “increasingly troubling” given that “as a former ranking member of this Committee, Senator Sessions is well aware of the seriousness with which this Committee takes the confirmation process.” In fact, in 2010 Sessions suggested that Obama judicial nominee Goodwin Liu might be committing a felony because of his allegedly incomplete committee disclosures.

Also troubling to Democrats is Sessions’s refusal, so far, to recuse himself from voting on his own nomination. No rule requires him to, but Hillary Clinton and John Kerry, both senators when they were nominated for secretary of state, abstained. Senator Richard Blumenthal just added his voice to those calling on Sessions to recuse himself, but so far, Sessions hasn’t responded.

Senate Democrats have lots of backup. This week 1,226 law professors wrote Grassley to oppose Sessions’s nomination. “Nothing in Senator Sessions’ public life since 1986 has convinced us that he is a different man than the 39-year-old attorney who was deemed too racially insensitive to be a federal district court judge,” the letter said. While the Trump transition team has been hyping Sessions’s involvement in desegregation lawsuits while a US Attorney, three DOJ lawyers wrote a Washington Post op-ed explaining that he played “no significant role” in the cases that have been described. “Sessions has done many things throughout his 40-year career. Protecting civil rights is not one of them.”