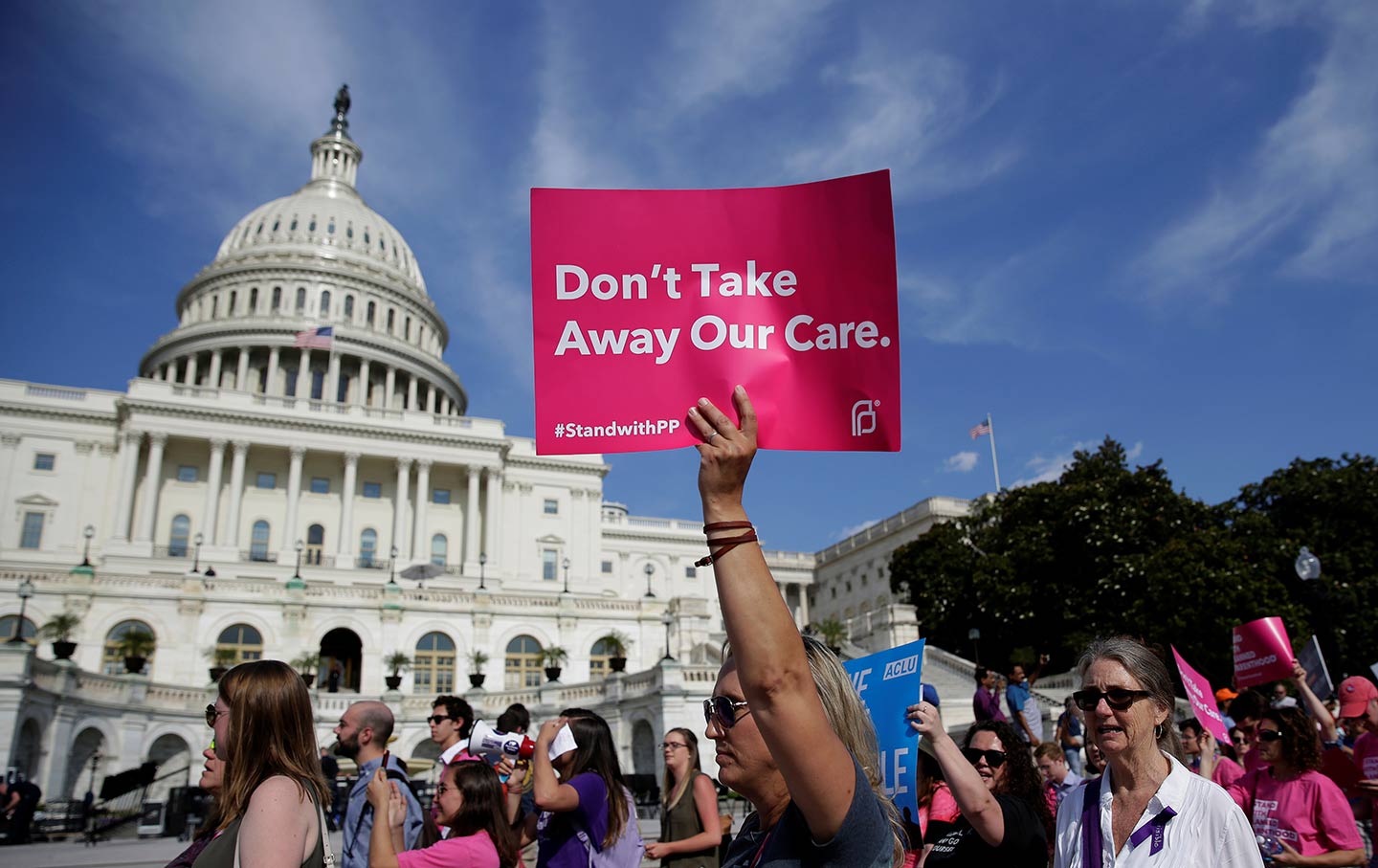 Take Action Now gives you three meaningful actions you can take each week whatever your schedule. This week, we’re focused on the latest Republican efforts to destroy the Affordable Care Act, as well as a campaign from the ACLU to fight for voting rights in states and counties across the country. You can sign up here to get actions like these in your inbox every Tuesday.

Call your senators and demand that they reject Graham-Cassidy, the GOP’s latest attempt to repeal the Affordable Care Act. The effects of this bill would be disastrous: we would see huge funding cuts to Medicaid, people with preexisting conditions would be discriminated against, Planned Parenthood would be defunded, and millions would lose coverage. Luckily, time is on our side; Senate Republicans need to pass the bill by September 30 if they’re going to do so without Democratic support. Call your senators at 202-224-3121. You can find scripts from Indivisible for both Republican and Democratic senators here. If your senators are already on board with killing Trumpcare, end your call by demanding that they fight for true universal coverage by supporting the Medicare for All bill recently introduced by Senator Bernie Sanders.

Call progressives in red states and urge them to fight Graham-Cassidy. While we need to ensure all senators fight for our health care, the future of the ACA likely hinges on the votes of a few Republican senators. Indivisible has created a call tool to connect you directly to progressives represented by those key lawmakers, so you can make sure they know the stakes and call their senators today. Click here to get directions and to sign up to make some calls.

Organize a “Let the People Vote” launch event. For years now, states across the country have passed restrictive voting laws that keep people—particularly poor people and people of color—away from the polls. Now, the Trump administration’s sham “voting commission” promises to make access to the ballot box even more difficult. Fight back by organizing a launch event on October 1st for the “Let the People Vote” campaign created by the ACLU’s new People Power initiative. The event is simple: you gather with people in your community to watch a livestream training that will teach you how to fight to protect voting rights in your state or county. You can sign up to host a “Let the People Vote” event here or find one that your neighbors have already organized here.