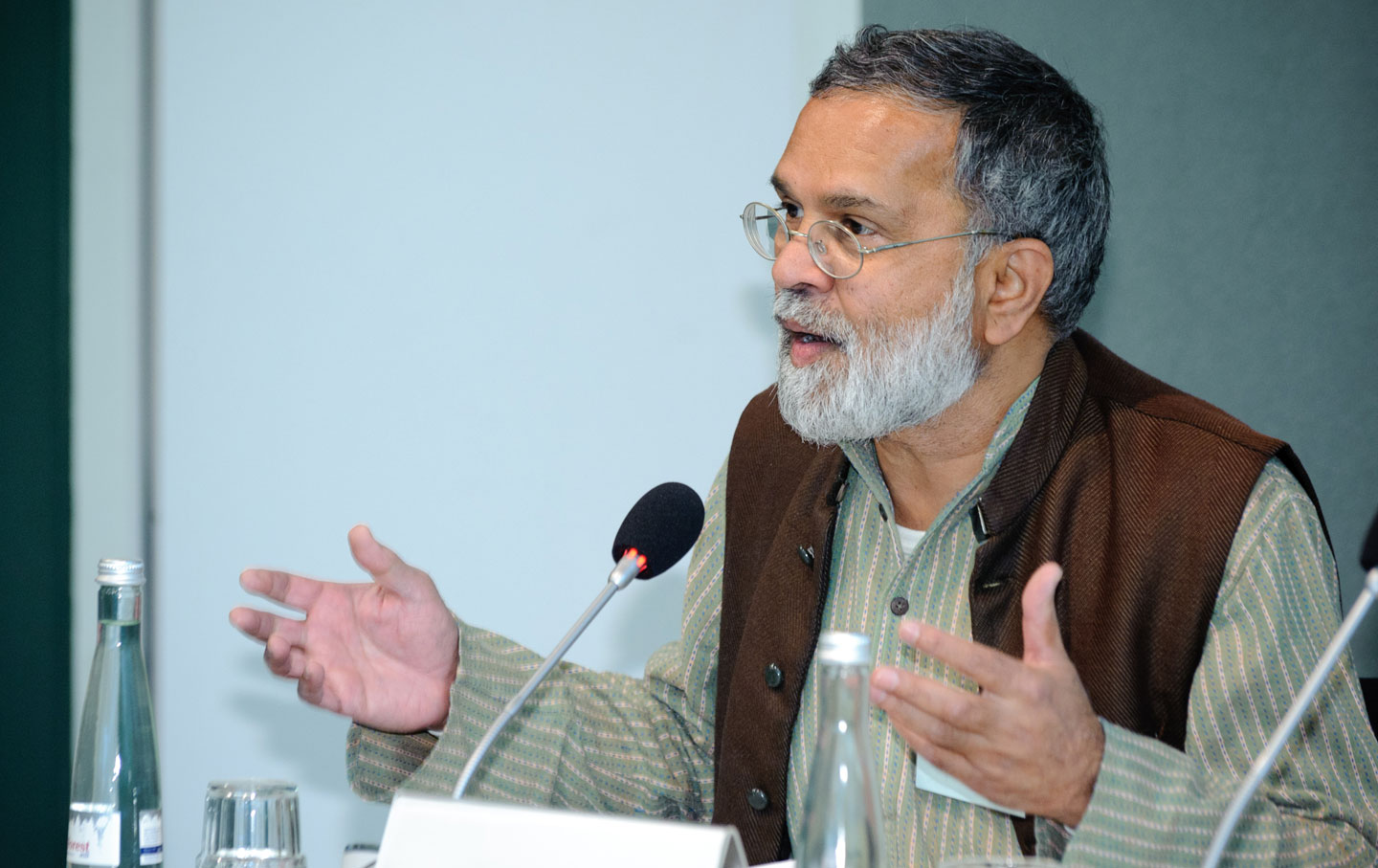 It is a daunting challenge to enumerate Bidwai’s accomplishments.  He used rigorous journalism to advance progressive change.  In addition to the many articles that he published in The Nation, Bidwai was a staff member or contributor to The Times of India, Hindustan Times, Financial Express, Economic and Political Weekly, Frontline, and Outlook (in India), and Le Monde Diplomatique (France) and Il Manifesto (Italy).  In recent years, his syndicated column was published in newspapers throughout India.  The topics on which he wrote—in depth—were mind-boggling, and included the environment, social justice, security, nuclear energy and weaponry, disarmament, science and technology, sustainable development, and ethnic and class conflict.  He brought to each one a rare combination of erudition, rigor and political engagement.  The extraordinary depth and scope of his competence was evident from his student days: he graduated from the Indian Institute of Technology, one of India’s finest and most competitive universities, with a specialization in economics, philosophy, and science and technology.

Bidwai wrote several books, including South Asia on a Short Fuse: Nuclear Politics and the Future of Global Disarmament, co-authored with his close friend, Achin Vanaik.  The book and Praful’s other activities promoting peace, including co-founding with Vanaik the Coalition for Disarmament and Peace, earned the two the Sean McBride Peace Prize from the International Peace Institute in 2000.

Among his numerous positions, Praful was a Fellow of the Transnational Institute in Amsterdam, among the world’s foremost progressive NGOs.  He had also served on the Indian Council for Social Science Research, the Central Advisory Board on Education in India, and the National Book Trust.

Bidwai’s extraordinary accomplishments were matched by unique personal qualities.  While utterly fearless and passionate in his commitment to promoting radical change, there wasn’t the slightest shred of dogmatism in his approach.  He eagerly elicited the opinions of people from the simplest to the mightiest, and whose views ranged across the political spectrum.  There was nothing he loved more than, whiskey glass in hand, engaging in intensively focused conversation on the most serious topics far into the night–leavened by frequent hearty guffaws at the craziness of this world.

Pierrot, in Edna St. Vincent Millay’s Aria da Capo, famously opines, “I love Humanity; but I hate people.”  By contrast, although Praful hated injustice, he loved humanity and deeply loved people.  He was unstintingly loyal, giving, and selfless.  His friends, comrades, and readers around the world have been boundlessly enriched by his presence; we are immeasurably impoverished and saddened by his absence.