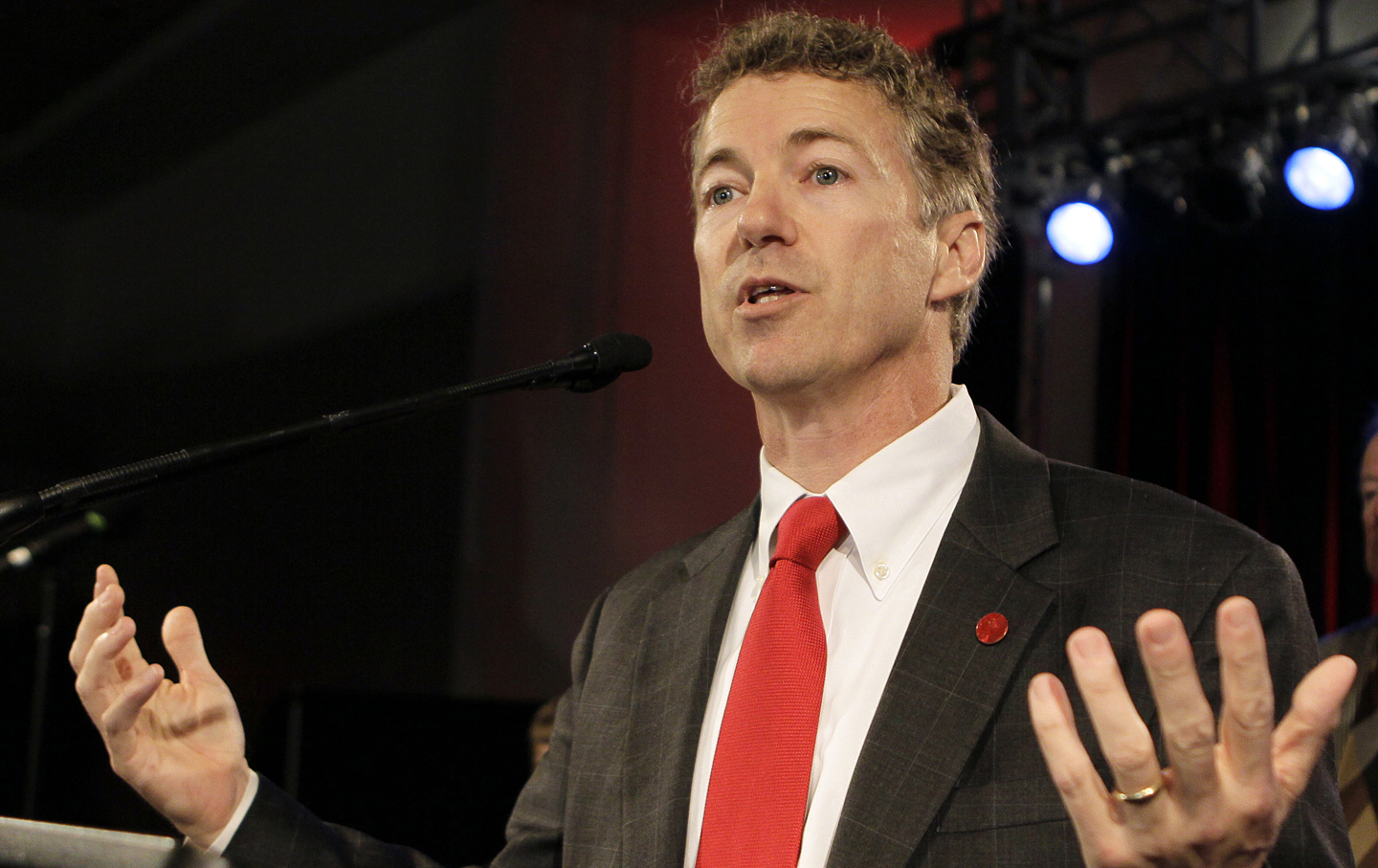 The steadiest critique of President-elect Donald Trump’s most unsettling prospects for secretary of state is coming from a Republican: Kentucky Senator Rand Paul.1

Paul is objecting—in interviews, statements, and opinion pieces—for the right reasons. The senator says he is afraid that several of the candidates for the position are “unrepentant” advocates for unthinking regime change and unnecessary war.2

Asked about reports that Trump is considering John Bolton, who served as George W. Bush’s ambassador to the United Nations, and former New York mayor Rudy Giuliani for the secretary of state position, Paul says, “Giuliani and Bolton are out there on the extreme. I don’t think they’re very diplomatic. And I think you want the chief diplomat to be diplomatic.”3

“Both Bolton and Giuliani have advocated for regime change in Iran...that sounds like war.” – Rand Paul

Appearing Sunday on CBS’s Face the Nation, Paul argued that “Bolton might be better as a secretary of war, but he is certainly not a diplomat or someone who acts in a diplomatic way or thinks that diplomacy might be an alternative to war.”4

As an example, the Kentuckian noted that “Both Bolton and Giuliani have advocated for regime change in Iran, and that doesn’t sound like diplomacy—that sounds like war.”5

With the next Senate likely to include 52 Republicans and 48 Democrats and independents who caucus as Democrats, Republican skepticism about Trump Cabinet picks is a big deal. As Paul says: “It’s a very close vote.”6

If just a few Republicans dissent, and if Democrats develop spines, some of the most troubling of the president-elect’s selections could be blocked.7

Paul is prepared to dissent.8

“I’ll do whatever it takes to stop someone like John Bolton being secretary of state,” the senator says. “He’s opposed to everything Donald Trump ran on: that the Iraq war was a mistake, regime change made us less safe in the Middle East, including in Iraq…I don’t know how a President Trump could appoint someone who’s diametrically opposed to everything Donald Trump ran on.”9

Paul is just as sharp in his criticism of New York’s former mayor.

Paul does not think he will stand alone as a Republican dissenter.12

“There are several potential Republican votes against someone like a Bolton, possibly Giuliani,” Paul said on Face the Nation. “The other thing Giuliani is going to stir up is: it is going to be a hornet’s nest on all the financial stuff.”13

Paul, who used a 2016 bid for the Republican presidential nomination to object to regime change, bloated Pentagon budgets, and mass surveillance, suggested on Sunday that 2012 Republican presidential nominee Mitt Romney would be a more “even-keel” pick for Secretary of State. But the senator noted that Romney backed the Iraq War, and he said he would be asking sharp questions if Romney were to be nominated.14

“I’m not sure I would call him unrepentant. I would say that he is somebody who has supported the Iraq war and I would want to hear more,” says Paul. “I think we should ask—no matter what the stature of the person, we should ask, ‘What are your beliefs? Was the Iraq war a mistake? Are you for regime change?’ ”15

But if a Bolton or a Giuliani is nominated, Paul suggests that his opposition “would include all of the tools, would include the filibuster as well, but I hate to prematurely offer that up.”17

What Rand Paul does offer up is the possibility of dialogue: “What I’d like to have is a public debate. People need to ask the question: ‘Have you learned the lessons of the Iraq war?’”18