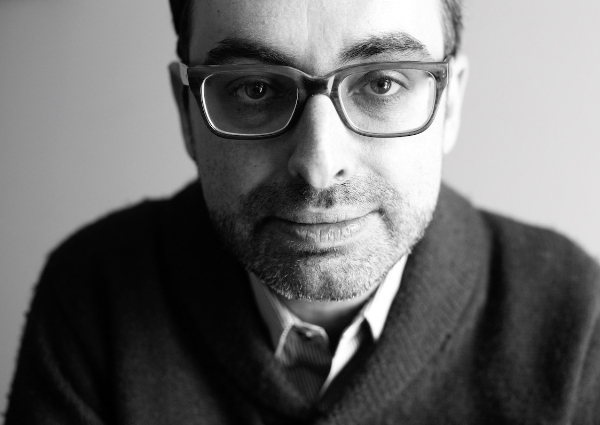 JW: You spent your first seven years in the Soviet Union—what was your 7-year-old understanding of communism, of Lenin himself?

GS: Let’s start with Lenin. One of the biggest statues of Lenin was in Leningrad right outside our window. I loved Lenin so much that I would wake up every morning and hug his pedestal. When I was 5, I wrote a book called Lenin and His Magical Goose, in which Lenin and a talking goose conquer Finland and make it a socialist country. I very much wanted to become a soldier in the Red Army, or a cosmonaut. I wanted to try to launch an attack against the United States and make it safe for socialism.

JW: You and your family left Russia in 1979. How did you get to leave?

GS: Jimmy Carter and Leonid Brezhnev created a Jews-for-grain deal. American Jews were agitating for Soviet Jews to be able to leave Russia, and at the same time the Soviet Union had a horrible wheat harvest. So grain sailed out of America and Jews sailed out of Russia. I was worth 300 loaves of bread or something.

JW: There’s a turning point in your book, when your father tells you as you are leaving, “Everything was a lie.” What did you think about that?

GS: I was heartbroken. That’s a tough sell for a kid: goodbye Lenin, hello Reagan.

JW: What surprised you about the US when you arrived?

GS: Everything surprised me. There was nothing that was recognizable. When we landed at Pan Am terminal at JFK, it looked like a flying saucer. I saw a Chevrolet Corvette; I thought it was a plane, ready to take off.

JW: Your father sent you to Hebrew school in Queens. Were you welcomed by the other Jewish kids as a refugee from an anti-Semitic country?

GS: Remember, these were the days of Reagan’s “Evil Empire” speech. The kids had seen all those movies—Red Dawn and Red Gerbil and Red Hamster—and being Russian was the worst thing you could be. I tried to convince them I was born in East Berlin. When you’re trying to convince Jewish kids that you’re German, you know you’re in deep trouble.

JW: I understand you got a subscription to National Review when you were 11. How did that happen?

GS: That’s so embarrassing. I remember Margaret Thatcher was always on the cover. Also at age 11 a card came in the mail with my name on it, along with an eagle and two rifles. It was my membership card in the National Rifle Association.

JW: What was your path away from loving Ronald Reagan and reading National Review?

GS: I volunteered for the George H.W. Bush campaign, and there was a victory party at the Marriott in Times Square. I walked in wearing my one polyester suit, feeling I was finally going to meet the girl of my dreams. I saw two Republican girls wearing the pearls and stuff, and they asked me to come over. I thought, this is it! And they asked me for a rum and Coke. They thought I was a waiter. I realized that this dark-skinned immigrant in the polyester suit is probably not GOP material.

JW: Your parents loved America, but they were always afraid they would lose their jobs. Did it ever occur to them that the problem might be with America and not with them?

GS: No. America for them was and is a country that can do no wrong. They are still very Republican, and they love Fox News. I sort of understand their point of view, because it was forged in opposition to the system in which they grew up.

JW: You’ve lived in the US since you were 7—for the last 34 years. Is Russia still part of your life?