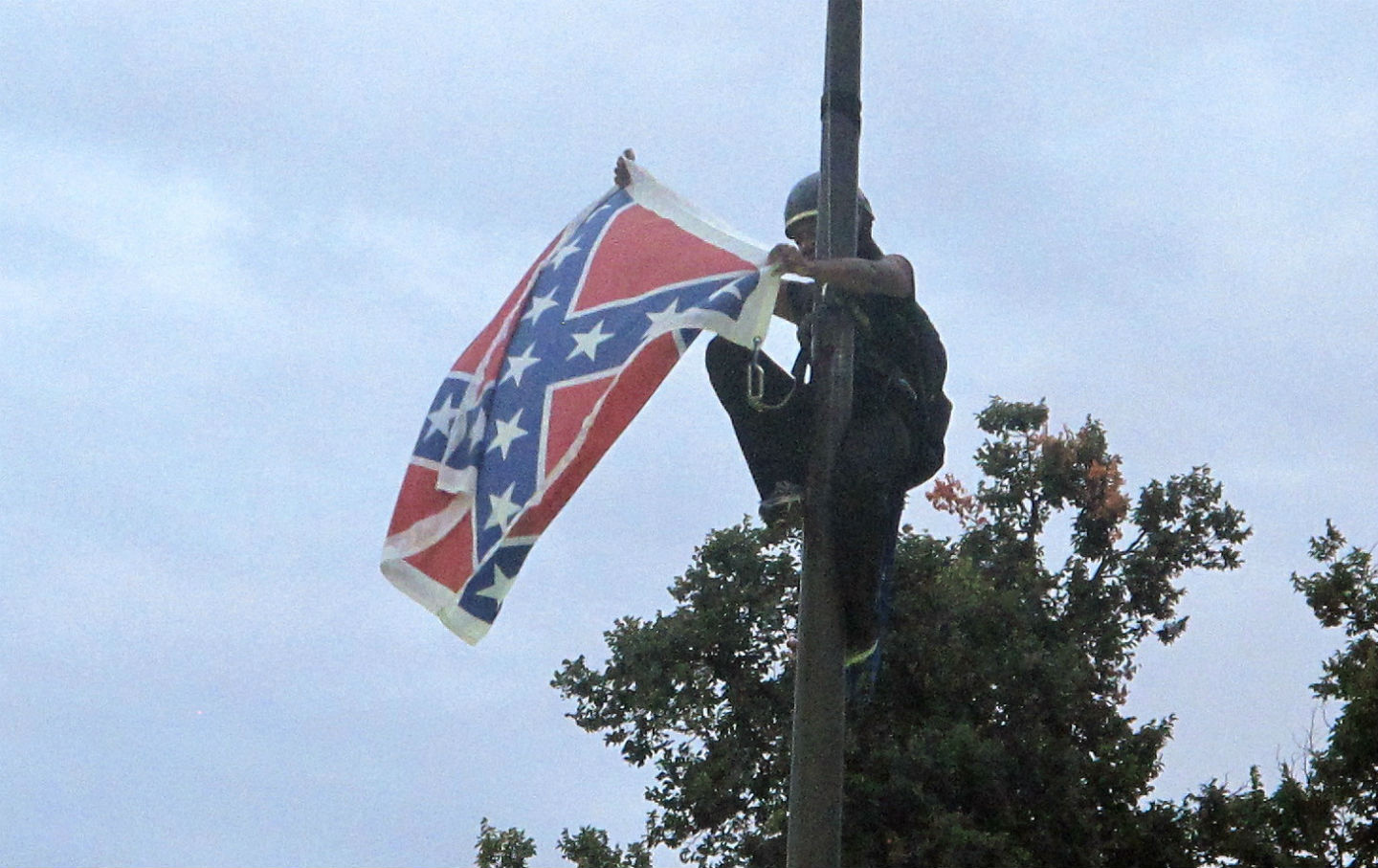 The Olympic Games are hybrid beast, at once alluring and appalling. The divine part of the Olympics takes place when we become immersed in the stories of individual athletes. We discover sports that normally languish in the shadows and see the sports media crawl out of their NFL-branded man cave to actually appreciate the genius of female athletes. Even ESPN stops devoting just 2 percent of SportsCenter to women’s athletics and it commentators cease their practice of sounding like they’re “eating their vegetables” when reporting on this part of the sports world.

The detestable part about the Olympics is that they have become politically indefensible. They deliver debt, displacement, and hyper-militarization to any city cursed with becoming a host. We sorely need a new Olympics that highlights athleticism, puts a focus on women athletes, and isn’t politically toxic. I therefore propose what can be known hereafter as the Bree Newsome Olympic Challenge. Unless you have been living inside NewsCorp headquarters, then you know Bree Newsome as the woman who climbed the flagpole on the capitol grounds of the Columbia, South Carolina, State House and took down the Confederate flag. Others have already written about the political and symbolic importance of someone”s bravely putting into action Dr. King’s dictum “Why We Can’t Wait.” I’d rather focus for a moment first and foremost on the remarkable physicality of what Ms. Newsome accomplished. Apparently, she had never even attempted such a feat before two days prior. This is to anyone who has done that kind of harness-based climbing. The combination of dexterity, strength, and badassery to pull it off is LeBron-worthy.

Then there was the arrest. Even before Ms. Newsome had been led away in silver bracelets, social media were swamped with queries about how to pay her bail. In rapid fashion, it was done. Finally, before the day had been completed, works of art began to flourish commemorating the moment.

After a mere 24 hours, the concept of what the Bree Newsome Olympic Challenge could be took shape in my mind: Competitors would travel the nation in an effort to dismantle flags, monuments, and commemorations of alleged “great leaders” who committed great crimes. The Confederate flag still flies over the state of Georgia and Mississippi (and South Carolina, for that matter), and a motley crew of slave owners, eugenicists, and architects of Native American genocide are given places of honor—absent of context—in cities and towns around the nation. The Andrew Jackson Relay Events alone would keep us busy for years. Our athletic handbook could be James Loewen’s brilliant Lies Across America, which documents every public square that is dedicated to defending indefensible acts in the name of rewriting or whitewashing US history.

The goal of competitors would be to capture a flag or construct some kind of public installation that would contextualize those unduly honored. The athletic aspect would involve not only the climbing of flagpoles, of course, but also finishing whatever action one is trying to pull off before the police slap on the cuffs. But have no fear, the next competition is “raising bail.” It was fascinating to watch how quickly the numbers flipped and continue to flip for Bree Newsome’s bail fund, like an old-school taxi meter. The first to inspire people to raise the necessary bail gets the gold in that particular aspect of the competition. And lastly, there is the art of the struggle: What kind of artistic remembrance does your struggle inspire? That part, per one aspect of the Olympic tradition, would be left to judges.

Unlike its parasitic step-sibling headquartered in Lausanne, the Bree Newsome Olympic Challenge requires no public expenditures and demands no corporate underwriting. It can be broadcast live over the web along with color commentary that speaks about the challenges each athlete activist faces, as well as the history the competitor is attempting to rectify. Think of it like The Running Man as rewritten by Howard Zinn. It’s the Bree Newsome Olympic Challenge: combining the thrill of athletic competition with the need to make sure that truth—the good, the bad, and the ugly—never ceases being a part of US history. Please e-mail me at dzirin@thenation.com if you have any suggestions for locales and, if needed, I’ll do a follow-up column with the best ideas.

This needs to happen so… who wants to go for the gold?