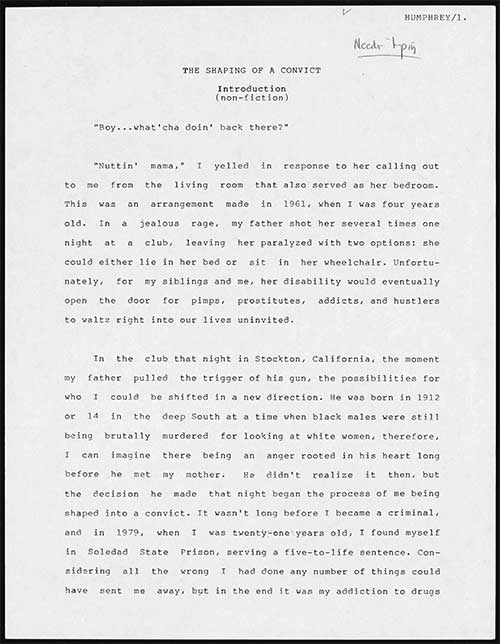 The Shaping of a Convict, by Humphrey.

Each year, millions of tourists wander through fortresses of grimy halls and tomb-like cells to bring the dead back to life. With state-sanctioned audio clips, tours, and personal narratives at former prison sites such as Alcatraz Island, the ghosts of incarcerated people begin to take shape again. The intricacies of their lives, it seems, are more comfortable to invoke than those of the 10 million unseen individuals behind barbed-wired walls around the world today.

Doran Larson, a professor of literature and creative writing at Hamilton College and leader of the Attica Correctional Facility Writer’s Workshop from 2006 to 2016, recognized this inaccessibility, and invited prisoners from across the country to tell their stories, compiling nonfiction essays into a book called Fourth City: Essays from the Prison in America. 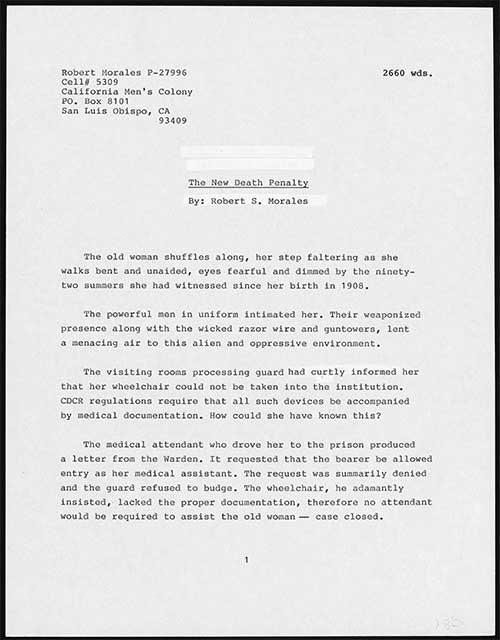 “The deadline for the book passed in fall of 2012, but the essays kept flowing to our mailbox. The folks inside knew the essays wouldn’t be published [in the book], but they just wanted someone to read their work,” said Larson. The overflow of essays led to the birth of the American Prisoner Writing Archive (APWA).

Today, the APWA boasts over 1,600 essays, making it the largest and first fully searchable archive of nonfiction writing by those currently incarcerated in the United States. “We get about 50 new essays per month, and we want to see more,” Larson said. (Submission guidelines can be found on the site.) The APWA staff hopes to “ground national debate on mass incarceration in the lived experience of those who know prisons best.” 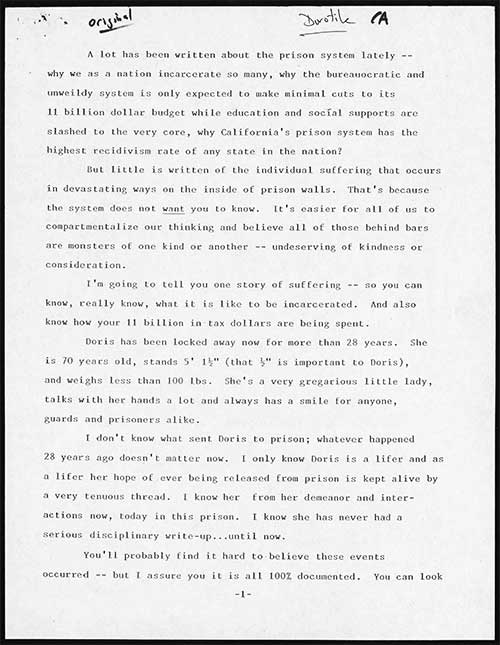 After reading just a few dozen essays, bold themes begin to emerge: brutal retaliation against the incarcerated for minor infractions, such as misreporting the number of toilet-paper rolls in an individual’s cell; assault and rape by corrections officers; cover-ups of corruption, suicide, institutional (and explicit) racism; inadequate or no health care; and the recognition that prison is the new form of slavery in the United States. There are also documentations of extraordinary resilience, resistance to dehumanizing practices, and the will to rebuild damaged lives from inside.

The essays are poignant and gut-wrenching. They vividly depict the waking nightmare endured by over 2 million Americans, recalling, in turn, accounts written by freed slaves throughout the late-18th and nineteenth centuries. 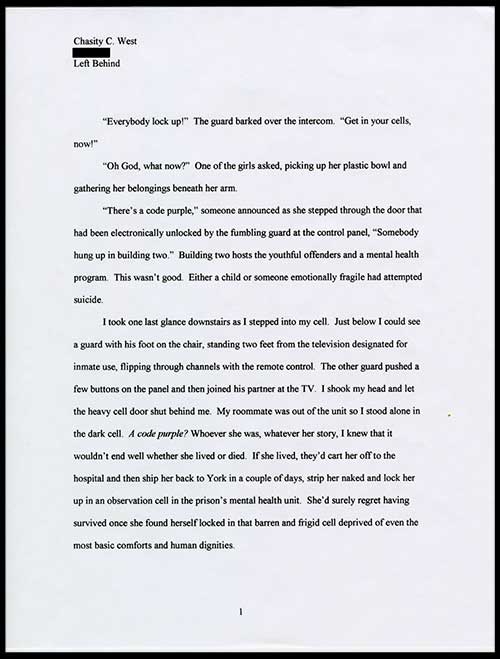 Left Behind, by Chasity C. West.

Without the slave narratives of Frederick Douglas, Josiah Henson, Lewis and Milton Clarke, and Sojurner Truth, to name a few, the public would have had to rely exclusively on the (white) establishment’s views of black individuals and of slavery itself. What’s more, many mainstream narratives about slavery, driven by economic interests, were pure fiction: Historian Ulrich Phillips (falsely) concluded in his work American Negro Slavery that “slaves were not generally mistreated by their masters, that slave families were not separated, that slaveholders did not deliberately breed slaves for the owners’ economic advantage and that those engaged in the slave trade were ostracized from the best society.”

In this light, it is worth considering the prison letters’ potential legacies. The University of North Carolina’s Documenting the American South archive hosts over 11 million words of first-person accounts by former slaves; the APWA has grown to approximately 20 percent of that size within just nine years. 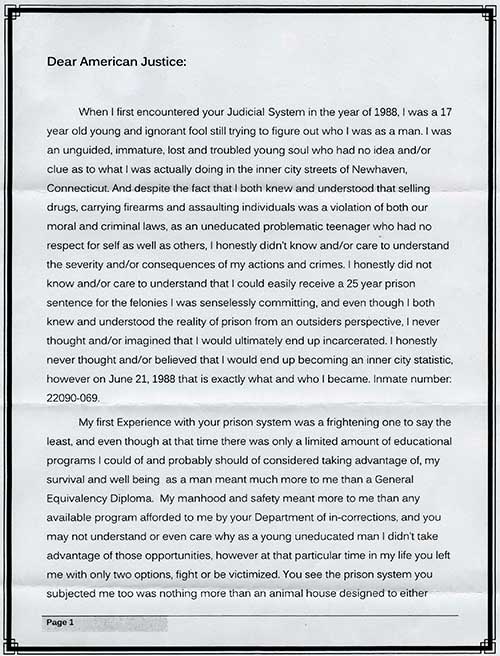 Thank You for Creating a Beast, by Billie Gomez.

The Nation has selected five essays from the APWA that are particularly memorable. You will read about Robert, who serves a life sentence for a burglary, and his tender friendship with Tony—a doddering older fellow withering away in a prison cell until death for a similar offense. (Today, four times as many people are serving life sentences compared to 1984—one in seven American prisoners will die behind bars.) You’ll meet Humphrey, a black man who, from a young age, never expected to become anything other than a convict. (One in three black men in the United States will be imprisoned by age 35.) And Rosa, who committed an unanticipated suicide following a long stint in solitary confinement for speaking out against sexual exploitation by guards. (Prison suicide rates have sharply increased since 2013.)

“Prison writing is one of the oldest literary genres we have,” remarked Larson. “Incarcerated people have been writing about their experiences since we started putting them in cages.” These letters are a rare and unusually candid look at that world we have built.