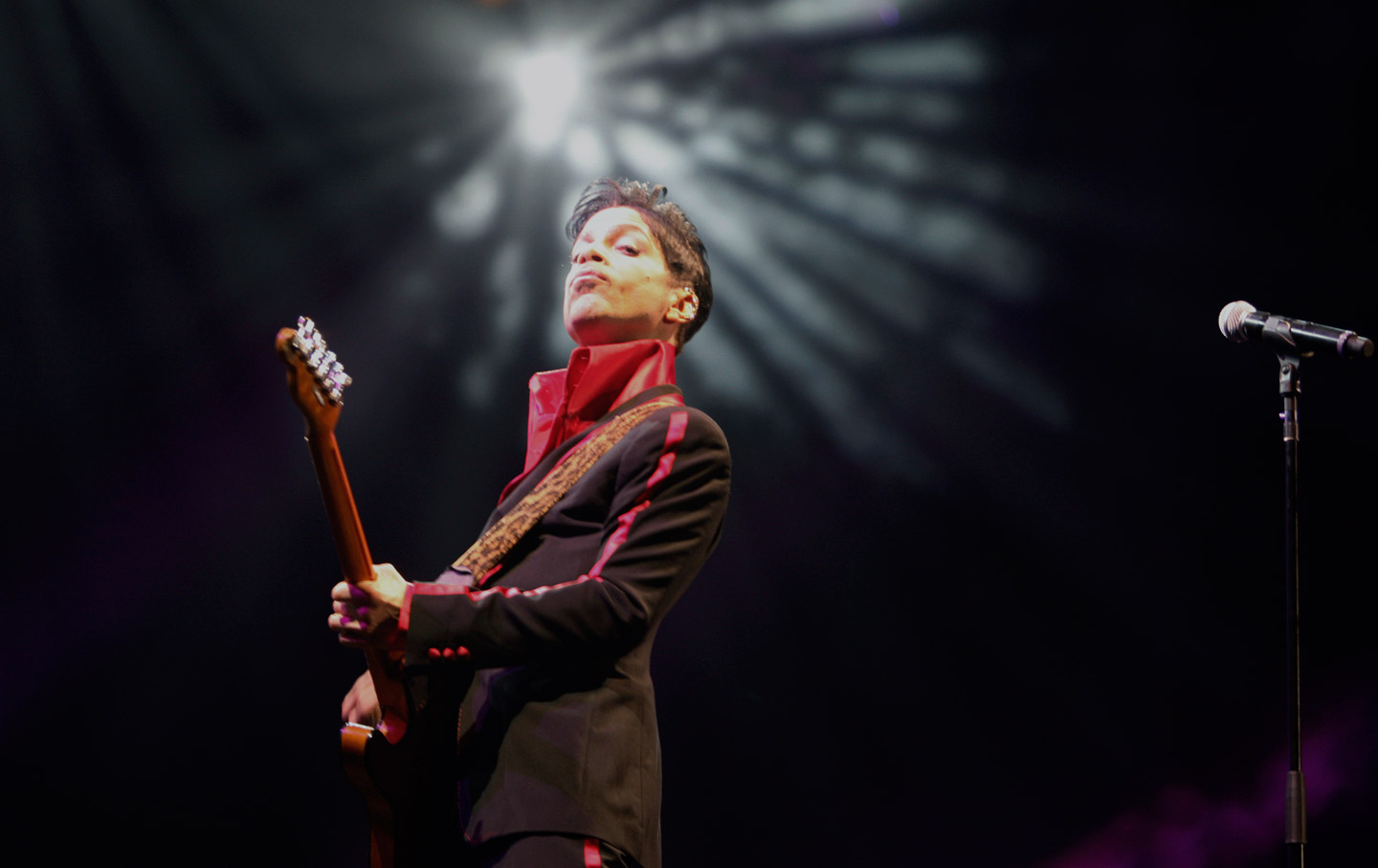 Prince was not often identified as a political artist. He was rarely referred to as a protest singer. Yet, in the last year of a remarkable life, he was hailed as a “funky Pete Seeger” who amplified the message of the #BlackLivesMatter movement.

There was so much more to Prince Rogers Nelson, who has died unexpectedly at age 57, than politics. But Prince often made bold statements about the issues of his times—as when he used the song “Ronnie Talk to Russia” to urge President Ronald Reagan to get serious about nuclear disarmament. And he kept doing so, telling the audience at the 2015 Grammys ceremony that “black lives… still matter.”

Prince embraced controversy, and he sometimes inspired it—Tipper Gore formed her music-labeling group, the Parents Music Resource Center, after she found her 12-year-old daughter Karenna listening to his song “Darling Nikki.” Prince broke down barriers, made demands and opened up dialogues in ways that changed lives. Prince referred to his band as The Revolution, argued that “the gatekeepers must change” and championed the ideal of a new power generation. A brilliant musician and performer, he controlled his own career, absolutely and without apology. That allowed him to remain exceptionally engaged with his times, and to respond immediately to tragedy and trauma. He released new songs to benefit New Orleans relief initiatives at a point when officials were still struggling to respond to the 2005 storm.

“The system is broken. It's going to take the young people to fix it this time.” — Prince

The son of a jazz pianist and a social worker, Prince rejected categories and stereotypes and invited generations of fans to break through racial, gender, sexual, and musical barriers. If he had an ideology, it was a faith that human beings could achieve unity and transformational change. Indeed, even in the most difficult of circumstances, the Jehovah’s Witness imagined that unity—and the possibility that might extend from it. His response to the killing of Trayvon Martin was to work with his friend Van Jones to develop the #YesWeCode initiative to prepare 100,000 low-income young people for careers writing computer code.

Less than a year ago, in May of 2015, Prince released the song “Baltimore” as a tribute to Freddie Gray and other African-American men who had died while in police custody. The song, Prince’s spokesman said, a response to “the slew of killings of young black men.”

“Are we gonna see another bloody day?” he asked, and then he answered: “We’re tired of the cryin’ and people dyin’—Let’s take all the guns away.”

“[With] ‘Baltimore,’ Prince is trying on a different protest singer’s hat—he’s playing funky Pete Seeger, leading chants and rousing hearts to inspire activism in a specific place and time,” observed NPR music critic Ann Powers. “This song personalizes its call for armistice with names we’ve all come to know, names that press upon our hearts. ‘Does anybody hear us pray for Michael Brown or Freddie Gray?’ Prince sings before offering a philosophical zinger: ‘Peace is more than the absence of a war.’ The chant that anchors ‘Baltimore’ is contemporary, too—not “We Shall Overcome,” but ‘No Justice, No Peace,’ which arose in response to hate crimes in the 1980s and resonates in Ferguson, Staten Island and Sandtown today.”

On May 10, 2015, Prince appeared in Baltimore, to perform the song as part of a “Rally 4 Peace” concert, where he told the crowd: “The system is broken. It’s going to take the young people to fix it this time. We need new ideas, new life…”