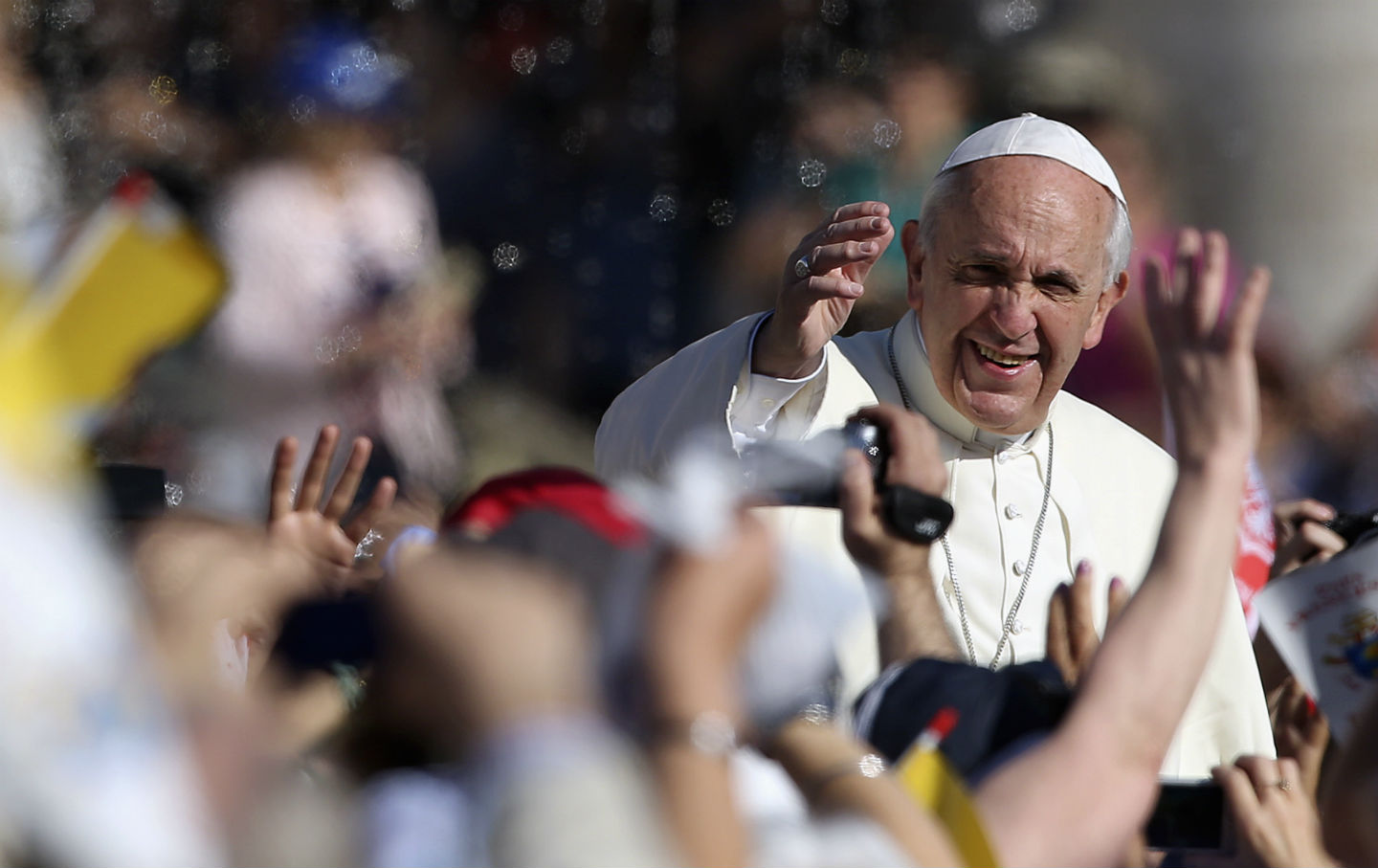 “Laudato Si,’ ” Pope Francis’s stunning encyclical, has earned much deserved attention for its ringing declaration that climate change poses a real and present danger and is caused “mainly as a result of human activity.” But Pope Francis’s text is far broader. He grounds his call for action on climate change within a fierce critique of the false doctrines of market fundamentalism, calling on us to “reject a magical conception of the market, which would suggest that problems can be solved simply by an increase in the profits of companies or individuals.” The pope, as the Wall Street Journal summarized, issues “an indictment of the global market economy” for “plundering the Earth at the expense of the poor and of future generations.”

Pope Francis grounds his view on climate both in the scriptures and centuries of Catholic teaching, repeatedly citing the views of past religious figures. The title of his encyclical, “Laudato Si’ ”—which means “Praise be to you”—comes from a thirteenth century poem on nature by St. Francis of Assisi. His views on the folly of the market also are grounded in the church’s teachings and continue the themes that he boldly put forth in his apostolic exhortation, “Evangelii Gaudium.”

“The Earth, our home,” he writes in the new encyclical, “is beginning to look more and more like an immense pile of filth.” We are failing in our responsibility to care for God’s creation. The reason, he says, is that idolatry of the market and consumerism has supplanted any sense of the common good. And public action is stalled because “too many special interests, and economic interests easily end up trumping the common good and manipulating information so that their own plans will not be affected.”