Last August, Jose LaSalle, a prominent New York City Cop Watch activist, was arrested after filming a stop-and-frisk near a housing project in the South Bronx. Though filming the police is legal, LaSalle was charged with “obstructing governmental administration.” LaSalle claims he was standing far away from the incident. To continue documenting his own arrest, the veteran activist left his two phones and a GoPro camera turned on and recording as he was being taken to a nearby police station. 1

LaSalle spent the night in jail, and was released the next day after the Bronx District Attorney’s Office declined to charge him. LaSalle immediately went to pick up his stuff, hoping one of his many recording devices had captured some evidence of illegality in his arrest. But that evening, before he could extract any information from his phones and camera, LaSalle was arrested again. He had told some friends that he had evidence on his phone regarding what he considered an illegal arrest—they had tweeted about it. Four police officers, including the precinct’s commanding officer, Jerry P. O’Sullivan, promptly walked into the diner where LaSalle was having dinner and handcuffed him, claiming that he hadn’t been given a court date while in booking. They also said they wanted his phone. 2

The Fraternal Order of Police Must Go

LaSalle was taken to a holding cell, where he says an officer asked for the password to his phone (LaSalle declined to provide it). The activist was released after a few hours, but this time, he says, police would not give him back his recording devices, which they said were needed for an investigation. LaSalle checked his e-mail and found a message from an app called Lockwatch, which he had installed on his now-captive phone. Someone was trying to get into the device.
3

Lockwatch is an Android app that alerts users when someone has wrongly entered a passcode. The app works by silently snapping a picture of the individual who has entered the wrong passcode using the front camera. It also records the incident for 20 seconds using the phone’s microphone and provides time-stamped GPS coordinates of the location in which the passcode entry attempt took place. Lockwatch reported to LaSalle that a phone-passcode entry attempt had occurred at 11:01 PM August 6, which LaSalle says was roughly an hour after he had been brought to the police station and had handed over his phone. 4

LaSalle provided screenshots of the alert he got from Lockwatch to The Nation. The GPS coordinates show that the phone entry attempt took place within the Bronx NYPD building, Police Service Area 7, to which LaSalle had been brought. 5 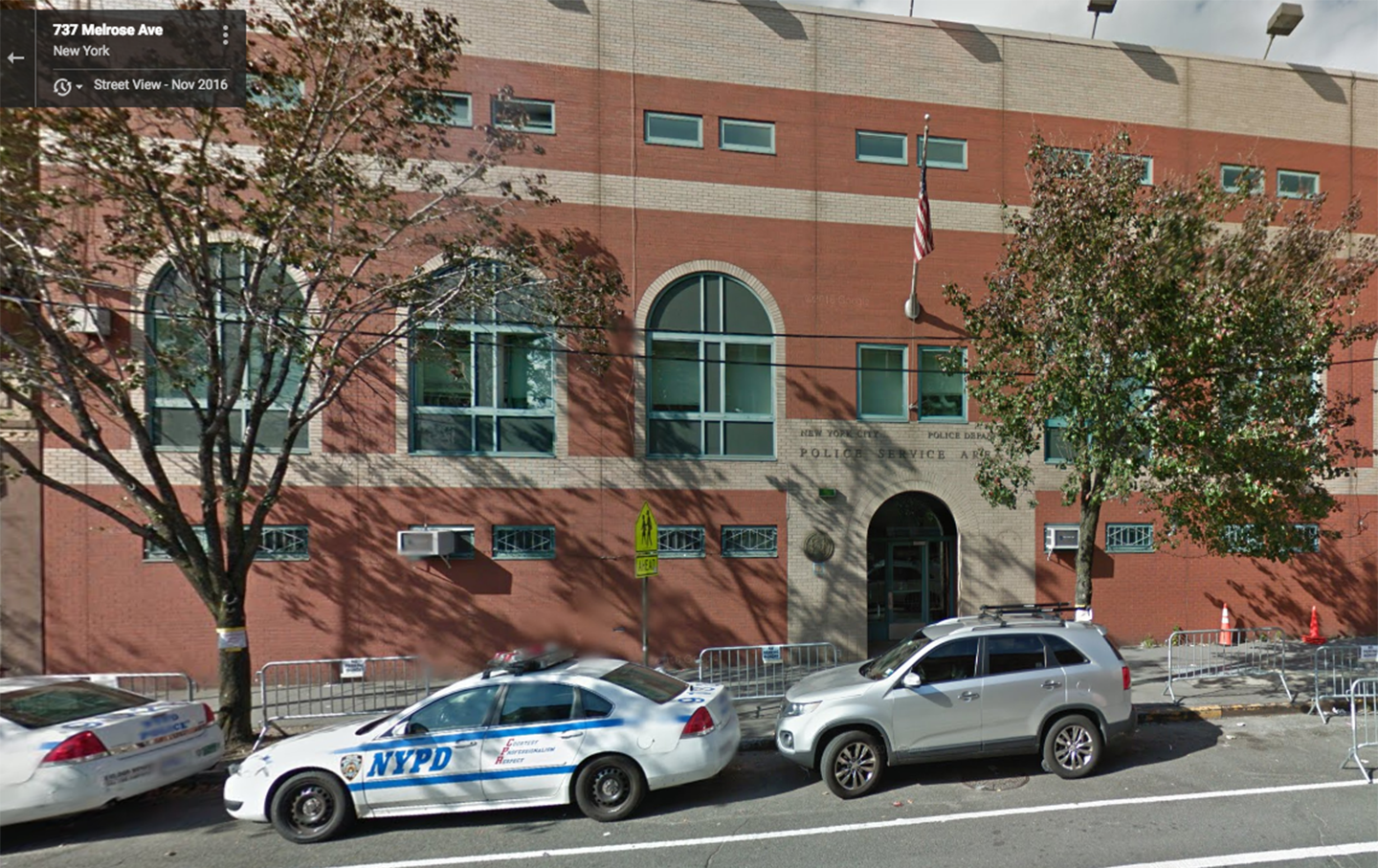 The Google Maps image of the coordinates that LaSalle’s Lockwatch app alerted him to when a police officer attempted to reset his phone. (Google Maps) 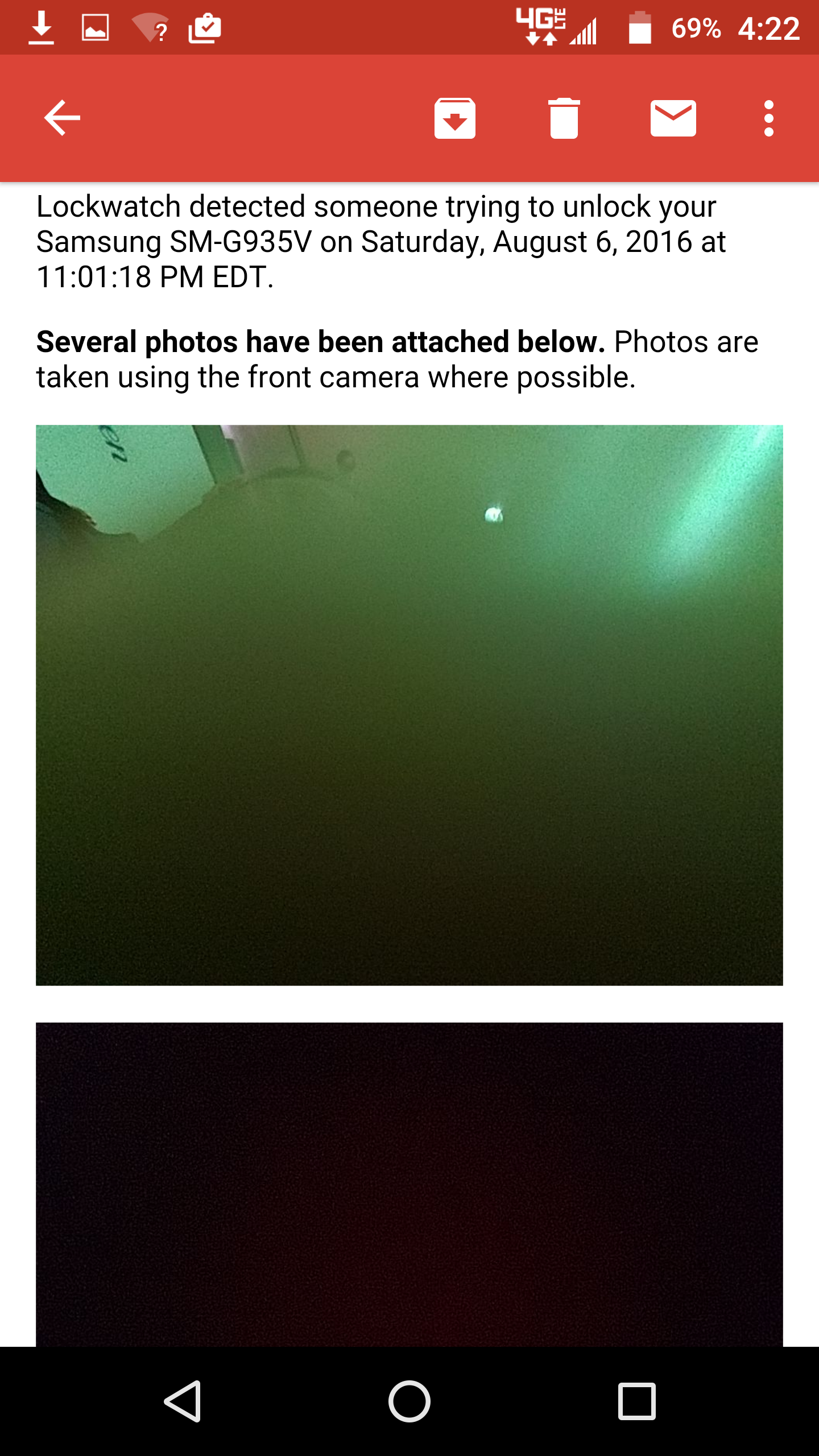 The image taken on Lockwatch of the person attempting to access LaSalle’s phone. (Jose LaSalle)

The Lockwatch alert also included a blurry photo of the individual who attempted to enter a passcode into LaSalle’s phone and audio of a voice telling another, “I’m going to shut this off so it’s not on.”

LaSalle’s lawyer, Jeffrey Emdin of Emdin & Russell LLP, says that the police obtained a search warrant for a radio LaSalle was carrying, but did not have one for his passcode-protected cellphone. “This is an illegal Fourth Amendment search and seizure and a privacy-rights violation,” says Emdin.7

The notification forced LaSalle to act. “It showed me someone was trying to tamper with my phone and it gave me a chance to think, ‘How can I get this message out?’” recalls LaSalle, who called the NYPD’s Internal Affairs Bureau and lodged a complaint. He told the bureau that he had evidence of phone tampering and he explained the app’s capabilities. LaSalle says he hoped the warning would halt any off-the-books phone tampering. And it may have worked. 8

When LaSalle got his devices back, he claims that while the audio, picture, and video files from his GoPro camera had mysteriously disappeared, his locked phone still had the audio recordings he had captured at the time of his arrest and afterward. “When I charged it up and turned it on, I was like, holy shit, the files are still there.” What LaSalle found in the audio seemed to confirm that his arrest occurred under questionable circumstances.

As LaSalle is brought into the precinct, officers can be heard celebrating, yelling, “It’s a party, it’s a party,” and “Got him.” Later on the recording, LaSalle says police can be heard discussing how far from them he was standing while filming their activity. In the audio, one voice says, “He was about like ten feet away maybe,” and another voice responds, “It was fifteen, twenty feet away.” The first voice responds, “Nah, didn’t he come close because…” and the second voice cuts in, disagreeing, “I told him to stay away, Baez told him to stay away.” LaSalle says Felix Baez was one of his arresting officers.9

LaSalle’s recording of the police from his phone.

Voice 1: Is that a misdemeanor?

Voice 2: That’s a misdemeanor bro, what the fuck.

Voice 1: There’s no felony-charge option? It’s a misdemeanor, maybe you could see like a felony charge…

Voice 2: [Unclear] Class A, I could DAT this motherfucker [DAT means desk appearance ticket]… We can’t find like a felony charge for this… it’s only a misdemeanor [a lesser charge than a felony]. It’s a Class A misdemeanor.

Voice 2: We got one 40.40 [a minor charge regarding the unlawful possession of certain radio devices], and there’s a misdemeanor.

In January, the Bronx District Attorney’s Office suddenly decided to drop all charges against LaSalle, but the audio undermining the original justification for his arrest will likely help LaSalle as he pushes for an investigation by New York Mayor Bill de Blasio into the NYPD division, Bronx PSA 7, that arrested him. LaSalle feels that his arrest was politically motivated because of his practice of recording of the police. “Who knows what would have happened if I hadn’t told Internal Affairs about what my phone was taking pictures of them and recording them when they tried to mess with my phone.”10

“I don’t believe this is an isolated incident, I’ve had other cases where these allegations of phone tampering have been raised,” says Emdin, “But what’s unique about this is that Mr. LaSalle had an app indicating when there was an attempt on illegally accessing his phone. It would be great if everybody used this because this is an unfortunate reality we have to deal with—the police often take shortcuts to obtain evidence they want or delete that which they feel is harmful to their rendition of the facts.”11

The NYPD did not respond to The Nation’s request for comment as of press time.12