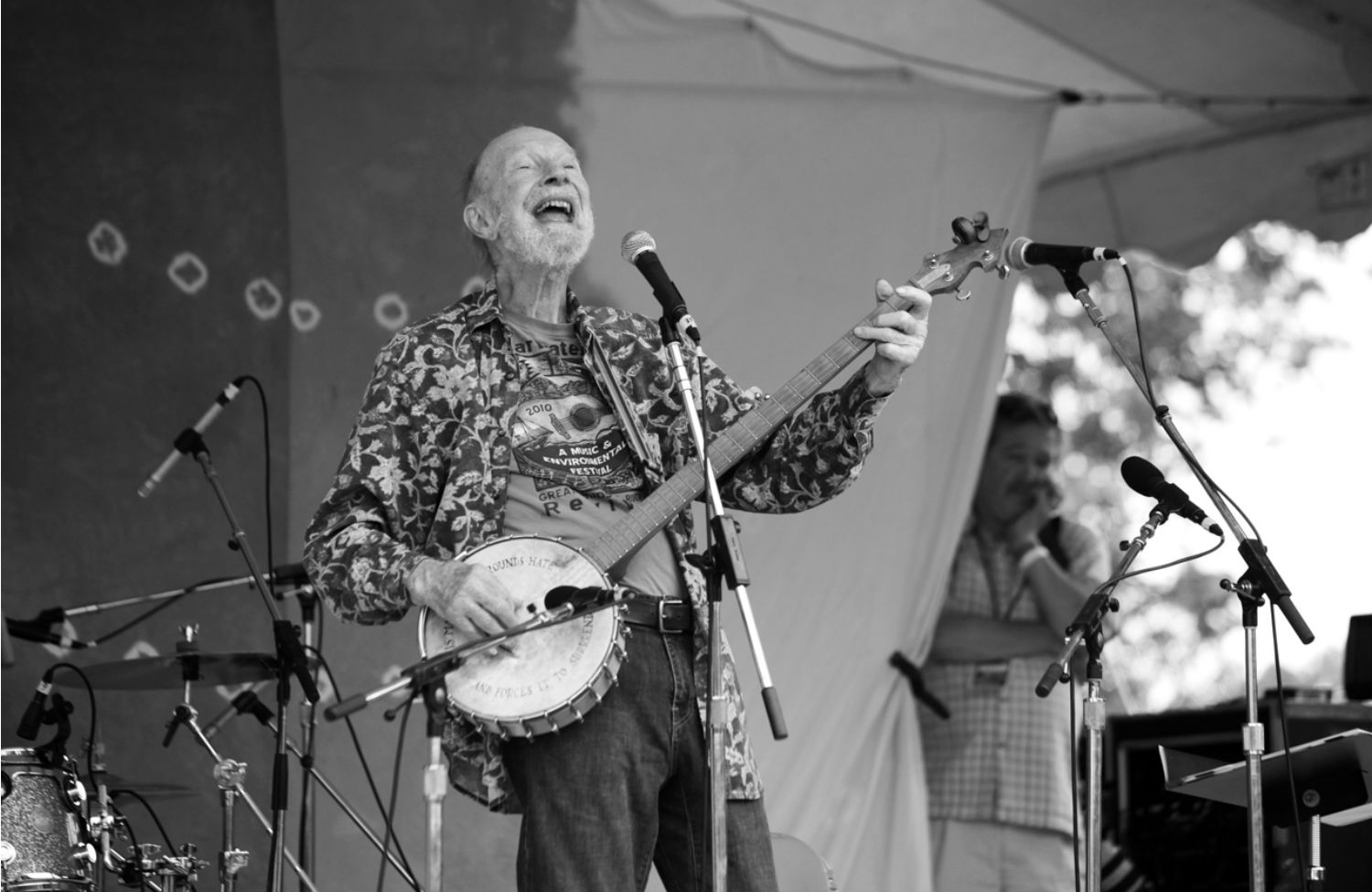 The first concert I ever saw was Pete Seeger playing Carnegie Hall in 1970 when I was a toddler. (“What took your parents so long?” my friend John Nichols once asked.) Since then, I was lucky to see Seeger sing at numerous shows, labor rallies, anti-apartheid protests, annual Clearwater Festivals, an environmental fundraiser, an early Farm-Aid benefit, after breakfast at my lefty summer camp, and, for the last time, on the streets of the Upper West Side of Manhattan at an Occupy rally in the fall of 2011.

Seeger, who was born 100 years ago today, died on January 27, 2014, at the too-young age of 94. He was everywhere. It’s a cliché, but wherever people were struggling for their rights and their dignity, Seeger was there. He spearheaded an American folk revival while championing a litany of social justice causes and lived an extraordinary life marked by hard work, skilled musicianship, and kindness.

Musically, Seeger was both a songwriter and, like his idol Woody Guthrie, a great interpreter of America’s deepest folk traditions. Seeger talked about himself as part of a continuing folk tradition, regularly recycling and revising the music of previous generations. He didn’t write “We Shall Overcome,” the iconic anthem of the civil-rights revolution, but no one played a greater role in popularizing the song. His most famous original compositions, “If I Had a Hammer” (an immortal tale of perseverance) and “Where Have All the Flowers Gone” (a haunting lament about the absurdity of war), are forever a core part of the culture of protest in the United States and elsewhere around the world.

Seeger’s life and legacy resonated deeply with generations of artists and activists of all stripes and inspired considerable musical tribute. This list is meant simply as a starting point for discussion (and listening!).


2. Where Have All the Flowers Gone


4. What Did You Learn in School Today


8. This Land Is Your Land with Bruce Springsteen


10a. Worried Man Blues with Johnny and June Cash


10b. Kisses Sweeter Than Wine with the Weavers