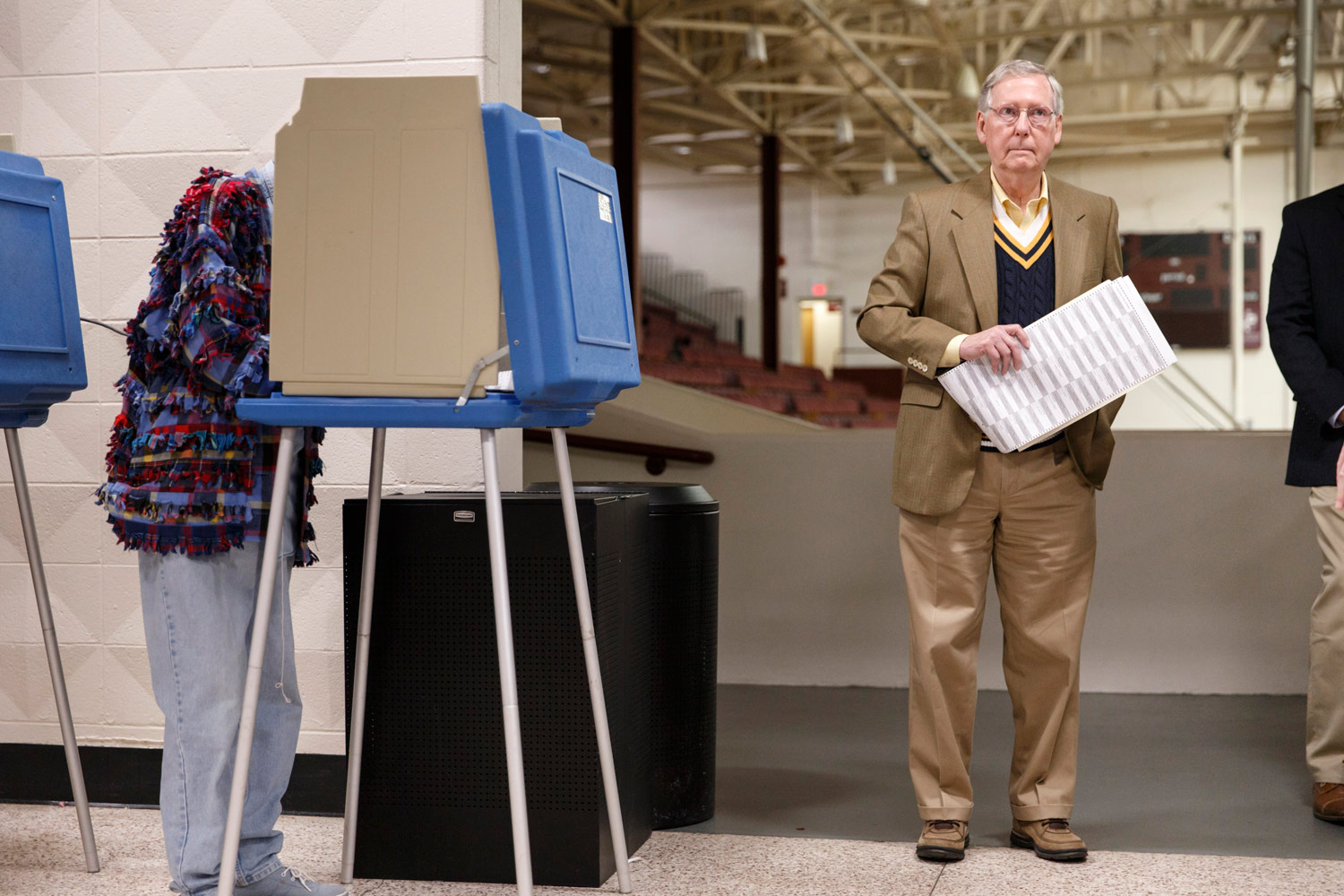 Well, that was hideous. It was clear from the start that Democrats were going to have a bad night, but in the end it was worse than most expected. In North Carolina, Senator Kay Hagan, who was polling slightly ahead, lost to Thom Tillis, a candidate who once declared the necessity of getting citizens to “look down at these people who choose to get into a condition that makes them dependent on the government.” Iowa is sending Joni Ernst to the Senate, a woman who wants to abolish the EPA and has warned of a UN plot to forcibly relocate rural Americans into urban centers. Odious Republican governors like Rick Scott and Scott Walker kept their jobs, and the GOP won gubernatorial races in blue states like Massachusetts, Maryland and Illinois.

The strange thing, though, is that while the election was an overwhelming victory for conservatives, it really wasn’t a conservative mandate. That’s not just progressive spin—it’s hard to think of a single actual policy issue on which voters gave their endorsement to Republican plans. Voters are desperately unhappy with the economy, worried about chaos in the Middle East and the spread of Ebola at home. The mood of the country, if it’s possible to generalize, is sour, anxious and suspicious, and many, particularly the white male voters whose overwhelming backing pushed Republicans over the top, hold President Obama responsible.

And yet there’s no evidence at all that these same voters actually support the things that Republicans want to do. Consider, for example, the decisive victories of the four state-level initiatives to raise the minimum wage. All were in red or at least reddish states—Alaska, Nebraska, Arkansas and South Dakota. A few passed overwhelmingly—the Arkansas initiative won by 65 percent. Then there was the crushing defeat of anti-abortion Personhood Initiatives in both Colorado and ultraconservative North Dakota. (The anti-abortion movement did better in Tennessee, where a ballot measure amending the constitution to allow for more abortion restrictions passed.)

Exit polls show that voters are worried about a terrorist attack, but there’s no indication that they want a more aggressive military response to ISIS. A clear majority—54 percent—support legal abortion. While 47 percent of voters say Obamacare went too far, even more either say that it was just right or didn’t go far enough. Seven in ten voters say the economy is in bad shape, but other surveys have consistently shown that they want more wealth redistribution, not less.

Last night, then, was basically a flailing, inchoate protest vote against the status quo. Republicans made few positive proposals during the race, and worked hard to camouflage their own extremism. As The New York Times reports, “In media training sessions, candidates were forced to sit through a reel of the most self-destructive moments of 2012, when Todd Akin and Richard Mourdock’s comments on rape and pregnancy helped sink the party.”

Perhaps the stupidest thing that Democrats could do now is to respond to last night’s beating by tacking right. If they don’t, there could be a miniscule silver lining. At the moment, conservatives are ebullient, which means they’re likely to overplay their hand. And when the right can show voters what they really want to do in Washington, they tend to discredit themselves, which means that the next election should be much less disastrous for progressives. Until then, things are going to be ugly.