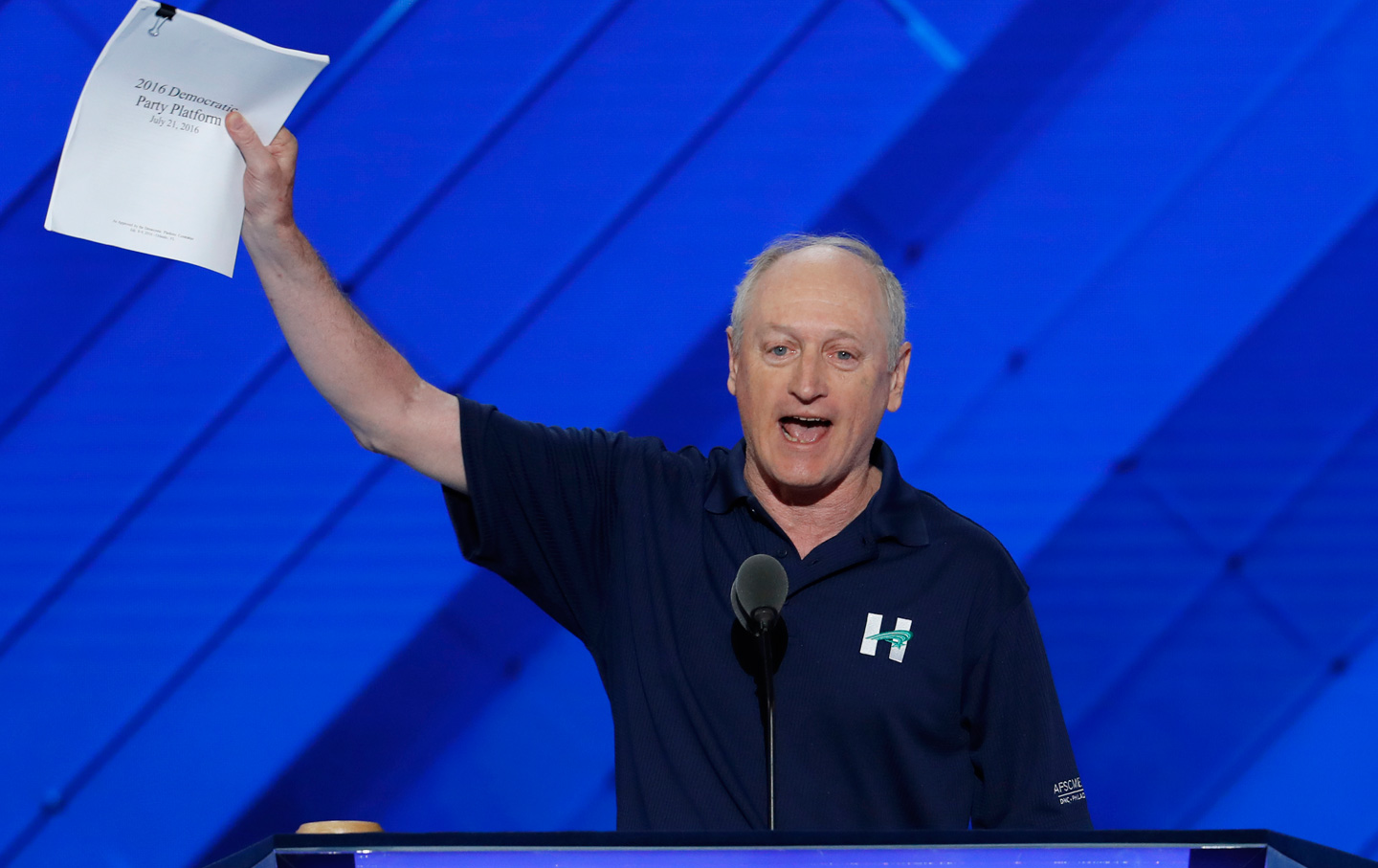 None of us who knew Paul Booth expected him to die when he did, in the early evening of Wednesday, January 17, 2018. That he’d been sick, we knew. But the prognosis, if guarded, was positive. At 74, he was young not just at heart but in body and spirit, vibrant, alive, still the fighter, the visionary he’d been for well over 50 years.

Paul was a practical leftist, a realistic radical, skilled enough in the practicalities of organizational life that he could rise to be the number-two person in one of the largest unions in this country. Not everyone who emerged from the white-hot heat of the ’60s was able to survive the often bruising internal combat of the labor movement, of coalition politics, of the Democratic Party. Paul, with his preternatural calm, intellectual depth, and strategic savvy, did far more than survive. He left a profound mark on the world of organizing and activism in which he spent his working life.

Now he is gone, leaving an aching hole in our lives and work. So we gather, not in one place but across states, cities, years, organizations, campaigns, defeats, victories to grieve, to mourn, to remember:

I was a teenager when I first hear Paul Booth speak, at an early meeting of Students for a Democratic Society in Cambridge, Massachusetts. I had come alone, free from the pressure of more political peers, intending to listen but not to join. But when Paul finished and made the secular altar call, I went up, handed in my dollar, signed my name, and received my SDS membership card. What else could I do? What else could anyone do, then or in the many years of Paul’s activism, organizing, and leadership that were to come?

True, all true. But this was someone who every month went with Heather Booth, his companion, partner, spouse, comrade, co-conspirator for over 50 years, to spend a weekend with one or the other of their two sets of grandchildren, who understood that, yes, there is power in the union, but there is also power in family, book clubs, community, humor (even if sometimes leaning towards the sardonic), dinner with friends.

It is impossible to remember Paul without simultaneously thinking of Heather, herself one of the most respected, best-loved leaders of the movement. The bond, the friendship, the sheer romantic love between them was palpable. In the midst of some of the toughest, most bitter political battles of the past half-century, we knew that we could always count on them, because they so much could count on each other.

It is not even ironic that only hours before Paul died, the US Capitol Police handcuffed Heather and escorted her away from the rotunda of the Russell Senate Office Building, where she had been sitting in with a hundred other Jewish activists to demand justice for immigrants. What else is a patriotic American family supposed to do?

Now Paul Booth is gone, almost certainly a surprise to him as well as to all of us who will care for his legacy in the only honorable way possible, by carrying on his work, our work, the work of the movement for justice and equity to which he gave so much, which gave so much to him.

Hours from his judicial execution by firing squad at the Utah State Penitentiary in Salt Lake City, labor agitator and songwriter Joe Hill wrote, “I don’t fear death, but I would have liked to stay in the fight a little longer.”

He’d hoped to see us all again
That gather here today
But though we will not meet again
We’ll meet again some way
In work we do, in songs we sing
In triumph and in pain
In battles that we fight as one
We’ll see his face again

One of my favorite phrases from the Torah is Tov shem m’shemen tov: A good name is more valuable than oil.

Paul Booth leaves behind a good name. What more can we ask of anyone, what more can anyone ask?