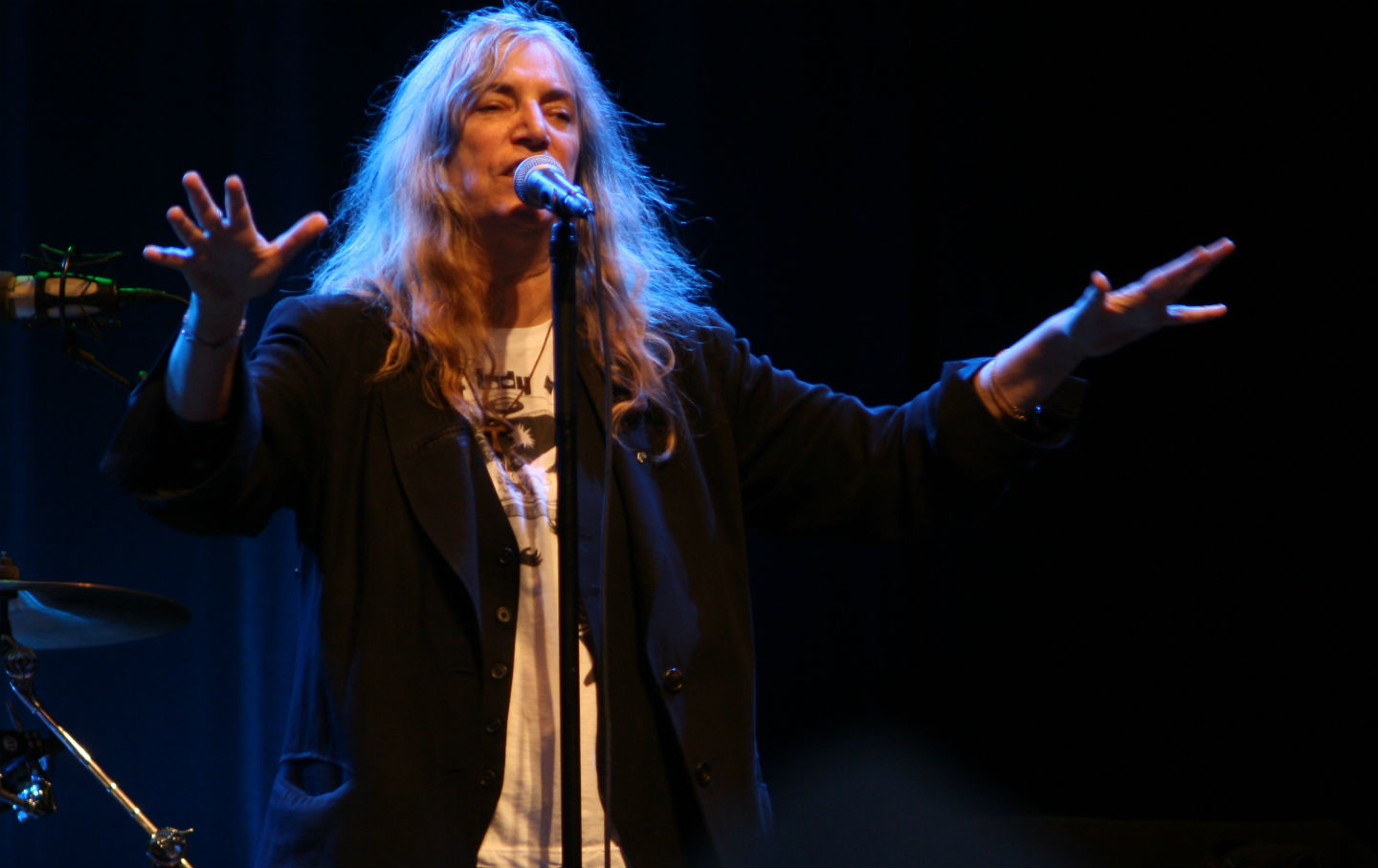 Frankfurt—Patti Smith has electrified Europe over the past several weeks with a series of concerts that have been as politically bold as they have been musically rich. Touring to mark the 40th anniversary of her first album, Horses, the American rocker’s performances are anything but a nostalgia trip. At 68, Smith remains a vital and provocative artist with a radical message for the 21st century: “We are all being fucked by corporations, by the military! We are free people, and we want the world and we want it now!”

This is protest music. But it is protest with a fierce edge that seamlessly weaves a new politics into a rich legacy of rock-and-roll rebellion. Smith is not preaching to the converted, nor is she mouthing talking points. She’s doing something altogether different, and altogether more important: She is celebrating a connection between music and movements that is swaggering and confident and more than ready to declare—as Smith does—that “we’re gonna change the fucking world!”

Her confidence is understandable, as the resurgent European left has embraced her song “People Have the Power,” with the Greek anti-austerity party Syriza making it a staple of campaign rallies. Smith hails Greece as “the heart of democracy.”

Smith’s tour this summer of major European cities and festivals has been particularly topical—and pointed in its politics.

Shouting out for the planet and a new wave of activism against climate change, decrying economic injustice and empire, ripping the surveillance state and cheering on “all our friends in WikiLeaks,” Smith’s shows are being hailed as something more than rock concerts. After she delivered what reviewers referred to as “the set of the weekend” at Britain’s Glastonbury Festival, The Guardian’s headline declared that “the New York punk queen provides a masterclass in focused protest rock that puts younger artists to shame.”

The Glastonbury show was remarkable on multiple levels.

A longtime supporter of the Tibetan struggle, Smith made news by welcoming His Holiness the Dalai Lama to the stage on a day when the Tibetan spiritual leader was hailing Pope Francis for issuing an encyclical on the climate change and the environment—with a declaration that religious leaders must “speak out about current affairs which affect the future of mankind.”

Smith has always been one to speak out. She has written songs cheering on WTO protesters and opposing wars, she has spoken up for Ralph Nader and other candidates, and she has appeared as myriad events for causes ranging from artistic freedom to media reform.

Through it all, Smith has championed a street-level activism that seems ideally suited to this new age of anti-austerity movements and urgent environmentalism. She said it a quarter-century ago with “People Have the Power.” And she is saying it now, as she urges crowds numbering in the tens of thousands to “Raise your arms! Feel who you are without technology, without governments. Feel your freedom!”