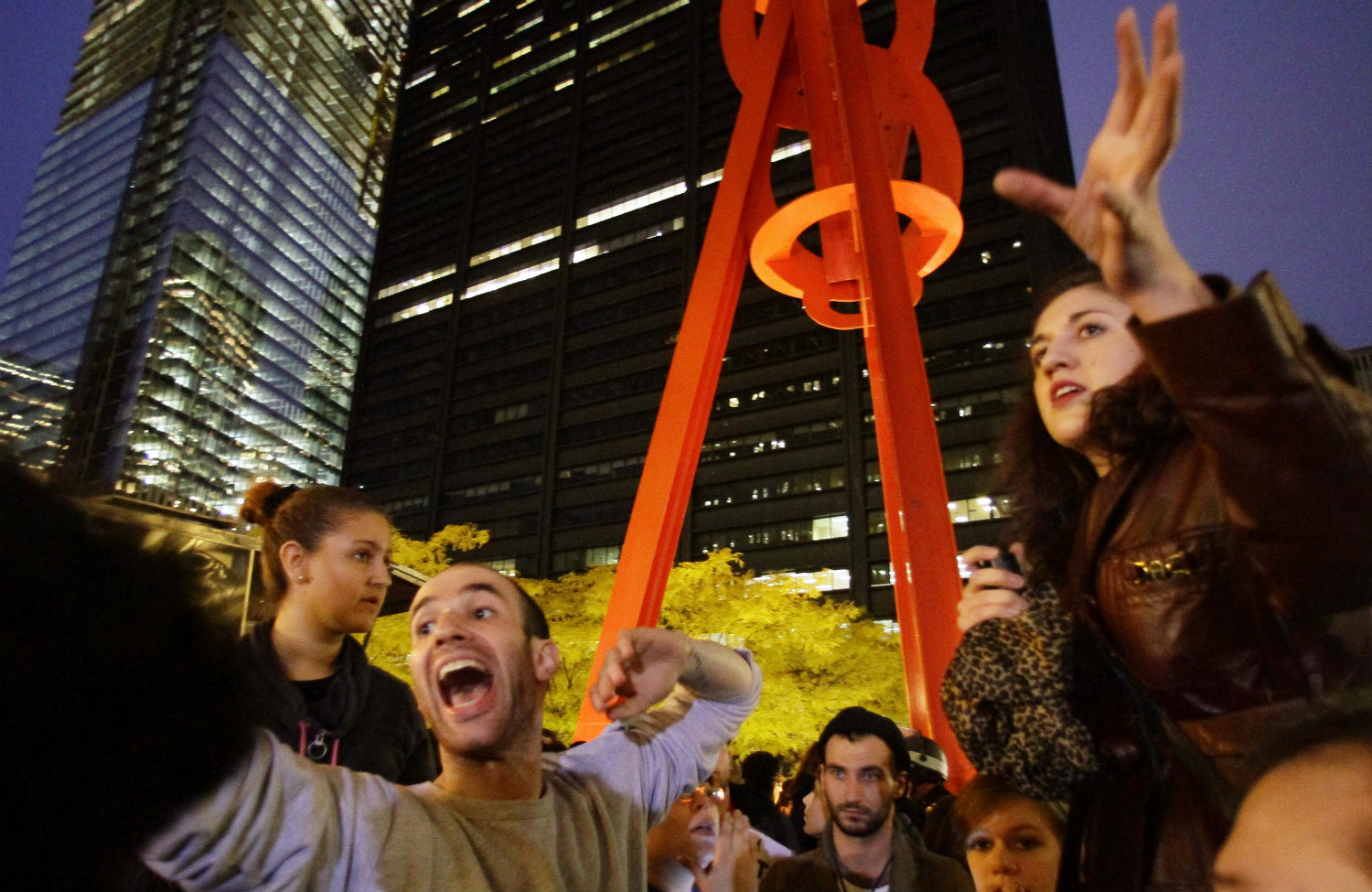 Two years ago, a young activist named Cecily McMillan attended a protest at Zuccotti Park marking the six-month anniversary of Occupy Wall Street. When police moved in to clear the demonstrators, a cop roughly grabbed her breast—photos show an ugly bruise—and she ended up being injured so badly that she had a seizure and ended up in the hospital. In a just world, she would be getting restitution from the City. Instead, in a grotesque act of prosecutorial overreach, she’s currently on trial for assault and facing up to seven years in prison.

According to prosecutors, McMillan, now 25, intentionally attacked her arresting officer, Grantley Bovel, by elbowing him in the face, and was then hurt when he tried to subdue her. She says that she instinctively struck out when she felt his hand on her breast, not knowing that he was a cop, and was then further assaulted.

Her story is more convincing for a number of reasons. McMillan, a veteran of the anti–Scott Walker protests in Wisconsin, was a dedicated pacifist; in Dissent, her masters thesis adviser Maurice Isserman writes about the “many and long discussions Cecily and I have had about nonviolence.” Her injuries, which you can see in this Democracy Now! piece, are indisputable, particularly the hand-shaped bruise on her right breast.

Meanwhile, The Guardian, which has covered McMillan’s case closely, reports that Bovel has twice been investigated by Internal Affairs, including for one incident in which he and his partner were alleged to have run down a 17-year-old on a dirt bike. He received a “command discipline” for failing to radio that they were in pursuit. In another case, he was filmed kicking a suspect on the floor of a Bronx bodega. (Unfortunately, the judge in McMillan’s case has ruled against turning Bovel’s internal disciplinary file over to the defense.) Austin Guest, a protester who was arrested the same day as McMillan, is currently suing him, claiming that Bovel purposefully bashed his head into the seats of a police bus as he was dragged down the aisle.

In her opening argument last week, assistant district attorney Erin Choi tried to use McMillan’s outcry during the arrest against her. Choi quoted McMillan asking onlookers, “Are you filming this? Are you filming this?” Choi’s implication was that McMillan didn’t want her premeditated attack on tape. But anyone who has ever covered a protest knows that this is what demonstrators say when they feel they’re being mistreated—it’s a call for documentation, not for turning the cameras off.

Now, with the trial entering its second week, McMillan and her supporters are once again asking for people to witness an unfolding injustice. “It is important that the jury see that Cecily is not some isolated kook, but has a community behind her,” writes Isserman, noting that the trial runs daily at the New York Criminal Court at 100 Centre Street. “I urge anyone concerned with Cecily’s case, and the broader issues it raises about civil liberties and police violence, to attend for a day, or even just for an hour or two.”