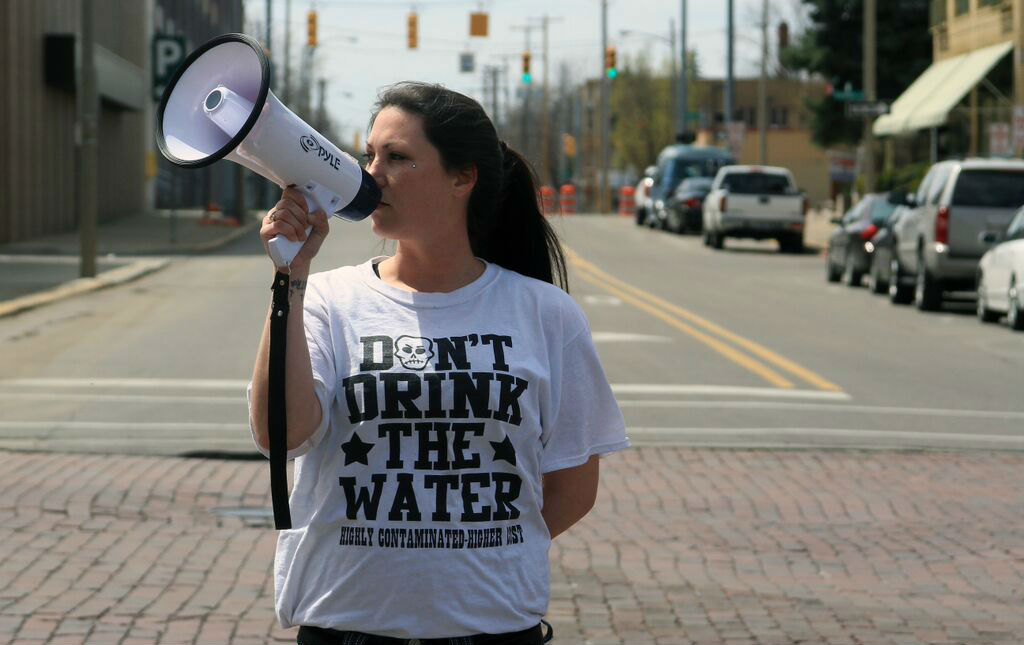 Snyder, a crude and cynical tactician, refused to treat urban centers fairly when it came to budgeting and the distribution or state revenues. He then claimed that local elected officials were incapable of managing municipal finances and moved to appoint unelected and unaccountable managers to implement austerity policies. So determined was Snyder to trump the will of the people (and common sense) that, when Michigan voters rejected the emergency-manager policy, he continued with a modified version of his authoritarian approach.

The governor wanted to have his say in the municipal affairs of Michigan’s cities, and he got it.

Now, however, the governor’s combination of power-grab politics and austerity economics has gone horribly awry for the people of the Flint, one of the cities that was placed under emergency management (from 2011 to 2015) and then under the oversight of a so-called Receivership Transition Advisory Board. The crisis has led to an intervention by President Obama. And as Snyder prepared to deliver his State of the State address on Tuesday, January 19, he was being hit with high-profile calls for official inquiries, criminal investigations, and the resignation of a governor who stands accused of harming his state and its citizens.

“There are no excuses. The governor long ago knew about the lead in Flint’s water. He did nothing. As a result, hundreds of children were poisoned. Thousands may have been exposed to potential brain damage from lead. Gov. Snyder should resign,” Vermont Senator Bernie Sanders said on Saturday, while former secretary of state Hillary Clinton closed Sunday night’s Democratic debate by ripping Snyder as a governor who “acted as though he didn’t really care.”

After too many years of neglecting Snyder’s folly, suddenly everyone (with the exception of Donald Trump, who says “I don’t want to comment on that…”) is paying attention—and demanding accountability.

“In what’s become a huge government scandal, garnering headlines across the country and around the world, Flint’s drinking water became contaminated with lead after the city temporarily switched its supply source in 2014 from Lake Huron water treated by the Detroit Water and Sewerage Department to more corrosive and polluted Flint River water, treated at the Flint water treatment plant,” explained the Detroit Free Press on Saturday. “The switch was made as a cost-cutting move while the city was under the control of a state-appointed emergency manager. The state Department of Environmental Quality has acknowledged a mistake in failing to require the addition of needed corrosion-control chemicals to the water. That caused lead, which causes brain damage and other health problems in children, to leach into the water from pipes and fixtures.”

Flint residents began complaining about problems with “the taste, odor and appearance of the water, which began immediately after the switch,” recalled the Free Press. Yet, they “were largely ignored by state officials. The state also dismissed reports of elevated lead levels in the blood of Flint children from pediatrician Dr. Mona Hanna-Attisha before for the first time publicly acknowledging a problem in October 2015.”

“And for that, you have to go to jail.” —Michael Moore on Michigan Governor Snyder's role in Flint water crisis.

Since then, the Flint crisis has become an increasingly serious concern for federal policymakers. On Saturday, President Obama declared a federal emergency in Flint. That move frees up millions of federal dollars to aid the city, and clears the way for the Federal Emergency Management Agency to work with Michigan officials on coordinated responses to the public-health crisis that has developed the city. The White House also announced that the president was looking for additional ways in which to assist the residents of Flint.

Welcoming the president’s declaration, US Representative Dan Kildee, D-Flint, said, “The residents and children of Flint deserve every resource available to make sure that they have safe water and are able to recover from this terrible man-made disaster created by the state.”

The fact that what’s happening in Flint is, as Kildee notes, a man-made disaster, has inspired calls for accountability.

Filmmaker Michael Moore, a Flint native, has launched #ArrestGovSnyder. In an open letter to the governor, Moore writes, “Thanks to you, sir, and the premeditated actions of your administrators, you have effectively poisoned, not just some, but apparently ALL of the children in my hometown of Flint, Michigan. And for that, you have to go to jail.”

Speaking in a Flint church, the Rev. Jesse Jackson said, “Maybe they should put [police] tape around the city, because Flint is a crime scene.”

At the close of Sunday night’s Democratic debate, former secretary Clinton made an impassioned plea on behalf of Flint residents.

“I spent a lot of time last week being outraged by what’s happening in Flint, Michigan and I think every single American should be outraged,” said Clinton, who explained that, “We’ve had a city in the United States of America where the population which is poor in many ways and majority African-American has been drinking and bathing in lead-contaminated water.”

Ripping into Snyder, she said, “He had a request for help and he had basically stonewalled. I’ll tell you what, if the kids in a rich suburb of Detroit had been drinking contaminated water and being bathed in it, there would’ve been action. So I sent my top campaign aide down there to talk to the mayor of Flint to see what I could do to help. I issued a statement about what we needed to do and then I went on a TV show and I said it was outrageous that the governor hadn’t acted and within two hours he had [by seeking federal intervention].”

To loud applause, Clinton said, “I want to be a president who takes care of the big problems and the problems that are affecting the people of our country every day.”

Senator Sanders picked up on the theme, beginning his closing remarks by saying, “Secretary Clinton was right and what I did, which I think is also right, is demand the resignation of [the] governor. A man who acts that irresponsibly should not stay in power.”

Sanders made the call for Snyder’s resignation the day before the debate, with a campaign statement tracing the roots of the crisis to “a decision nearly two years ago by a receiver, appointed by the governor, who decided to cut costs by drawing the city’s drinking water from the polluted Flint River instead of from Lake Huron.”

Noting that the governor and other state officials knew that the river water was corroding pipes and causing lead to leach into the drinking water, and that state officials had failed to take steps to prevent corrosion of water pipes and failed to warn the public, Sanders said, “Because of the conduct by Gov. Snyder’s administration and his refusal to take responsibility, families will suffer from lead poisoning for the rest of their lives. Children in Flint will be plagued with brain damage and other health problems. The people of Flint deserve more than an apology.”

That is right. The first duty to Flint is immediate and thorough action to address the crisis. The second duty is a long-term commitment to care for all who have been harmed. The third duty is an allocation of federal and state resources to repair the damaged infrastructure of the city’s water system.

But, make no mistake, there is a duty to hold Governor Snyder to account for choosing austerity over humanity.