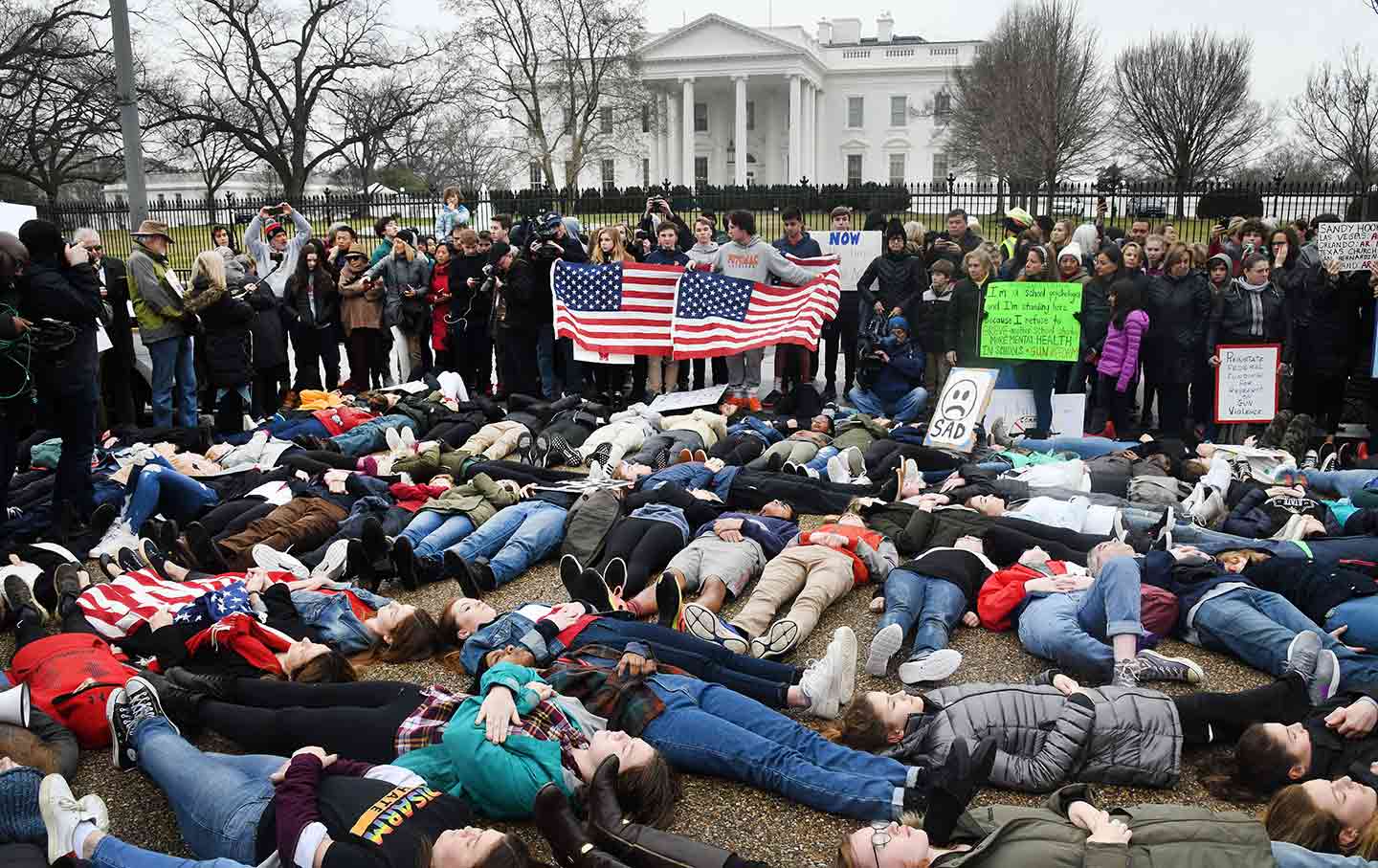 There is a learned hopelessness about mass shootings in America that creates the foundations for an emotionally hollow, politically impotent, media-saturated response. Conservatives offer prayers for those who have died and oppose any action that will prevent more deaths. Liberals offer outrage at the carnage and demand that something must be done, but then go on to do relatively little. (Gun owners are almost twice as likely as non–gun owners to have contacted a public official about gun policy, and almost three times as likely to have donated to a group that takes a position on the issue.) The rest of the world looks on aghast that an ostensibly mature democracy could witness such a tragedy and decide to do nothing to prevent it from happening again. Cable-news channels screen mawkish portraits of the dead and arm’s-length, usually posthumous profiles of the killer. Talk of evil is “balanced” by calls for legislation. Then, after a few days, the talking and the calling stop—until the next time.

With nothing changing but the name, place, and number of victims, what some call “compassion fatigue” sets in. But as Susan Moeller, a journalism professor at the University of Maryland, argued in her study of the responses to the media’s reporting of such atrocities, the problem isn’t so much fatigue as it is the cycle of avoidance that causes people to avert their gaze. She writes, “We’ve got compassion fatigue, we say, as if we have involuntarily contracted some kind of disease that we’re stuck with no matter what we might do.”

There is reason to believe that the school shooting at Marjory Stoneman Douglas High School in Parkland, Florida, in which 17 people were killed by a single shooter, has the potential to break that cycle. Students, including those from Parkland, have spoken out in ways that are difficult to ignore, calling for youth-led activism against political complacency in general and the National Rifle Association in particular. Piercing through the “Now is not the time for judgment” rhetoric, these students leveraged their vulnerability to political effect. They have held a press conference and called a national demonstration. The issue isn’t fading from the news as quickly as mass shootings tend to do, with interest in the term “gun control” enjoying a sustained high in Google searches a week later.

There are, nonetheless, grounds to be pessimistic or even cynical. We remember Sandy Hook. The kids were younger, the outrage greater; the president even cried—and still, many insist, nothing happened.

But there are three main reasons why we might see progressive possibilities in this moment. The first is that something did happen after Sandy Hook: President Obama spoke up. Five months before that atrocity, James Holmes went into a movie theater in Aurora, Colorado, and shot 12 people dead during a midnight screening of The Dark Knight Rises. The next morning, at a scheduled event in Fort Myers, Florida, Obama said what presidents white and black, Republican and Democrat, have said for the best part of a generation: “There are going to be other days for politics. This, I think, is a day for prayer and reflection.” But after Sandy Hook, he said something else: “We can’t tolerate this anymore. These tragedies must end. And to end them, we must change.” Belatedly, Obama set a new tone. We shouldn’t be too surprised that, after years of presidents and congressional leaders refusing to bring the issue of gun control into mainstream political debate, this new tone did not result in legislative change the first time. You can’t fatten a pig on market day. It takes time. 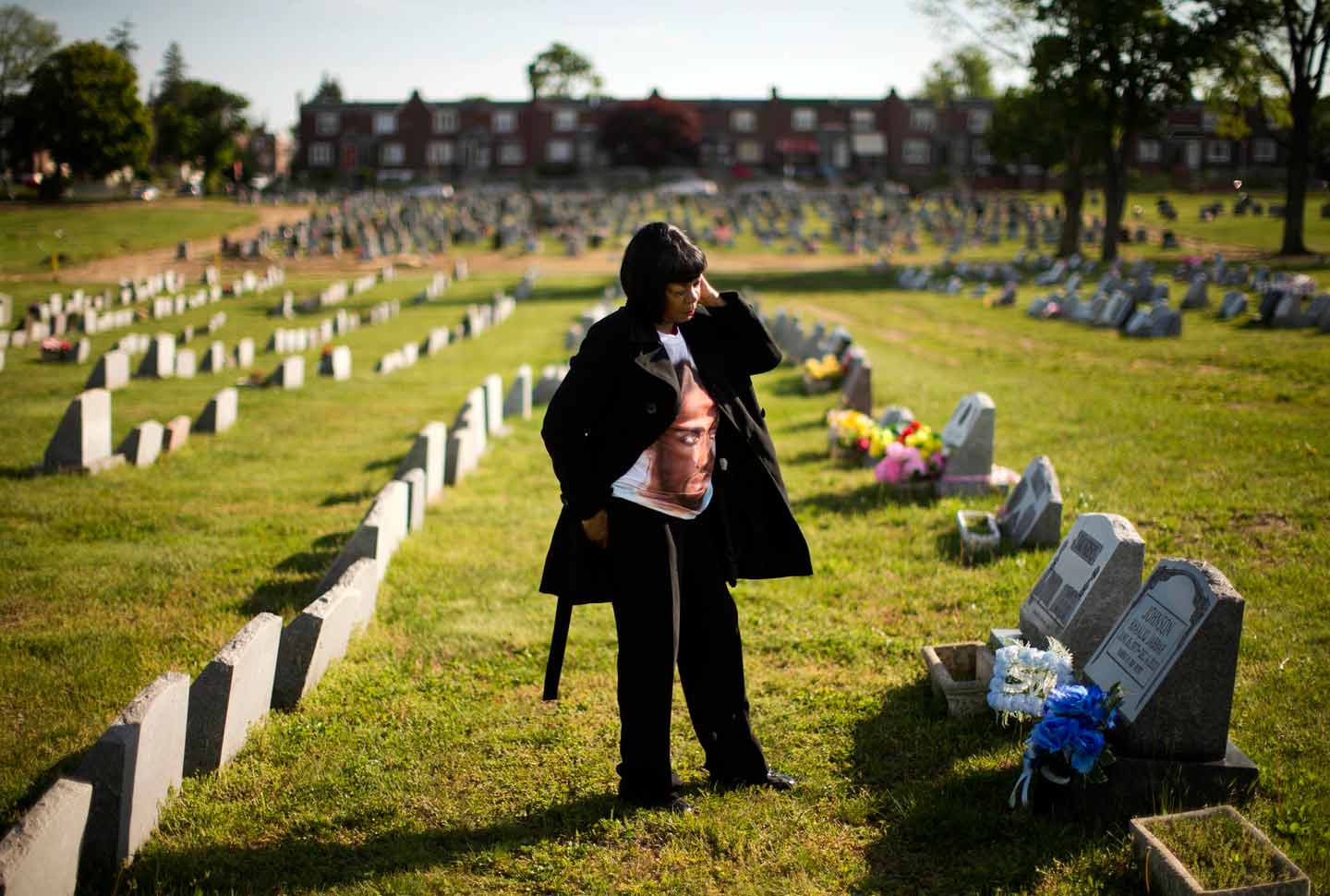 Second, this time the challenge is being led by young people who are motivated in a way that the mostly white, suburban gun-control movement has not been. “Maybe the adults have got used to saying, ‘It is what it is,'” said 18-year-old Emma Gonzalez, who was in the school when the shooting happened. “But if us students have learned anything, it’s that if you don’t study, you will fail. And in this case, if you actively do nothing, people continually end up dead.” Parkland was the eighth school shooting and the 30th mass shooting of the year—and it was only Valentine’s Day. In the four days afterward, there were four more mass shootings.

Finally, and crucially, this fight comes at a moment of heightened consciousness about the nation’s political trajectory and with a new critical mass determined to correct it. As a result of Donald Trump’s victory, many liberals and progressives have been doing things over the past year—campaigning, marching, phone banking, running for office—that they hadn’t done for a long time, if at all.

In the course of this activism, many are now realizing that the issues that energize us most—whether it’s immigration, sexual harassment, racism, or health care—are not isolated. In the past, campaigning around a tragedy like Parkland would have concentrated solely on gun control. That doesn’t go far enough. Avoiding the more enduring American pathologies that allow the gun culture to flourish—the obsessions with conquest, domination, force, power, masculinity, and rugged individualism—means failing to explain why a racist, anti-Semitic teenage boy with a grudge and an easily available weapon of war can go to school and kill others at will, and what might be done to prevent it. It means failing to recognize that America’s gun culture is deeply embedded in its general culture.

The Trump agenda is a broad and unrelenting assault on equality and human rights. But it did not come out of nowhere, and it did not invent the divisions that it exploits. For the resistance to be effective, it cannot be narrowly focused. It must, instead, shed light on how these various struggles are connected. The young campaigners have a stake, an audience, a platform, and allies. That may not be enough to stop the next school shooting. But it’s more than gun-control advocates have had for some time.