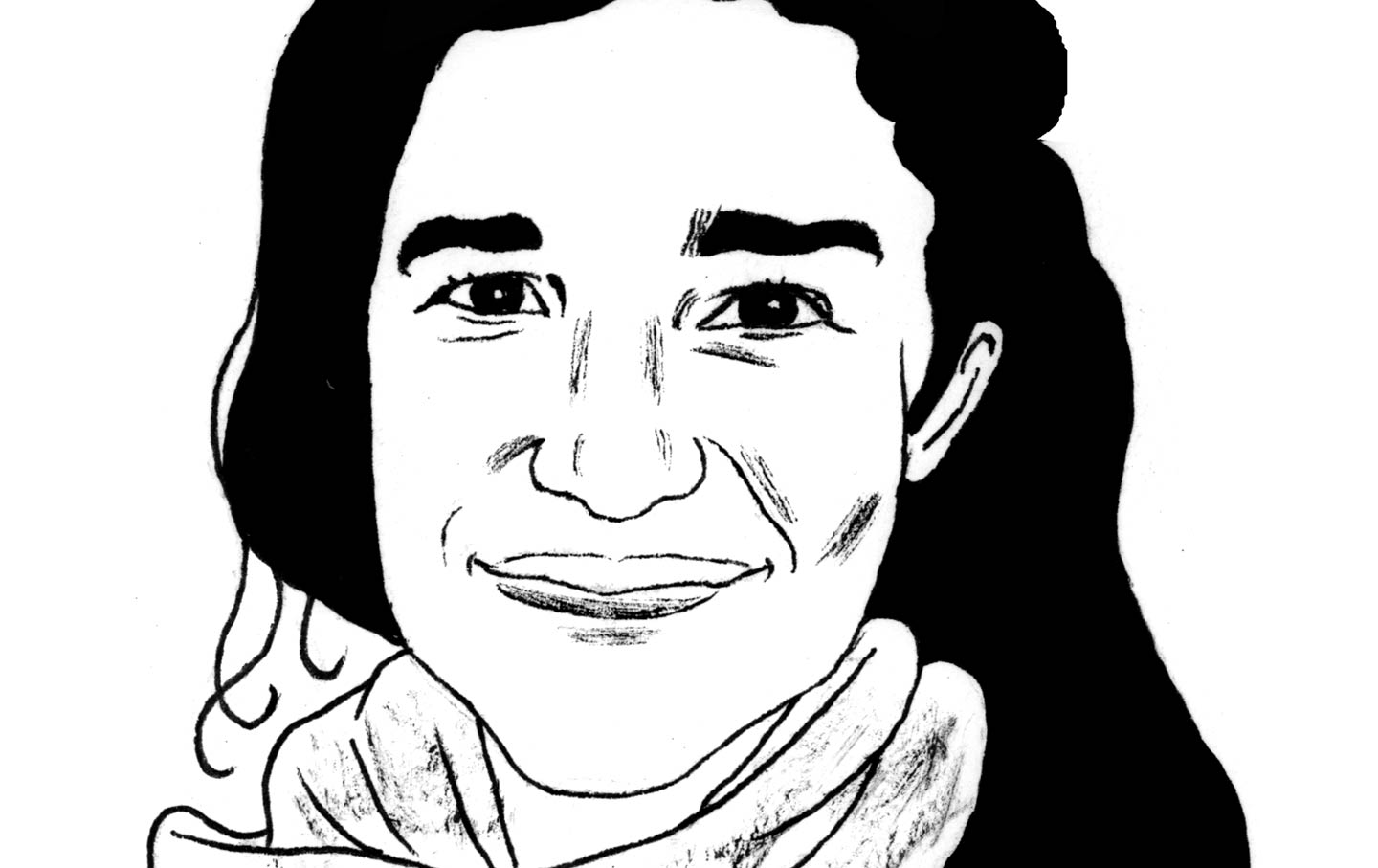 Caledonia Curry, a.k.a. Swoon, is among the most recognized street artists in the world. Her work is now in the permanent collection of the Museum of Modern Art.   She has also created projects with communities in New Orleans, Pennsylvania, and Haiti, as well as a floating city on rafts.

Swoon: In 1999–2000, I was still in school and had a breakdown around painting, fine arts, and the role of art in our lives, and I started to create projects that would function differently. The first was a series of posters that happened outside in the street. It became a total obsession from there! There’s this feeling that what you’re going to make is a square that is for investment, that goes over a couch—and that’s the whole of its life cycle. I needed to make something that’s part of my life; that intersects with the city, how we live, how we perceive ourselves, how we occupy our spaces.… As an artist, I have a few different personalities. One needs alone time and to be creating in the studio; this other part of me needs to be working together with people. That’s one of our deepest human needs—working together on things.

LF: What case do you make to funders and to communities to work together on an art piece?

S: I think that many of us are born into systems that are already in place. There’s a sense of alienation from those systems and from the physical world. I think that when we are creatively able to set our hands on something, and able to be a part of the small and creative decisions of making our place, we feel at home; we care about our home; we are able to feel more invested in it and take care of it. Giving people a creative outlet, to be part of having a say in what their city looks like, is part of a healthy community.

When we are creatively able to set our hands on something, we are able to feel more invested in it.

LF: How does it intersect with the discussion around [artists and] gentrification?

S: I think about it as going from the temporary to the long-term action. When I started wheat-pasting on the street, I was like: Put up a poster, leave. In Braddock, Pennsylvania, we have a group of artists working to save a church from demolition, but in so doing we’re working on creating jobs for people locally to be a part of the re-creation. The actions aren’t about pushing people out; the actions are about actually digging in deeply to who’s here, what opportunities are needed.

S: People were leaving for Texas; people weren’t coming back. A friend, who was afraid of the corporatization of the culture in the wake of so much leaving…asked me to work on this house that was about to fall down next to his house. I was thinking about music and architecture and wonder and how those aspects of New Orleans culture are key. It started off as a playable musical installation, but between the dream and the realization, that original house actually fell down. The group that I worked with, New Orleans Airlift, reinvented that original idea into building new structures that would incorporate musicality…. When they pop up in different places in the city and people are allowed to interact with them—I don’t really know quite how to describe it, but there’s the very strange joy that’s born out of the unlikeliness of those moments.

LF: You support the cultural boycott of Israel, part of BDS—the Boycott, Divestment, and Sanctions campaign. Why?

S: I have spent a very, very little bit of time in Palestine. It’s a response to hearing what is being asked. It’s about trying to look at the history of cultural boycott, how it functioned in South Africa, how it could function now.

S: For me, the thing that pops into my mind is the cabaret laws: “They’re from the ’20s,” we thought. “It’s not a big deal. Why are we so worried?” Then there was this huge crackdown. We can use these “public”  spaces until a particular corporation doesn’t agree with our agenda, and then all of a sudden they’re not open. I think it’s important to have real truth about what is public and what is civic and what is participatory.