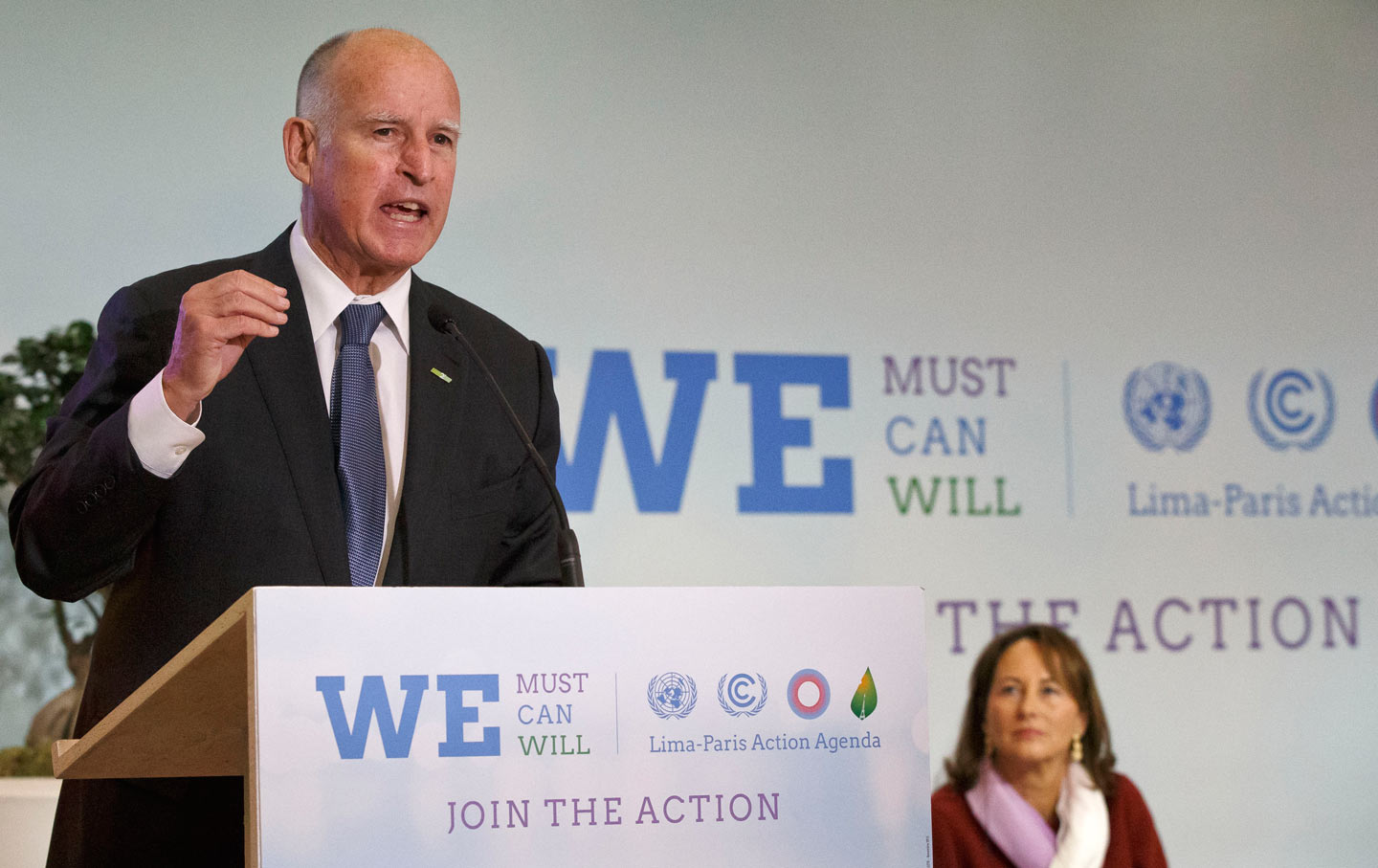 At the Paris Climate Change Conference, the world’s nations are pledging their first real steps toward addressing catastrophic climate change. Yet in this country, Republicans in Congress are already vowing to block President Obama’s program, while their presidential candidates scorn scientists’ alarm. Even if Democrats hold the White House in 2016, inaction and obstruction will remain the order of the day in Washington.

California Governor Jerry Brown (D) says, “Somebody has to wake up the country to the real danger” and break the stalemate in Washington. And he is nominating himself to be that somebody.

Brown led a major delegation of state officials to Paris and garnered international attention, arguing that “the real source of climate action has to come from states and provinces…. We’re going to build up such a drumbeat that our national counterparts—they’re going to listen.”