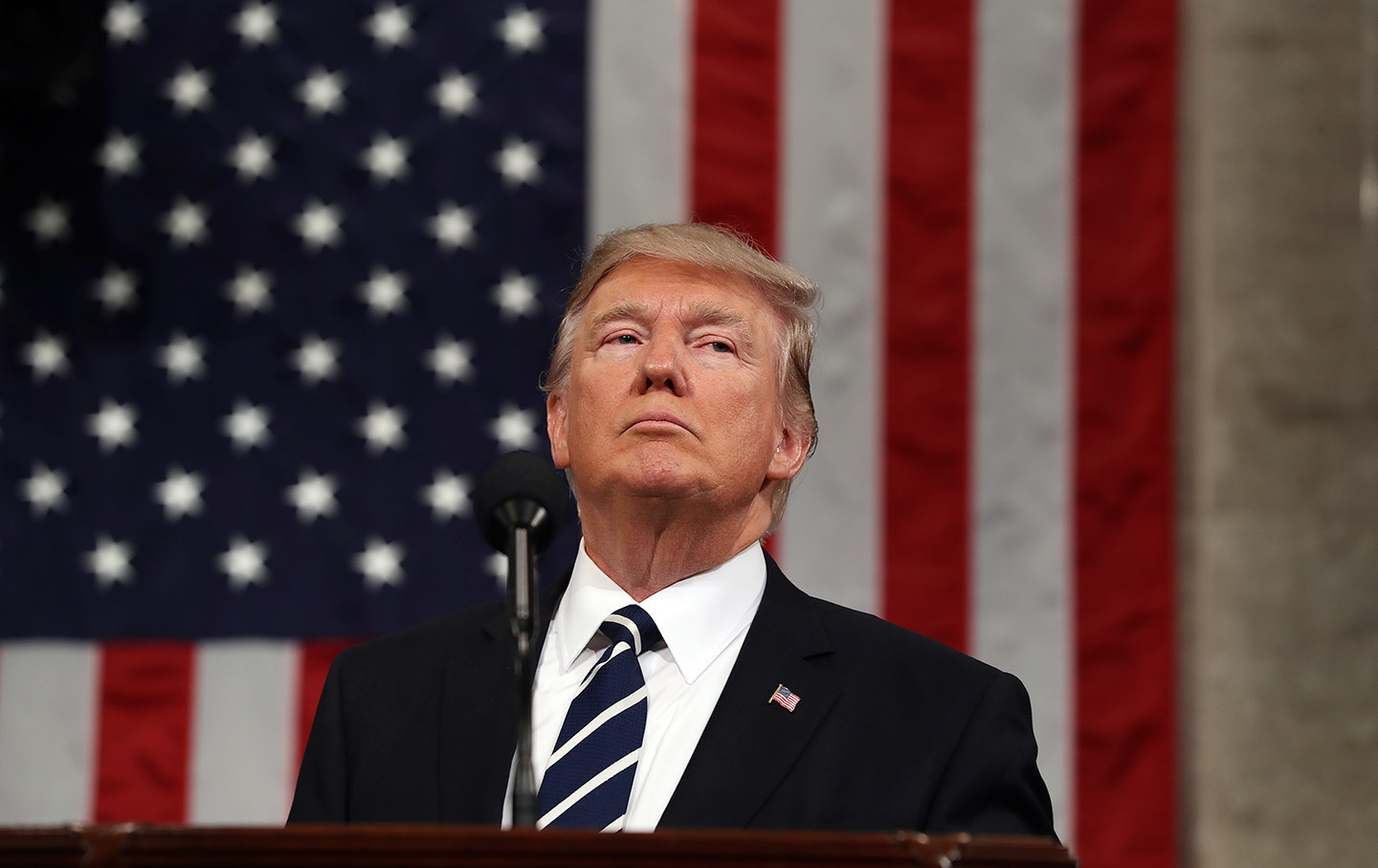 Tuesday night, President Trump will give his first State of the Union address, a ritual designed to make even the self-proclaimed “stable genius” look presidential. His speech will celebrate his first year, likely boasting about successes—economic growth, higher wages, victories against the Islamic State—that in fact began under President Barack Obama. Most striking, however, will be the contrast between the accomplishments he will tout in this speech and the populist promises he made in his campaign and inaugural address.

On Inauguration Day, Trump indicted the Washington establishment: “For too long, a small group in our nation’s capital has reaped the rewards of government while the people have borne the cost…. Politicians prospered, but the jobs left and the factories closed. The establishment protected itself, but not the citizens of our country. Their victories have not been your victories. Their triumphs have not been your triumphs.” This, he promised, would change, because “what truly matters is not which party controls our government, but whether our government is controlled by the people.”

Has there ever been a promise so completely dishonored in one year?