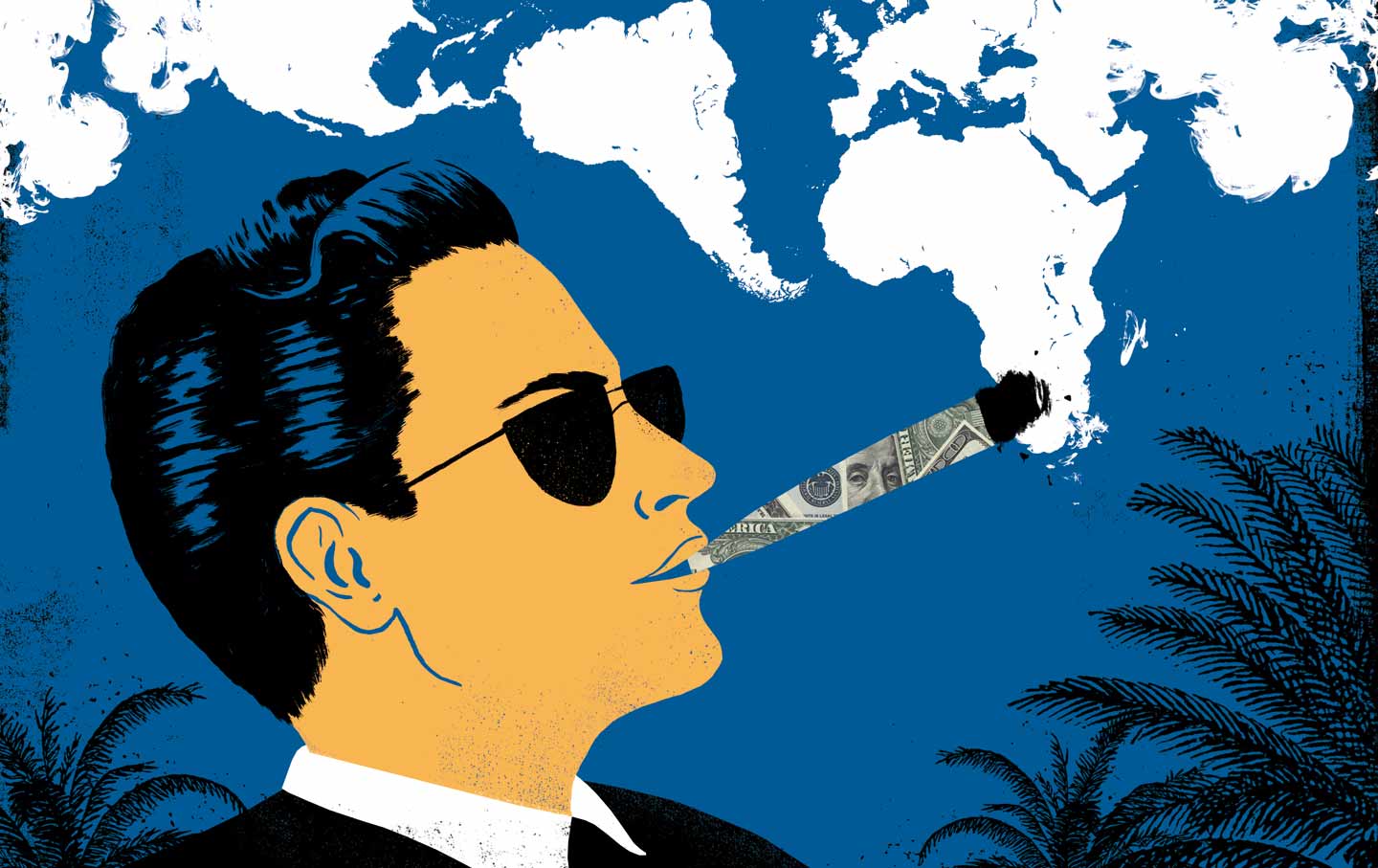 Research from University of California, Berkeley, economist Gabriel Zucman has shown that approximately 8 percent of the world’s financial wealth resides in tax havens. Since 1980, the volume of US equities held by tax-haven investors has more than quadrupled. America’s richest individuals now have at least $1.2 trillion stashed offshore. The income generated by this financial wealth mostly goes untaxed.

Offshore jurisdictions like the hedge-fund-infested Cayman Islands have prospered mightily off tax dodgers. Localities in the United States, by contrast, have seen federal assistance for basic operating funds dry up. According to the Center on Budget and Policy Priorities, funding for Community Service Block Grants—the federal aid program for services that have a measurable impact on the causes of poverty—has dropped 49 percent since 2000, and 63 percent since the program began back in 1982.

Federal funding for crucial local services has dried up as investments in offshore tax havens have soared.

Without adequate federal support, budget-strapped localities have to squeeze revenue from sources under local control. That can be politically dicey. People with wealth and power don’t appreciate local elected officials attempting to raise their taxes—so local leaders don’t even try. Instead of going after their wealthier constituents, as journalist Jack Hitt notes, local officials are “indenturing the poor” by ticketing the most financially vulnerable for every possible offense, then adding on more fines—even jail time—when these poor residents can’t afford to pay. In 2014, an incredible 75 percent of the mostly black population of Ferguson, Missouri, had outstanding arrest warrants.

In effect, we can draw a straight line from the federal government’s disinvestment in local communities to the aggressive police enforcement of preposterously minor offenses that has caused so many tragic deaths and led to the Black Lives Matter movement. And that line extends all the way to offshore tax havens.

Zucman estimates that a crackdown on tax havens would produce an amount equivalent to raising taxes 20 percent on every wealthy American within the top 0.1 percent. These billions in new revenue could, in turn, underwrite a massive reinvestment in Community Service Block Grants.

Inequality Will Not Go Away On Its Own. Here’s How to Close the Gap.

Any serious crackdown would require, at the outset, a complete accounting of currently circulating stocks and bonds. No coordinated public register of such investments exists, and the absence of that information has enabled the proliferation of offshore tax havens and massive tax evasion. We can restore transparency, suggests Zucman, by combining the fragmented existing private registers of stocks and bonds and transferring them to public control. That step would deal “a fatal blow to financial secrecy” and allow tax collectors to find and tax hidden wealth.

Would tax havens cooperate with a new worldwide register of financial wealth? Not voluntarily. But the United States and other governments could levy sanctions that make cooperation more likely. Nations, for instance, could impose special custom duties on goods imported from tax-haven nations.

We can’t, in the end, address structural and cultural racism by tax policy alone. But addressing the tax dynamics that starve localities of necessary resources and contribute to increased police violence could play an important role.