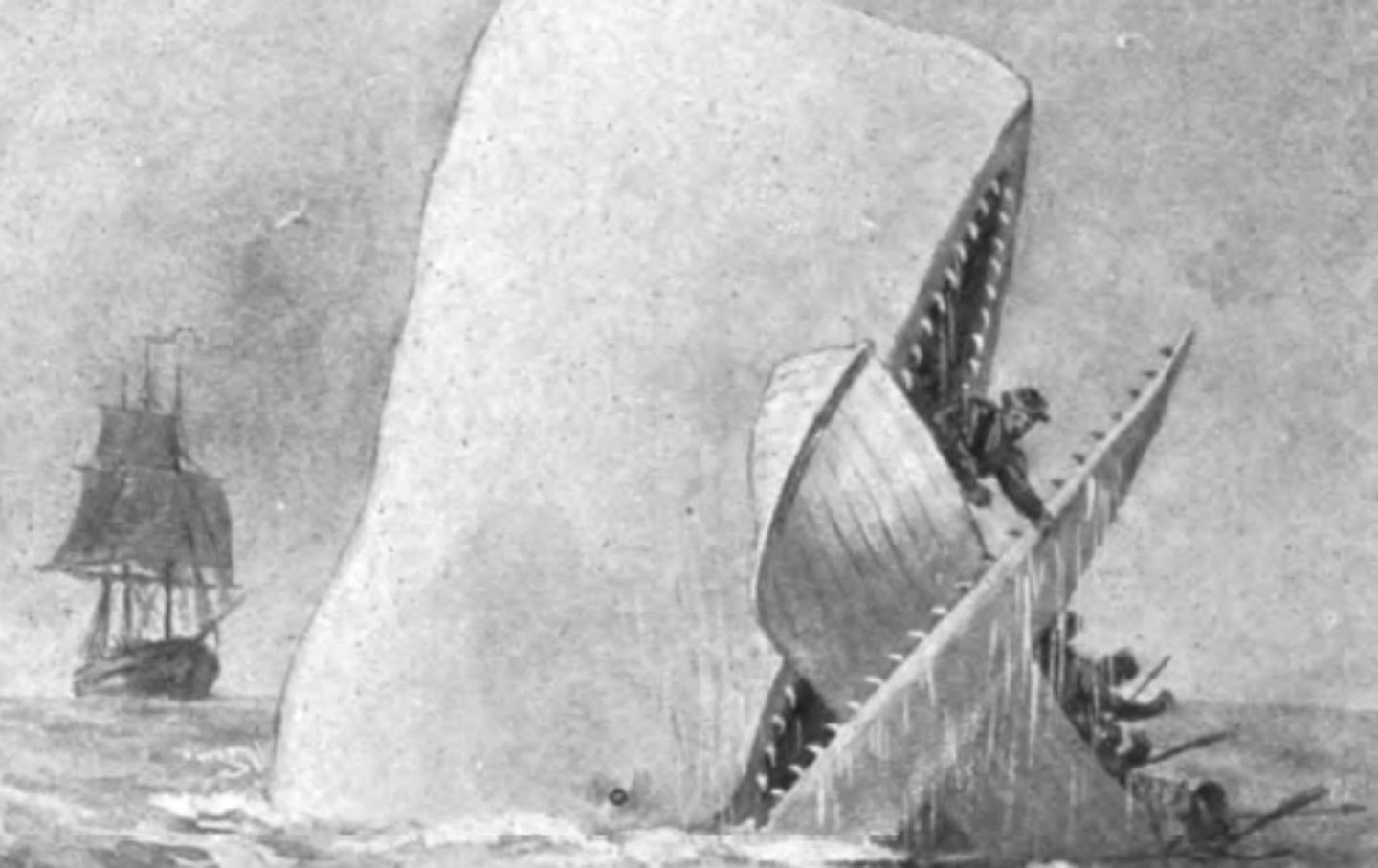 Today in 1851 Moby-Dick was published in London under the title The Whale. It was largely ignored, when not openly ridiculed, and Melville was neglected as a writer and impoverished for most of the latter years of his life. Until, that is, Raymond M. Weaver wrote the following article in The Nation, on the occasion of the centennial of Melville’s birth. Weaver’s article and the full-length biography he subsequently wrote helped launch the “Melville Revival” of the 1920s. The article was commissioned by Weavers Columbia English Department colleague and The Nation’s literary editor Carl Van Doren (who, according to one scholar of Melville criticism, had been recommending as early as 1915 that his students read an old and obscure genre-bending novel about whaling). Weaver rescued the long-deceased scribe from historical obscurity and secured him a prominent place in the American canon.

Born in hell-fire, and baptized in an unspeakable name, “Moby-Dick, or the Whale” (1851), reads like a great opium dream. The organizing theme of the book is the hunting of Moby-Dick, the abhorred white whale, by the monomaniac Captain Ahab. To Ahab, this ancient and vindictive monster is the incarnation of all the vast moral evil of the world; he piles on the whale’s white hump the sum of all the rage and hate of mankind from the days of Eden down. There are in “Moby-Dick” long digressions, natural, historical, and philosophical on the person, habits, manners, and ideas of whales; there are long dialogues and soliloquies, such as were never spoken by mortal man in his waking senses…; perhaps a fifth of the book is made up of Melville’s independent moralizings, half essay, half rhapsody; withal, the book contains some of the most finished comedy in the language. If one logically analyzes “Moby-Dick,” he will be disgusted, just as Dr. Johnson, who had no analysis but the logical, was disgusted with “Lycidas.” And so with Melville’s novel. If one will forget logic and common sense, and “abandon himself”—as Dr. Johnson would contemptuously have said—to this work of Melville’s, he will acknowledge the presence of an amazing masterpiece. But neither “Lycidas” nor ”Moby-Dick” should be read by philistines or pragmatists.