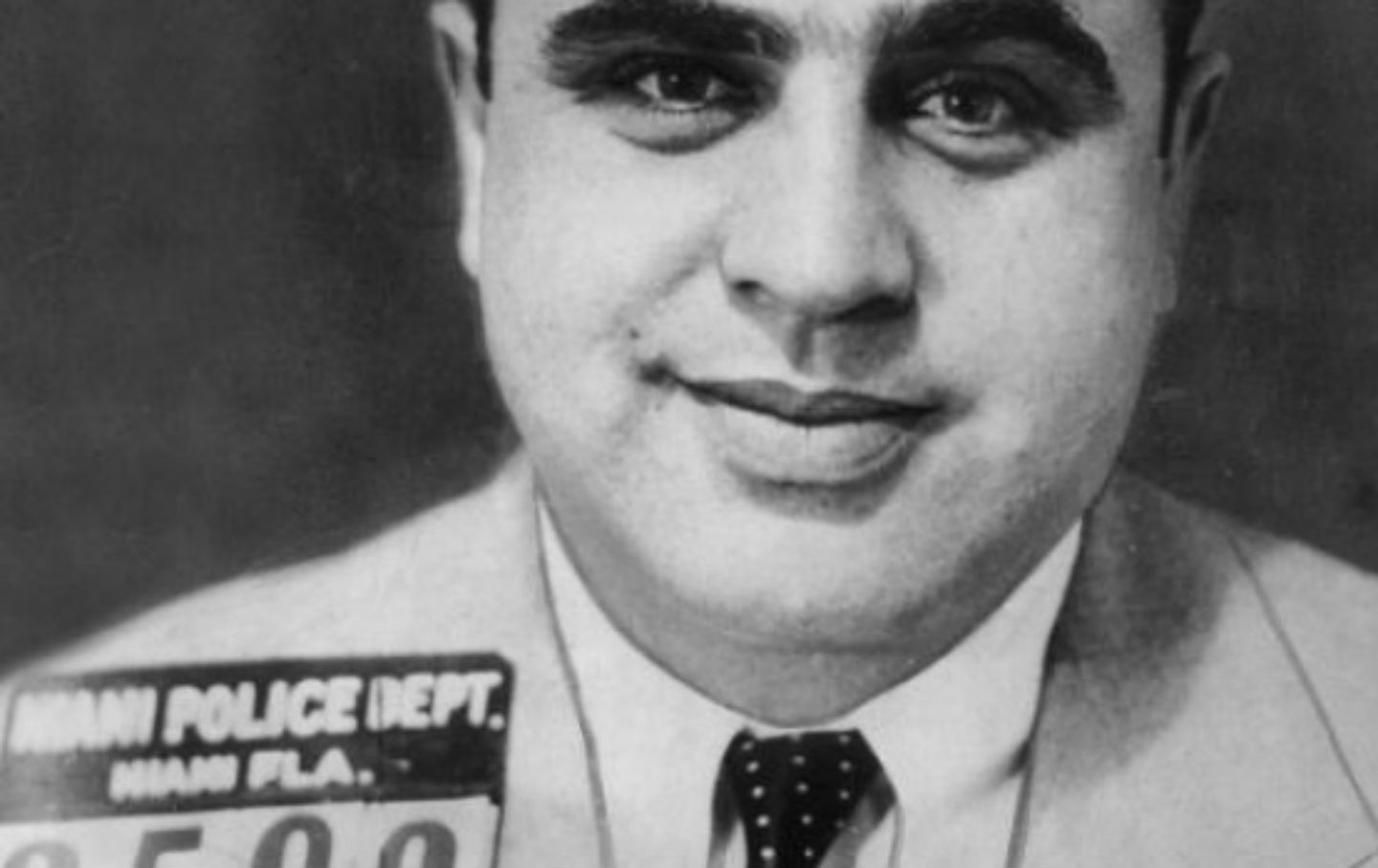 A mugshot of Capone in 1930. (Miami Police Department / Wikimedia Commons)

On this day in 1931 Al Capone was convicted of tax evasion and sent to prison in Atlanta. Back in 1928, The Nation ran a piece about Capone by Nebraska-born journalist Frederic Babcock, who spent most of his career as travel and books editor of the Chicago Tribune.

In building up his organization Capone has gathered around him as choice a group of racketeers, gunmen, hoodlums, and what-not as ever saw the inside of a rogues’ gallery. He never ventures out without a bodyguard of ten or more of these creatures, well-dressed, tight-lipped, shifty-eyed. But the duties of these minute men consist of far more than guarding their precious package. When rivals dare enter the Capone kingdom, or distillers dare question the Capone levy or the price of sugar, or barkeeps seek a source of supply other than the Capone brewery, the Capone army takes care of them. Law and order of the Capone variety must be and is maintained. An obdurate moonshiner may see the light with the crash of a gun butt on his head. A saloonkeeper may decide, while spitting out a half-dozen teeth, that Capone’s beer is what his customers cry for. Or almost any morning a county-highway policeman or a small-town constable may find a bullet-torn body in a roadside ditch. Whereupon another casualty is marked up in the gang-war column, or there is an addition to the list of sixty-eight bombings in six months’ time. Thus Chicago lives by gang law. Thus the world’s sausage metropolis, which used to limit its slaughtering to the stockyards, takes on new airs. But “Scarface Al,” accused as he has been of participating in a score of such murders, is no wanton killer. He knows that money often is as powerful as death or the threat of death. When the thunder of political oratory sounds, Al is summoned into council for the good of the party….

Thus, from the evolution of bullets to ballots we now have the devolution of ballots to bullets. And “Scarface” and his satellites are persons of exceeding importance to the politicians and their parties. When those politicians have control of the pardons, the police, and the prosecution, the alliance becomes mutually magnificent. Both sides are no longer afraid of the law; they adjust the law to suit their needs. Only one thing keeps Al from being supreme: he has to split the millions in profits with his compatriots, the politicians.