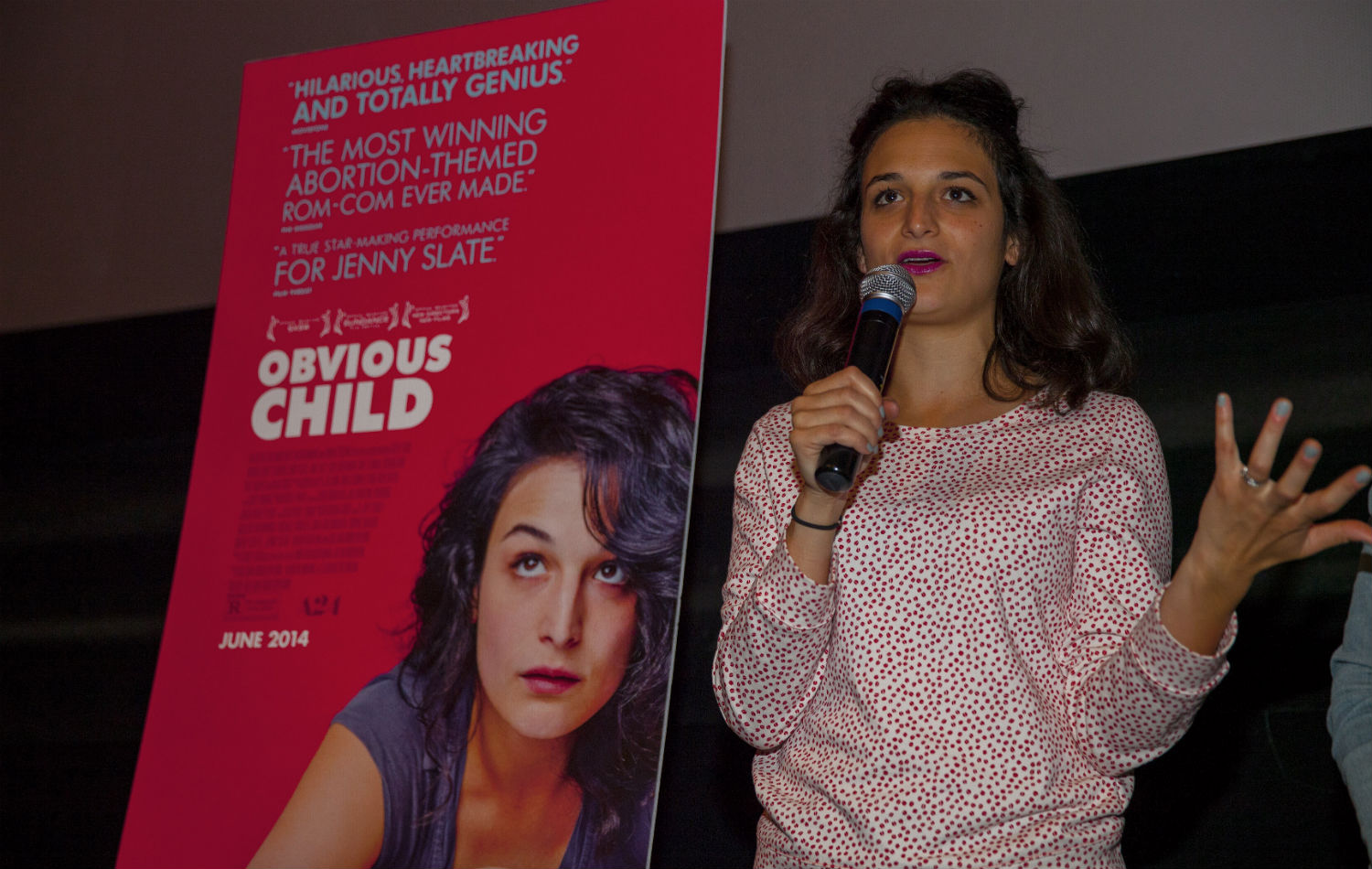 There’s a quiet moment at the end of Obvious Child, Gillian Robespierre’s new abortion-themed romantic comedy, that brought home for me how important the movie is. The film’s heroine, Donna Stern, is sitting in a clinic recovery room after terminating her pregnancy, surrounded by a group of utterly ordinary-looking women who’ve just done the same thing. Some of them look sad or pensive; Donna looks relieved. It’s a scene that more than a million American women live through every year, and that almost a third will experience once in their lives. And yet it’s a scene we never see in the movies.

To say that Obvious Child is the most honest film about abortion ever made isn’t to say much at all, because it has no real competition. As many feminist media critics have pointed out, unwanted pregnancies in film and television tend to be resolved in one of three ways. Sometimes the woman or girl has the baby—indeed, Knocked Up asked us to believe that the ambitious professional played by Katherine Heigl never so much as pondered ending a pregnancy resulting from a drunken one-night-stand with a schlubby loser. (Even Sarah Palin considered abortion!) Often, particularly on television, the character will think about terminating, only to be spared the choice by a convenient miscarriage. HBO, usually so edgy, went this route on both Veep and Girls, though in the latter case creator Lena Dunham may have been commenting on the cliché. And more than occasionally, the character will have an abortion—and then die.

There are exceptions—notably the abortion subplots on Friday Night Lights and Grey’s Anatomy—but even there, the decision to end a pregnancy is often a tortured one. In Obvious Child, by contrast, Donna’s choice is, well, obvious. Played by the charming Jenny Slate, she’s a struggling comedienne who, reeling from a bad breakup and a lost job, falls into bed with Max, a guy she meets at her Brooklyn comedy club after performing a disastrous set. She’s very upset when she learns she’s pregnant, but like many women in tenuous situations, she never considers keeping the pregnancy. The last time abortion was handled so straightforwardly in the movies was in 1982’s Fast Times At Ridgemont High, and director Amy Heckerling has said she doesn’t think she’d be able to get away with that today.

“I’d like an abortion please,” Donna says during her initial, very realistic consultation at the clinic, filmed inside an actual Planned Parenthood. The counselor says she wants to make sure that Donna understands all her options— common practice, despite right-wing propaganda to the contrary. But Donna, is clear about what she wants. She’s deeply sad about the pregnancy, but only becomes truly distressed when she learns it’s going to cost her $500, the same as a month’s rent.

The drama in the movie isn’t about whether she will or won’t have an abortion but about what will happen with Max, who turns out to be a total sweetheart. Because she’s only three weeks pregnant when she goes to the clinic, she has to wait until she’s further along to have the procedure—and the first day she can schedule it is February 14. In the interim Max, a stolid, white-bread business school student who dreams of grandfatherhood, pursues her with unexpected earnestness. In a more conventional film, he’d come to her rescue on Valentines Day, saving her from abortion by promising to raise a child with her, but Obvious Child, thankfully, never holds that out as a possibility, and certainly not a desirable one.

In truth, the romance in Obvious Child is a lot less believable than the abortion. While the movie is often very funny, I don’t want to overpraise it simply because it’s so politically refreshing. It has the occasional whiff of agitprop; when Donna confesses her pregnancy to her judgmental mother, you know she’s going to reveal her own pre-Roe abortion. If the ordinary drama of abortion were more regularly represented in the movies, Obvious Child wouldn’t be much more than an amusing hipster diversion. But it’s not, and so the film is a flawed revelation.