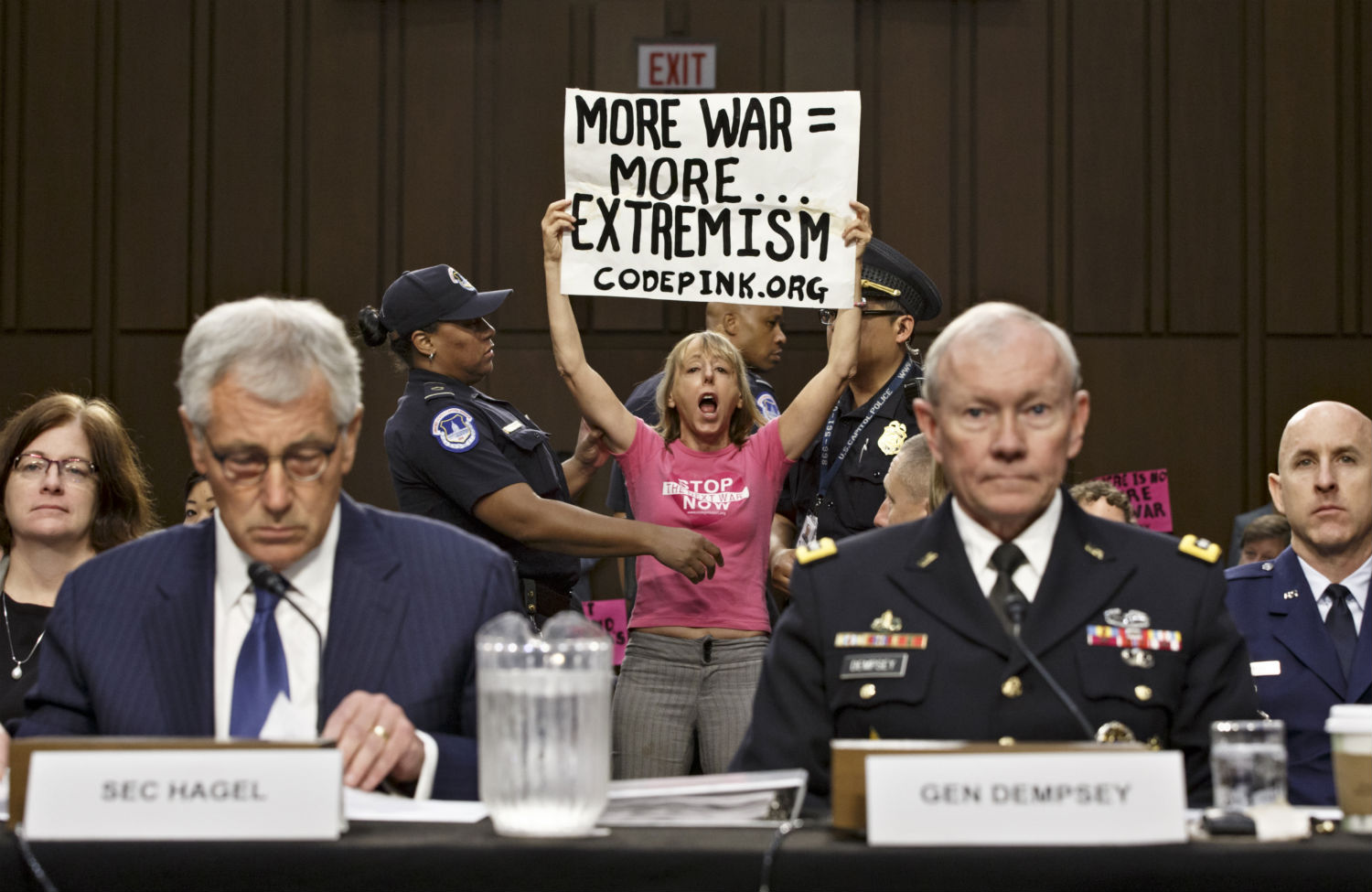 President Obama has repeatedly declared there will be no combat troops on the ground in Iraq to fight the Islamic State of Iraq and the Levant. But a Senate hearing Tuesday with top US military officials revealed that pronouncement is on very shaky ground—there is now no question ground troops are under active consideration at the highest levels of government.

General Martin Dempsey, chairman of the Joint Chiefs of Staff, said in his opening remarks he isn’t ruling out asking Obama for ground troops. “To be clear, if we reach the point where I believe our advisers should accompany Iraqi troops on attacks against specific ISIL targets, I will recommend that to the president.”

Dempsey also testified that the president asked him “to come back to him on a case-by-case basis” on the subject of ground troops.

There are currently about 1,600 US troops on the ground in Iraq serving in “advisory” roles. Dempsey reiterated several times he could imagine scenarios in which he would want them to switch into more active roles, though his potential rationale for doing so changed in striking ways throughout the hearing.

Dempsey first said, in a response to a question from Senator Carl Levin, the chairman of the Senate Armed Services Committee, “If there are threats to the United States, then of course I would go back to the president and make a recommendation that may include the use of US military ground forces.”

But moments later, in a response to a question from Senator Jack Reed, he outlined an entirely different scenario that would involve US troops heading into battle without a clear threat to the United States.

“If the Iraqi security forces and the pesh [peshmerga, Kurdish fighting forces] were at some point ready to retake Mosul, a mission that I would find to be extraordinarily complex, it could very well be part of that particular mission to provide close combat advising or accompanying for that mission,” Dempsey said. “But for the day-to-day activities that I anticipate will evolve over time, I don’t see it to be necessary right now.”

“Close combat advising” and “accompanying” don’t literally mean fighting, but clearly US troops would be present in a gritty urban combat operation.

It is not known if there are any plans by those forces to force ISIL out of Mosul, but also on Tuesday morning, the BBC reported that the peshmerga “are preparing to start a push to retake the plain of Mosul,” also known as the Nineveh plains, which are outside the city.

Moreover, accomplishing the goals in Iraq already set forth by Obama and other top US officials would seem to necessitate the surrender of Mosul by the Islamic State.

Dempsey clarified in the hearing that military goals are to “destroy ISIL in Iraq, restore the Iraqi-Syrian border, and disrupt ISIL in Syria,” and if the Islamic State retains control of Iraq’s second-largest city, it would be hard to say that mission was accomplished.

Secretary of State John Kerry already opened the door to ground troops last week, when he said they would not be used “unless, obviously, something very, very dramatic changes.”

The Senate hearing was frequently interrupted by anti-war protesters from the group Code Pink.