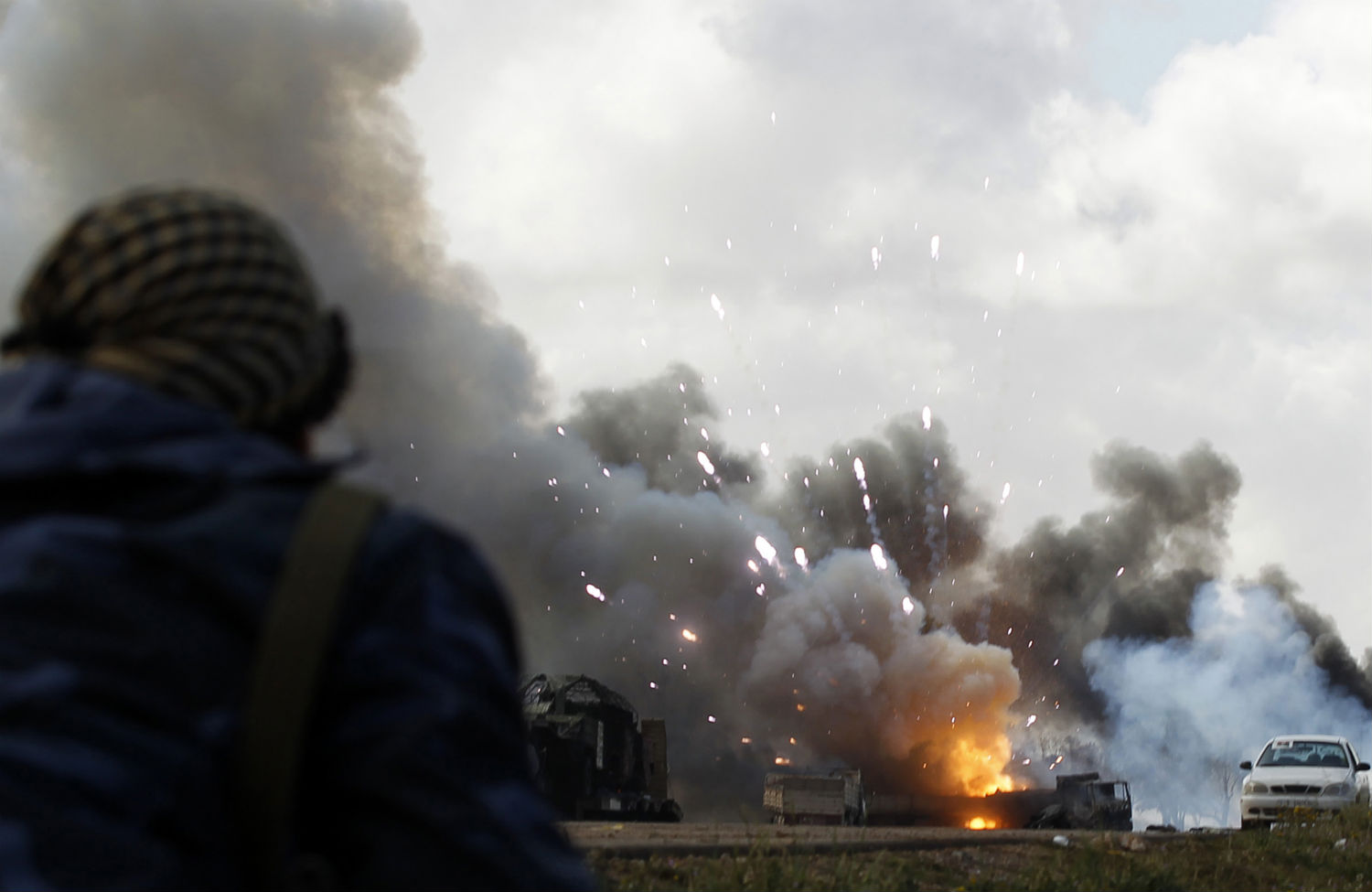 A vehicle belonging to forces loyal to Libyan leader Moammar Gadhafi burns after a 2011 air strike by US forces. (Reuters / Goran Tomasevic)

Despite talk of a pivot to Asia, the US military’s gaze has settled on Africa. That isn’t news for anyone who has followed the expansion of US Africa Command (AFRICOM) on the continent. But it’s a decisive shift that until now US officials have been loath to acknowledge.

The veil lifted slightly on Wednesday when President Obama asked Congress for $5 billion to train and equip foreign governments for counterterrorism activities. Most of the countries he cited are in northern Africa, including Somalia, Libya and Mali. US Special Operations are reportedly already training new counterterrorism units in Libya and Mali, as well as Niger and Mauritania.

“Today’s principal threat no longer comes from a centralized Al Qaeda leadership. Instead, it comes from decentralized Al Qaeda affiliates and extremists, many with agendas focused in the countries where they operate,” Obama said. “We need a strategy that matches this diffuse threat; one that expands our reach without sending forces that stretch our military thin, or stir up local resentments.”

The Counter-Terrorism Partnerships Fund, as the administration dubbed the program, would apparently add more money and a new name to an existing slate of security cooperation programs. Over the last few years the United States has spent millions training proxy forces to combat local insurgents in Africa; one example is a $500 million operation called the Trans-Saharan Counterterrorism Initiative that provides training and equipment to ten African partners.

According to the journalist Nick Turse, who has covered AFRICOM extensively for TomDispatch, the number of operations, programs and missions conducted by the US military in Africa has increased by more than 200 percent since the command was established in 2008. In 2012 alone the United States planned fourteen major training operations across the continent, including in Mali, Morocco, Uganda, Botswana, Lesotho, Senegal and Nigeria.

“AFRICOM talks about this like it’s small-scale and low-key to the public, but when you listen to what they’re saying in private it’s really startling,” Turse told me. He’s heard officers refer to Africa as “the battlefield of tomorrow, today.” One AFRICOM official acknowledged to a room full of private contractors that the command had “shifted from our original intent of being a more congenial combatant command to an actual war-fighting combatant command.”

Counterterrorism cooperation sounds innocuous enough, particularly when presented rhetorically as an alternative to ground wars. However light-footed, the strategy Obama made explicit on Wednesday nevertheless endorses expanded US military activity on the continent. Unfortunately, the president was not so much signaling the end of the era of military adventurism as directing it towards a new arena in fresh packaging. And as with more conventional military endeavors, deeper involvement in Africa carries risks of blowback, particularly by drawing large militant networks into local conflicts.

Recent experiences in Libya and Mali—two countries that Obama cited on Wednesday as presenting opportunities for expanded military cooperation—are instructive. In Libya, the US-backed operation to overthrow Muammar Qaddafi empowered a handful of militant groups and helped turn the country into a training ground for radical guerrillas. Meanwhile, arms from Qaddafi’s arsenal made their way to Mali, where they enabled a coup led by a captain named Amadou Haya Sanogo, who had received extensive military training in the United States. In turn, weapons and militants from Mali now appear to be boosting the insurgency in Nigeria.

Obama’s speech has been widely interpreted as hailing a “new, postwar foreign policy,” marking the start of a new era focused on “facilitat[ing] partner countries on the front lines.” But deriding the “costly mistakes” of large-scale military intervention is not a new position for Obama. It’s what got him elected.

Obama wasn’t announcing a novel position at West Point; he was defending his policies, including drone strikes and deepening engagement in Africa. In doing so Obama spoke as if overt intervention and behind-the-scenes meddling were not two sides to the same coin. Fundamentally, both are military solutions. America’s fights in Iraq and Afghanistan may be (not quite) over, but it’s shortsighted to call policy “postwar” if it’s dedicated to perpetuating the “War on Terror.”

The good news is that by asking Congress to fund the Counter-Terrorism Partnerships Fund, Obama has created an opportunity for lawmakers and the public to ask tough questions about the objectives and risks of expanding the military’s footprint in Africa, and with dubious partners. Let’s hope they take it.