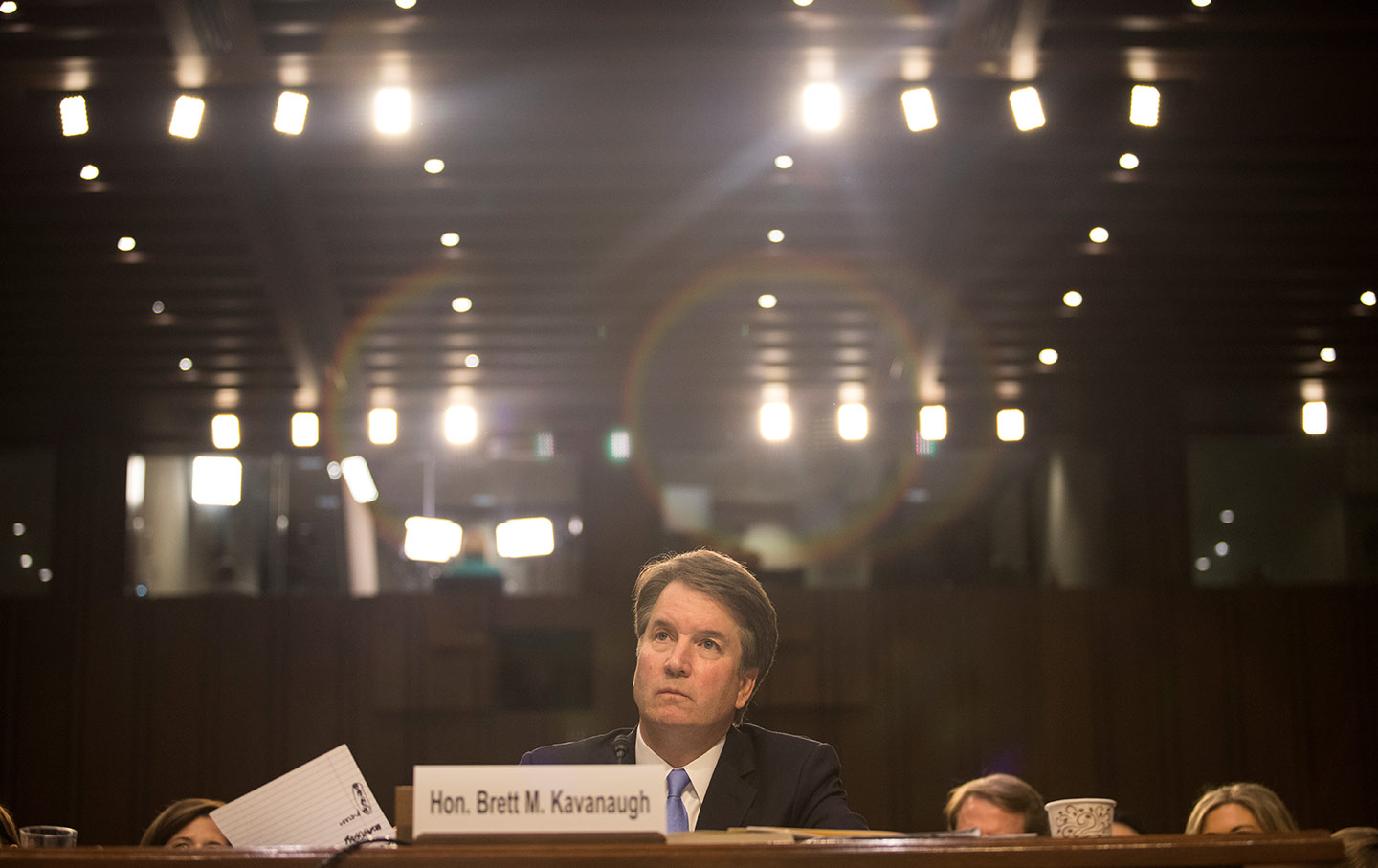 Senate majority leader Mitch McConnell and Senate Judiciary Committee chairman Charles Grassley have repeatedly signaled that they are more interested in seating President Trump’s nominee on the Supreme Court than in performing their sworn duty to provide advice and consent as part of a system of checks and balances. But, as the confirmation process for Judge Brett Kavanaugh has been rocked by allegations of sexual assault and profound questions about whether this nominee has been properly vetted, McConnell and Grassley can no longer be allowed to reject the basic standards for Senate consideration of Supreme Court picks.

It is now abundantly clear that, in their rush to confirm an exceptionally controversial nominee, McConnell and Grassley disregarded their oaths of office and the mandates of the Constitution. They shamed themselves and the chamber they have occupied for most of their adult lives—McConnell since 1985, Grassley since 1981.

With just days to go before Thursday’s scheduled vote by the Judiciary Committee on the Kavanaugh nomination, McConnell and Grassley have been tripped up in their rush to position Trump’s man on the bench in time for the October term of the high court—and, of far more consequence in McConnell’s fiercely partisan calculus, before November elections that might upset dominance of the Senate by corporate-aligned Republicans.

California college professor Christine Blasey Ford has alleged that Kavanaugh sexually assaulted her more than three decades ago, when they were high-school students. She has told her story in a letter to California Senator Dianne Feinstein and a compelling interview with The Washington Post. She has provided details of a polygraph test and therapist notes that corroborate her account.

Key Republican senators, including Maine’s Susan Collins, who is considered an essential swing vote on court picks, and Arizona’s Jeff Flake, a member of the Judiciary Committee, say further action on the Kavanaugh nomination should be delayed until Ford is given a hearing. “If they push forward without any attempt with hearing what she’s had to say, I’m not comfortable voting yes,” Flake said Sunday. “We need to hear from her. And I don’t think I’m alone in this.” Even White House counselor Kellyanne Conway says, “This woman should not be insulted and she should not be ignored.”

“Let me make very clear: I’ve spoken with the president, I’ve spoken with [South Carolina Senator Lindsey] Graham and others,” says Conway. “This woman will be heard. She’s going to… I think the Senate Judiciary Committee will decide how and through which forum.”

Democrats on the Judiciary Committee have asked that Thursday’s planned vote on the nomination be put off until “serious questions about Judge Kavanaugh’s record, truthfulness and character” can be “thoroughly evaluated and answered.” Senator Sheldon Whitehouse (D-RI) explains that this is about much more than a simple time-out. “I admire the courage Ms. Ford has shown in coming forward with her story. This requires a pause, at a minimum, in the unseemly, special-interest-funded rush to put Brett Kavanaugh on the Court,” says Whitehouse, a veteran prosecutor and former state attorney general. “Kavanaugh’s blanket denial cannot be reconciled with her specific recollections, and the FBI needs time to take proper witness statements. Lying to an FBI agent in a formal interview is a crime, and an impeachable offense.”

If the Republicans insist on advancing the nomination without a proper review by the FBI, the Judiciary Committee has to temper the excesses of partisanship that have so far been on display in the approach of McConnell and Grassley to this process.

Ford must be afforded an opportunity to testify to the full committee in a formal session that is organized with an eye toward providing her with a fair and responsible hearing. Kavanaugh should also be called to testify. Witnesses who can provide additional information and insight should be heard.

Fatima Goss Graves, the president and CEO of the National Women’s Law Center, outlines some basic standards for how the Judiciary Committee, and the Senate, can proceed: “Christine Blasey Ford never asked to come forward and share her story about the sexual violence she says she experienced at the hands of Brett Kavanaugh. She was dragged into the spotlight against her will. But now that Ford’s story is public, the Senate is obligated to take these allegations seriously and give them the careful consideration they deserve—while protecting the private citizen who many will now target for personal destruction because she has named her experience. The Senate has an opportunity to get it right this time and not repeat the wrongs that were done to Anita Hill in 1991. Anita Hill’s testimony and the witnessing of all who have come after her—especially over the past year—have made it indisputable: sexual harassment and sexual violence are behaviors that must never be excused or explained away. If the charges are true, Kavanaugh’s behavior makes clear that he is not fit for a seat on the Supreme Court, or any court.”

This must be seen as the point at which the Judiciary Committee begins the serious consideration of the Kavanaugh nomination that McConnell and Grassley thwarted with their hyper-politicized attempt to hasten the process. Revelations regarding Kavanaugh that have emerged since the initial Judiciary Committee sessions with the nominee must be reviewed. Christine Blasey Ford is prepared to testify, and senators have a duty to consider that testimony. Emerging evidence that Kavanaugh has repeatedly lied to the committee must also be considered—in order to provide context for his response to Ford’s account and, more broadly, to give senators perspective when considering a nomination that demands the oversight McConnell and Grassley have tried to avoid.