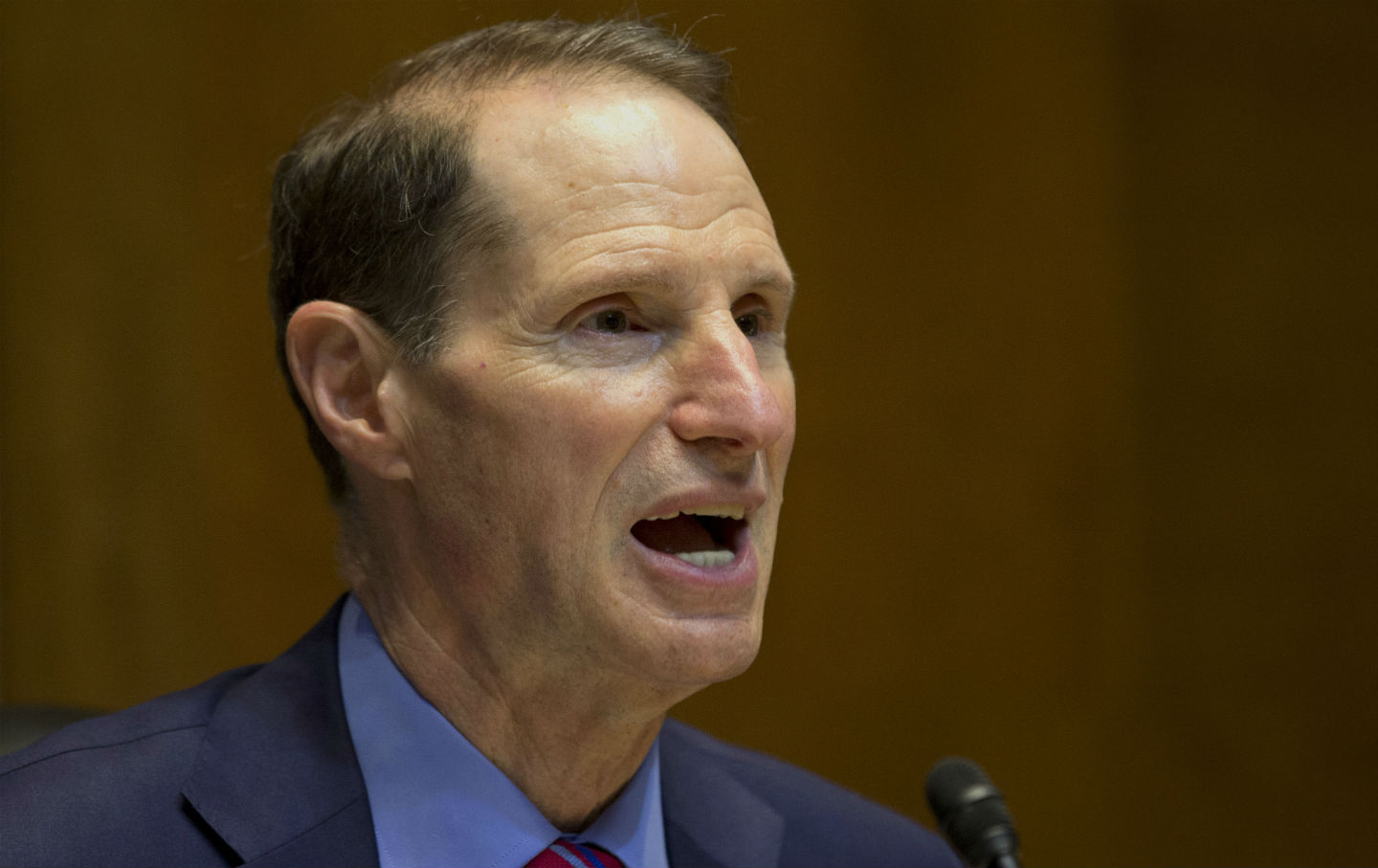 After months of back-room negotiations, key congressional negotiators are finally ready to unveil legislation that would fast-track approval for the Trans-Pacific Partnership. The bill would prohibit Congress from amending the trade deal, and would require a simple-majority vote for passage, but would in exchange set a variety of negotiating parameters.

If the architects of the legislation—Senators Ron Wyden and Orrin Hatch and Representative Paul Ryan—are at all worried that members of Congress will feel fast-track leaves them out of the process, they are doing a pretty terrible job of addressing those concerns.

A Senate Finance Committee hearing Thursday morning featured top US trade officials—but occurred before the legislation was even unveiled, and was called with almost no notice. This drew some unusual and strong rebukes from Democrats on the Finance Committee over an unfair process.

Hatch and Wyden, the chairman and ranking member of Senate Finance respectively, called hearing on Wednesday night that was ostensibly about “Congress and US Tariff Policy.” It featured several top US officials that deal with trade: US Trade Representative Michael Froman, Agriculture Secretary Tom Vilsack, and Treasury Secretary Jack Lew.

Hatch announced at the top of the hearing that fast-track legislation could come as early as the afternoon, and both he and Wyden began their opening statements by talking about the looming bill.

Members of the committee thus suddenly found themselves in a fast-track hearing without knowing it—and before they saw the legislation. Many of them didn’t like it.

Senator Chuck Schumer, likely to be the next Democratic majority leader, opposes fast-track and objecting in the hearing to “rushing” the legislation. Senator Sherrod Brown said “We got twelve hours notice on a bill we haven’t seen…you can’t fast-track fast track.”

Senators appeared unsure if they would even get to see the legislation before a vote. Senator Debbie Stabenow asked if the committee would have to vote “on an agreement that we have not yet even seen and that hasn’t been reached,” according to the Huffington Post.

As the hearing was going on, six Democratic members of the committee took the unusual step of issuing a joint statement objecting to the hearing they were sitting in on:

“With millions of jobs on the line, American workers and manufacturers deserve more than a hastily scheduled hearing without an underlying bill. Congress should undergo a thorough and deliberative committee process for debating trade agreements that account for 40 percent of our world’s GDP. And we should be debating a bill that has seen the light of day and contains strong provisions to protect American workers against illegal trade practices like currency manipulation.”

Schumer, Brown and Stabenow, along with Senators Robert Menendez, Ben Cardin and Bob Casey attached their names to the statement.