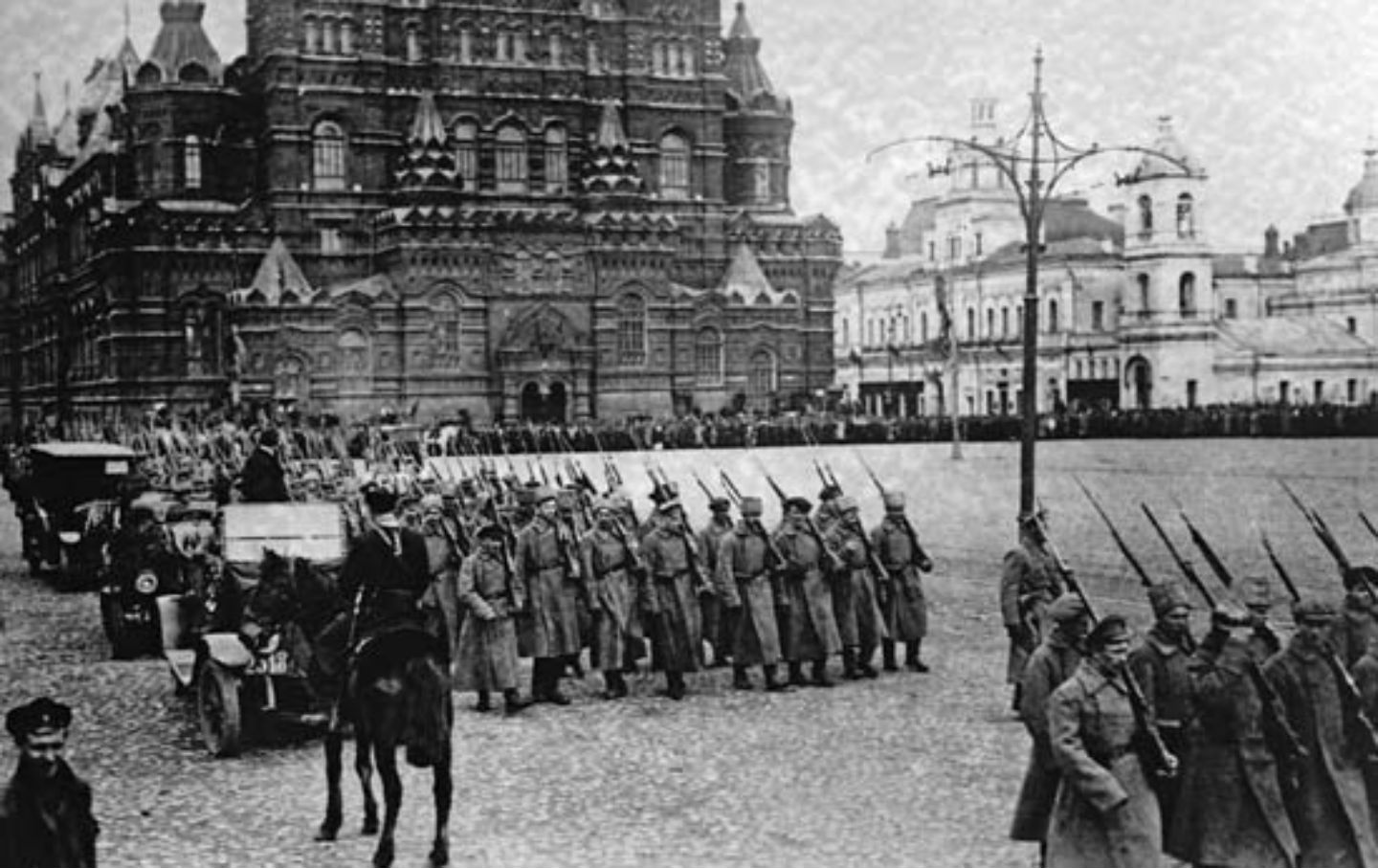 Bolsheviks marching through the Red Square in Moscow. (Wikimedia Commons)

When the Bolsheviks overthrew the provisional revolutionary government on this day in 1917, bringing the Russian Revolution, begun several months earlier, to its climax, The Nation’s Simeon Strunsky wrote a piece, “What the Bolsheviki Really Want.”

What we see now in Russia is the latest phase in the struggle, not between two foreign policies, but between two internal policies. It has been a contest between the moderate programme of a political revolution preparing the way for the progressive realization of the Socialistic ideal—Kerensky—and the immediate realization of the Socialist commonwealth—Lenine. The Bolshevik conception—Lenine has virtually said it—is as follows: We had one revolution when the Czarism was overthrown. We have now put through a second revolution by deposing Kerensky and putting the powers of government into the hands of the “people.” When we have given the land to the peasants and the instruments of production to the industrial workers, we shall have put through the third, the final, the Revolution.