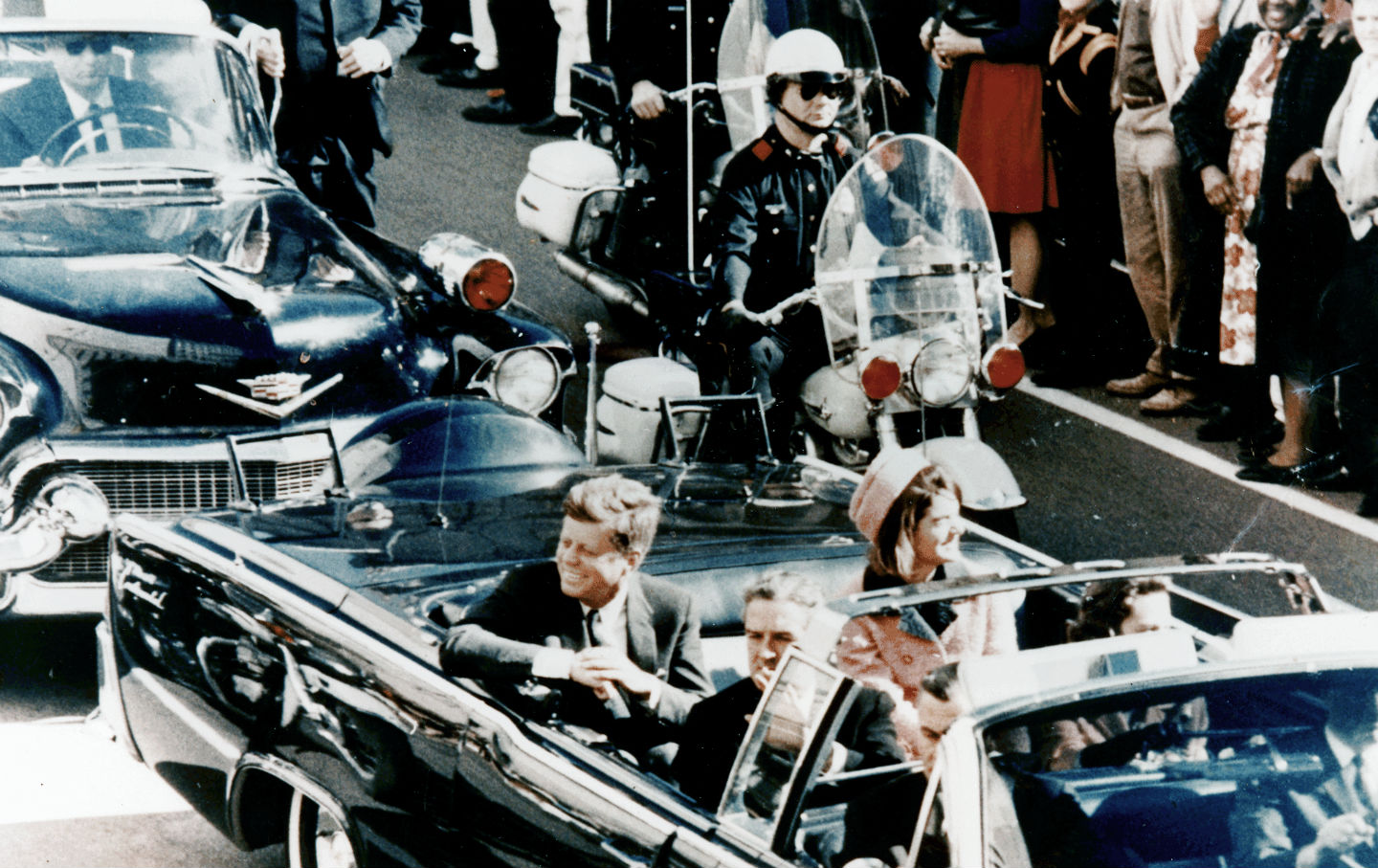 President Kennedy in the limousine in Dallas, Texas, on Main Street, minutes before the assassination. Also in the presidential limousine are Jackie Kennedy, Texas Governor John Connally, and his wife, Nellie. (Wikimedia Commons / Baylor University Collections of Political Materials)

In the issue of The Nation following the assassination of John F. Kennedy in Dallas on this day in 1963, the editors wrote:

A young President, John F. Kennedy must have known or sensed that he did not have all time and eternity to accomplish his major objectives. He was in a hurry to reach the top and he was not long in reaching it. Once there he wanted to get things done, to spin the wheels faster, to move along. It was as though he kept hearing at his back “Time’s winged chariot hurrying near.” But long before his tragic death he had learned that great as is the power of the American Presidency—and of the American nation—our ability to shape the course of events is not unlimited….

We had begun, under his maturing leadership, to cut back arms spending, to reduce some military commitments, to explore the possibilities for a gradual reduction of tensions—in a word, to make the great turn toward peace. John F. Kennedy will be remembered with affection and admiration for many fine qualities and achievements but above all for the fact that, after some false turns and starts, he set in motion the great task of directing American power toward broader objectives than deterrence and containment….

That he had brought us this far—and the polls would seem to show that he had struck a responsive chord—was the President’s finest achievement.