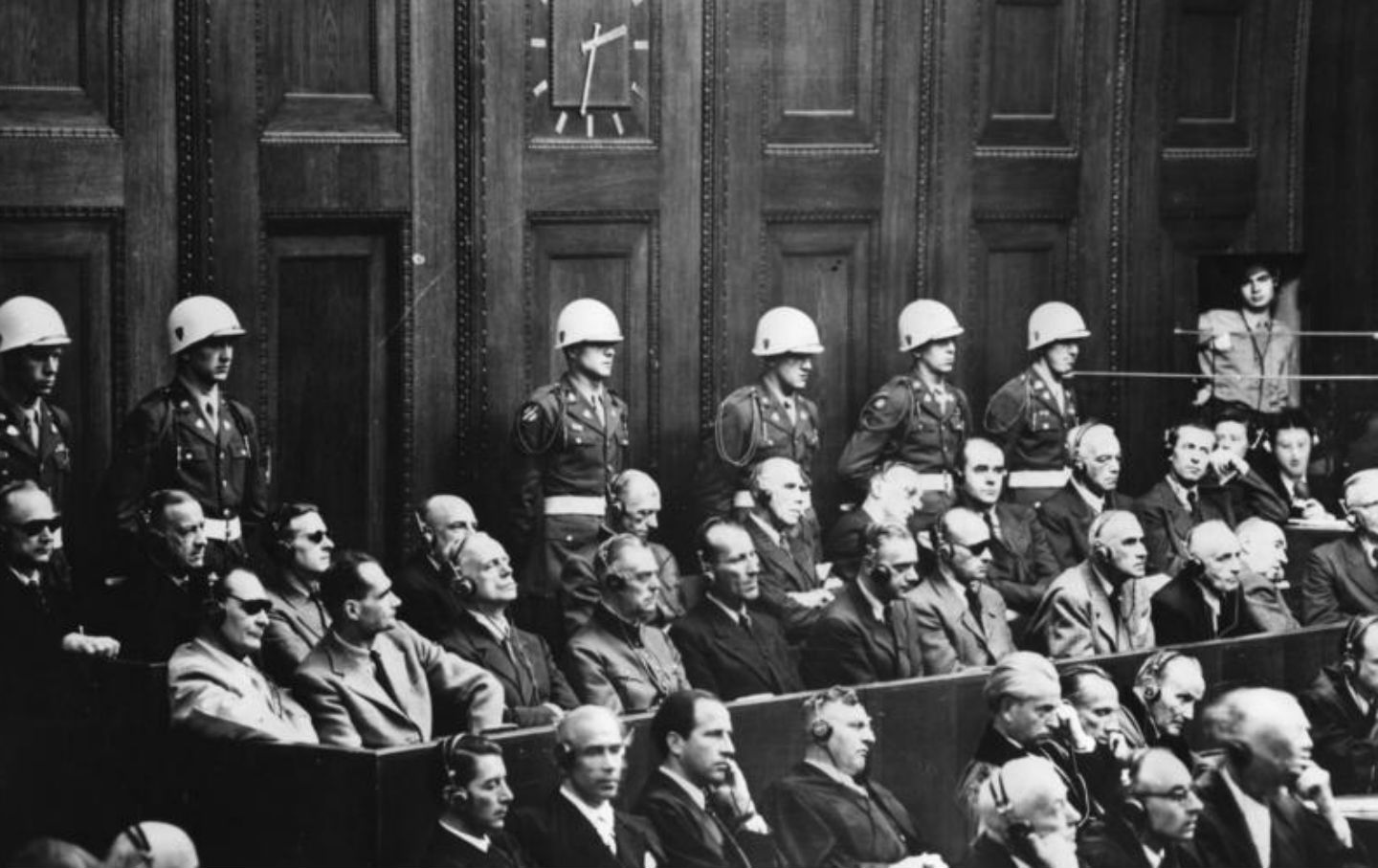 On this day in 1945, the Nuremberg trials began. In a brief editorial comment in this same issue, The Nation argued that the trials featured “the trappings of legality with little of its essence.” Two weeks later in The Nation, the German-born Jewish science-fiction writer Peter de Mendelssohn wrote about the trials and the men who were being tried.

Against the immeasurable agony they caused, the twenty shabby men who sit on hard wooden benches in the courthouse facing the eight just men of the tribunal seem almost out of proportion…. Clearly, they do not measure up to the tremendous significance of the trial. One can’t help feeling one would have liked to see bigger men—bigger in every sense—answer for the calamity which will be unfolded by the evidence laid before the tribunal. These are very little men, and that is perhaps what makes their conspiracy the outrageous thing it was.

Hitler, of course, isn’t there. Those who are there are a ragged, spiritless, motley crew of second-rate characters. The light, if ever it shone in them, has certainly gone out. What was that light? Was it Hitler? Something undoubtedly held the group together. What the trial would have been like if Hitler had been taken alive it is difficult to imagine. In trying twenty of his closest friends and associates is the tribunal also trying him? It doesn’t seem so. He seems far removed from it all. One can’t help feeling that in a way the tribunal is trying the bulb and not the light, an empty cartridge and not the explosive that fired. But the course of the trial may change that impression. It may or may not place Hitler finally in history, reveal him as he really was.