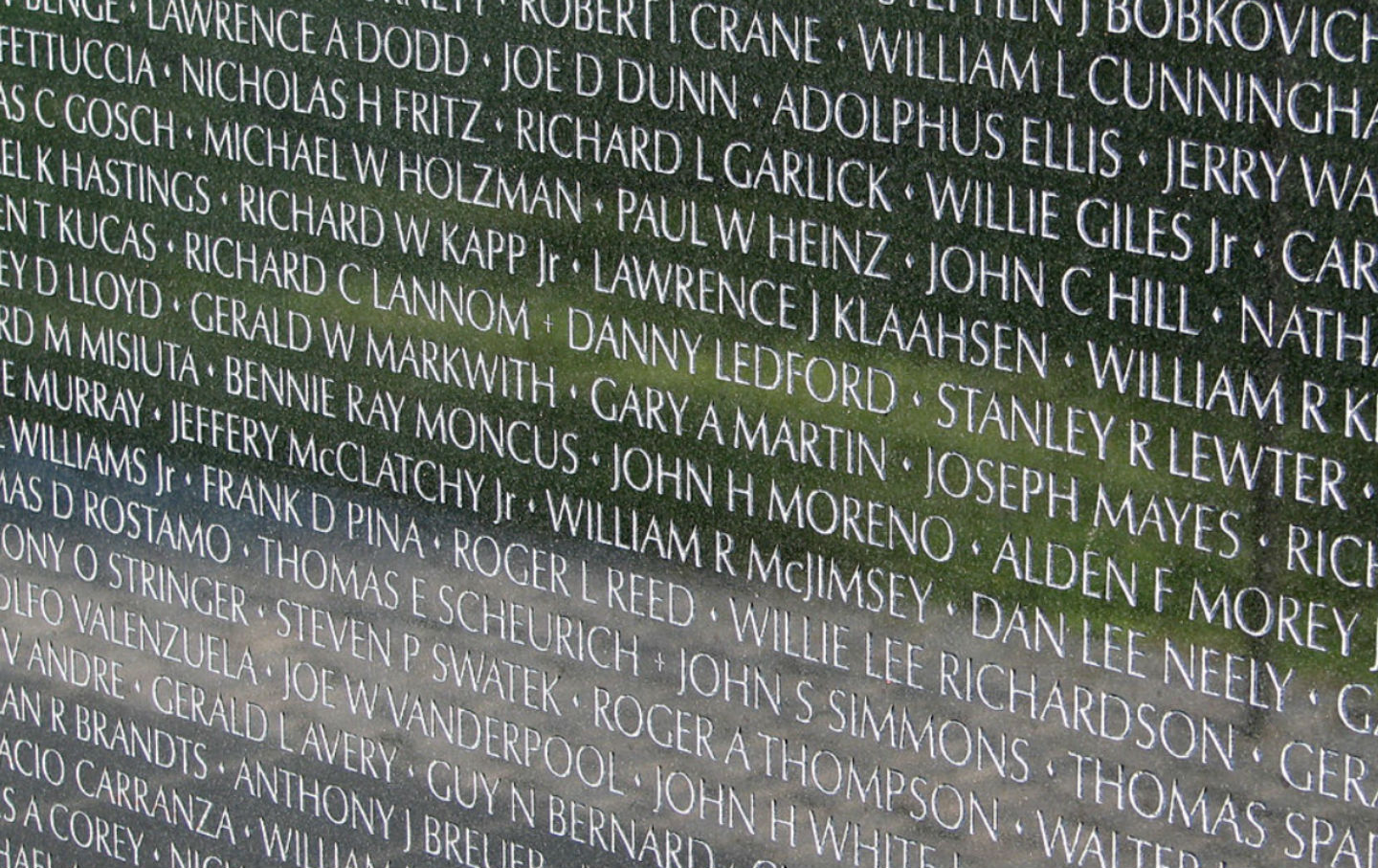 A few weeks after the Vietnam Veterans Memorial opened on the National Mall on this day in 1982, the journalist Peter Marin wrote a piece for The Nation considering how well the memorial encapsulated what the war had really been about, both in Southeast Asia and at home.

The dedication of the Vietnam veterans’ memorial on the Washington Mall two weeks ago aroused the familiar controversies about its design and its cultural and political functions, echoing many of the points of view about the war that remain among us. There is very little one can say about the monument itself. Its clean lines demand contemplation rather than patriotism or veneration, and perhaps no one can argue with that; but they do very little to remind Americans about the actual nature of the Vietnam War—the horrors and corruption, the moral culpability and negligence, the excesses—or about their own country. One cannot be surprised by that, of course. Roland Barthes pointed out long ago that a culture’s myths serve two functions at once: they commemorate the past but also disguise it, they make it both more and less than it was, they erode history and with it the palpable truths of specific human action and its consequences. It is much the same with monuments or memorials. These are the material ways societies mythologize the past, making it a part of memory rather than thought, an object of sentiment rather than sentience. The Vietnam memorial is no exception, and the fact that we do the same thing in America makes us no worse than anyone else; one can hardly expect images of napalmed children and weeping parents to remind us of what the war was really like. And it is true, too, that there are so many veterans currently in one sort of distress or another that one ought not to be overly scrupulous about anything that may, like the memorial, alleviate it. And yet, having said that, one must say something more. It would be unfortunate for us all, including the veterans, if the memorial had the effect of closing the door on the past or trying to heal the wounds left behind—as if, in the words of a veteran I met recently, “everything was all right now, all hunky-dory, we’re all friends again and all that shit, and the war itself will be forgotten.” For we have not, as a people, really come to terms with what the vets are only now, as the war gradually recedes into the past, beginning to learn about themselves and can perhaps teach the rest of us.